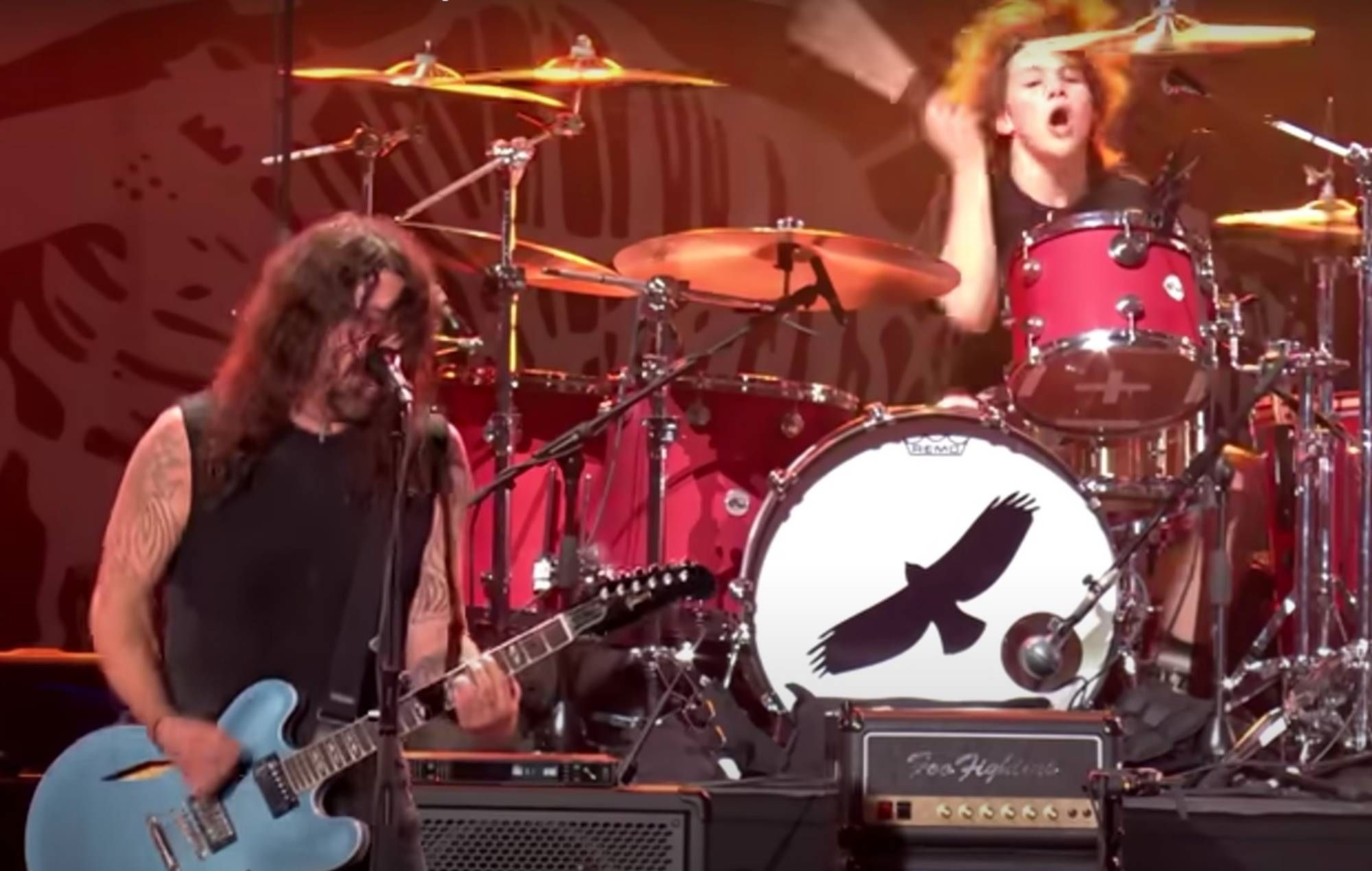 Footage has been shared of Foo Fighters performing ‘My Hero’ with late drummer Taylor Hawkins’ son Shane from the first of two tribute concerts over the weekend.

The 16-year-old got behind the drums for the 1997 hit, which he previously performed in tribute to his late father in July, with the band at Wembley Stadium over the weekend.

Following a performance of Hawkins’ favourite song of the band’s ‘Aurora’ with David Bowie‘s drummer Omar Hakim, Grohl announced: “Now, we’ve got the little guy. Let me tell you, I don’t think I’ve ever seen anyone hit the drums as hard as this person. But beyond that, he’s a member of our family and he needs to be here tonight with all of us and I think it makes sense that he’s going to come up and play with us tonight.”

A photo of Shane and his dad was shown on the big screen as the young drummer kicked off the performance of the 1997 single, which you can view below. With Grohl cheering him on, Shane finished the song with a blistering solo.

At its opening on Saturday September 3, the event was promised by Foo Fighters’ Dave Grohl to be “a gigantic fucking night for a gigantic fucking person” – spanning nearly six hours with a set list of 50 songs.

Foo Fighters also notably performed for the first time since Hawkins’ untimely passing back in March.

The night saw Them Crooked Vultures reunite for the first time in 12 years, while
Supergrass performed three songs for their “huge fan” Hawkins.

Queen’s Brian May and Roger Taylor then joined Foo Fighters for a five-song set, while The Eagles‘ Joe Walsh led a reunited James Gang in their first live performance in 16 years. Calling them the “one band that I always associated Taylor Hawkins with” Grohl joined the surviving members of Rush, Geddy Lee and Alex Lifeson, on stage to perform a handful of the band’s biggest hits.

The final set of the night saw Paul McCartney, Travis Barker, Nandi Bushell, Rufus Taylor (son of Roger Taylor), Josh Freese and Devo join Foo Fighters on stage for ‘Times Like These’, ‘All My Life’, ‘The Pretender’, ‘Monkey Wrench’, ‘Learn To Fly’, ‘These Days’, ‘Best Of You’, ‘Aurora’, ‘My Hero’ and ‘Everlong’.