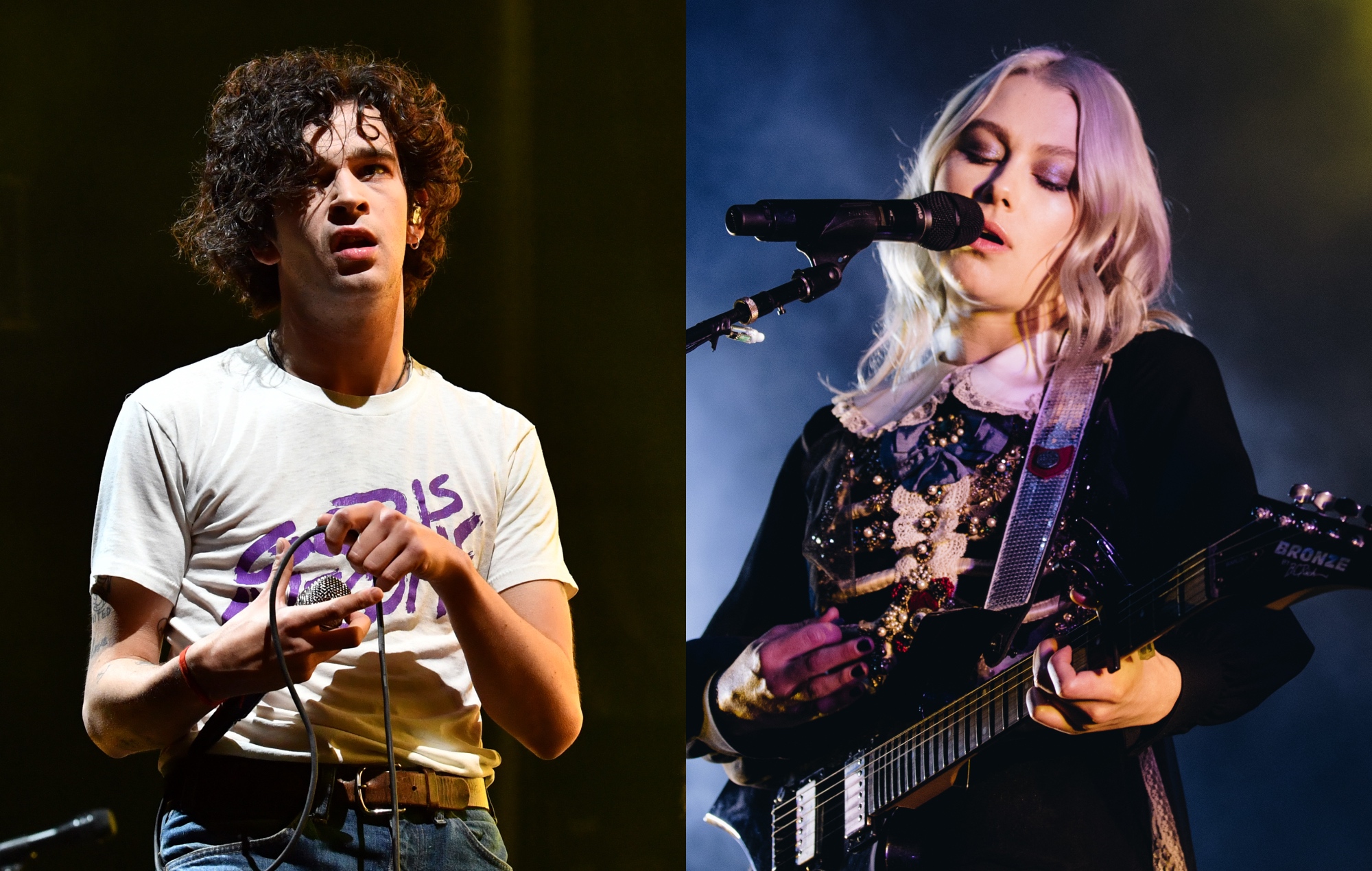 The 1975 frontman Matty Healy appeared as the surprise support act at Phoebe Bridgers‘ show in Los Angeles last night (October 22) – check out the footage below.

Healy delivered a special acoustic set at LA’s Greek Theatre, which was the final stop-off on Bridgers’ 2021 US tour. Ahead of the gig, the ‘Punisher’ singer-songwriter told her fans to “come early tonight. trust me”.

Bridgers joined Healy on stage to perform ‘Jesus Christ 2005 God Bless America’, her collaboration with The 1975 for their 2020 album ‘Notes On A Conditional Form’. It marked the first time the pair had played the song together.

Healy also performed two new tracks, one of which he revealed to be titled ‘New York’. Elsewhere, the frontman introduced The 1975’s 2013 single ‘Sex’ as an “emo classic” (via Rock Cellar Magazine).

You can watch fan-shot footage from the show below.

Healy’s airing of new material comes after he teased that he was “making another ‘classic record’” over the summer.

Bridgers previously told The Forty-Five that ‘Jesus Christ 2005 God Bless America’ was “a duet, but the people in the duet don’t want to fuck each other. It’s a love song of two lonely people”.

Last week Phoebe Bridgers was joined by special guest Julien Baker at her concert in Berkeley, California. The artist’s Boygenius bandmate appeared as the surprise opener, with the pair performing a cover of Loudon Wainwright III’s ‘One Man Guy’ together.