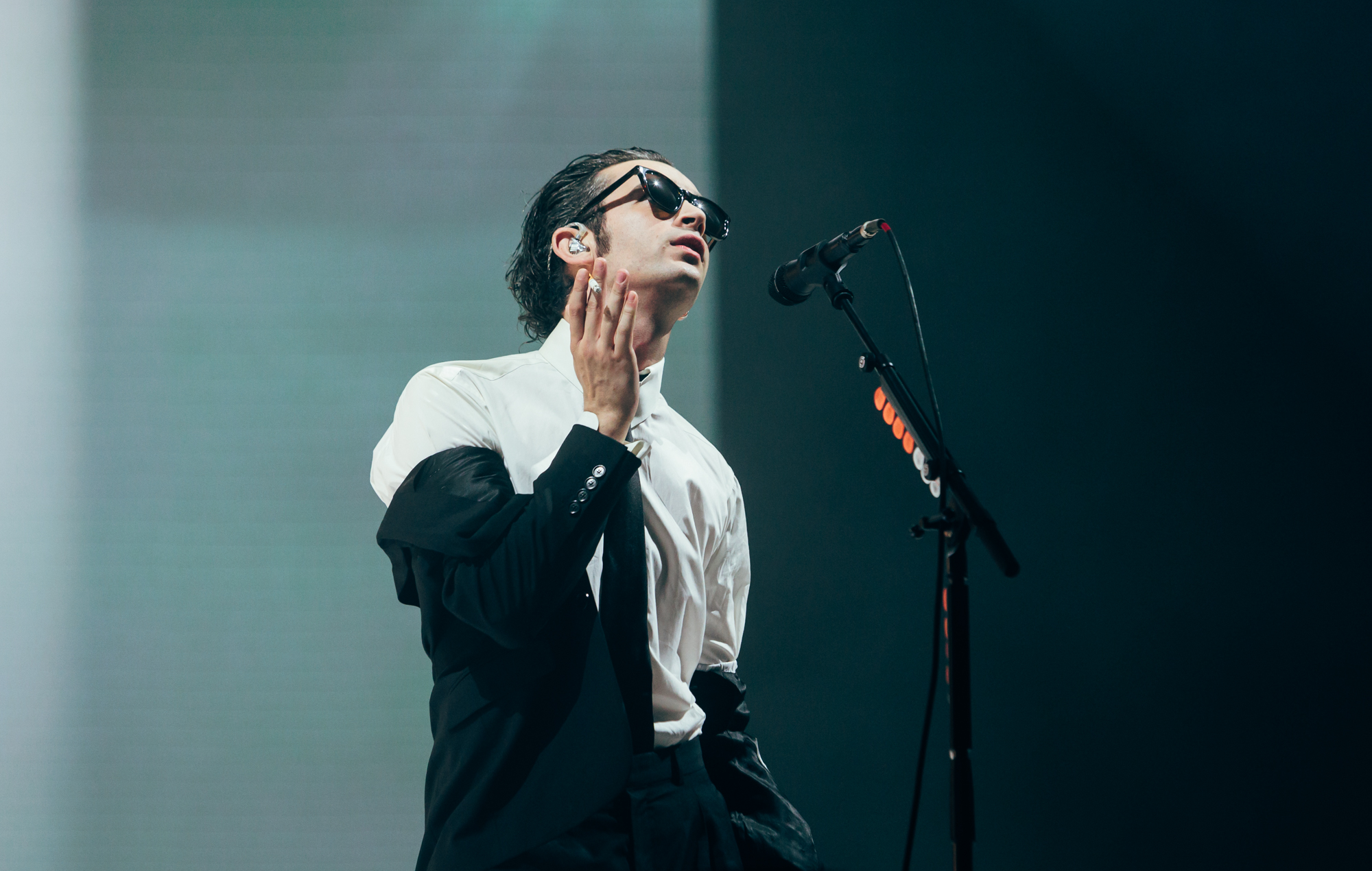 The 1975 have shared an official live performance of ‘Oh Caroline’ – check it out below.

The song appears on the Manchester band’s fifth album ‘Being Funny In A Foreign Language’, which came out yesterday (October 14) via Dirty Hit.

To mark the record’s arrival, Matty Healy and co. have released the first of three exclusive performances in partnership with Vevo.

The suave clip begins with ’75 frontman Healy sparking up a cigarette with an ‘Oh Caroline’-branded match. We then see the suited-up group playing the track in a turquoise-coloured set.

It’s not yet known when the remaining two live videos in the series will drop. In the meantime, you can watch a preview clip – soundtracked by the single ‘Part Of The Band’ – here.

In a four-star review of The 1975’s new album, NME wrote: “‘Being Funny In A Foreign Language’ feels like the right next step after pushing experimental excess to its logical conclusion, and is comparatively lean with just eleven tracks to its name.

“The 1975: At Their Very Best – the lofty, and slightly tongue-in-cheek title they’ve given to their upcoming tour – might be infuriatingly, brilliantly cocky, but let’s face facts: it’s also pretty accurate.”

Matty Healy spoke to NME for this week’s Big Read Cover feature. During the wide-ranging conversation, he shared his thoughts on The 1975 being a “post-Arctic Monkeys” group, and how they “could still be the most important band of the ’20s”.

The singer also talked about cancel culture, the problem with Gen Z on Twitter, his misunderstood comments on Rage Against The Machine at Leeds Festival, and the heart and humour on ‘Being Funny…’.

The 1975 are set to embark on a UK and Ireland arena tour in January 2023 following a string of North American concerts this November/December. You can find any remaining tickets here (UK) and here (North America).