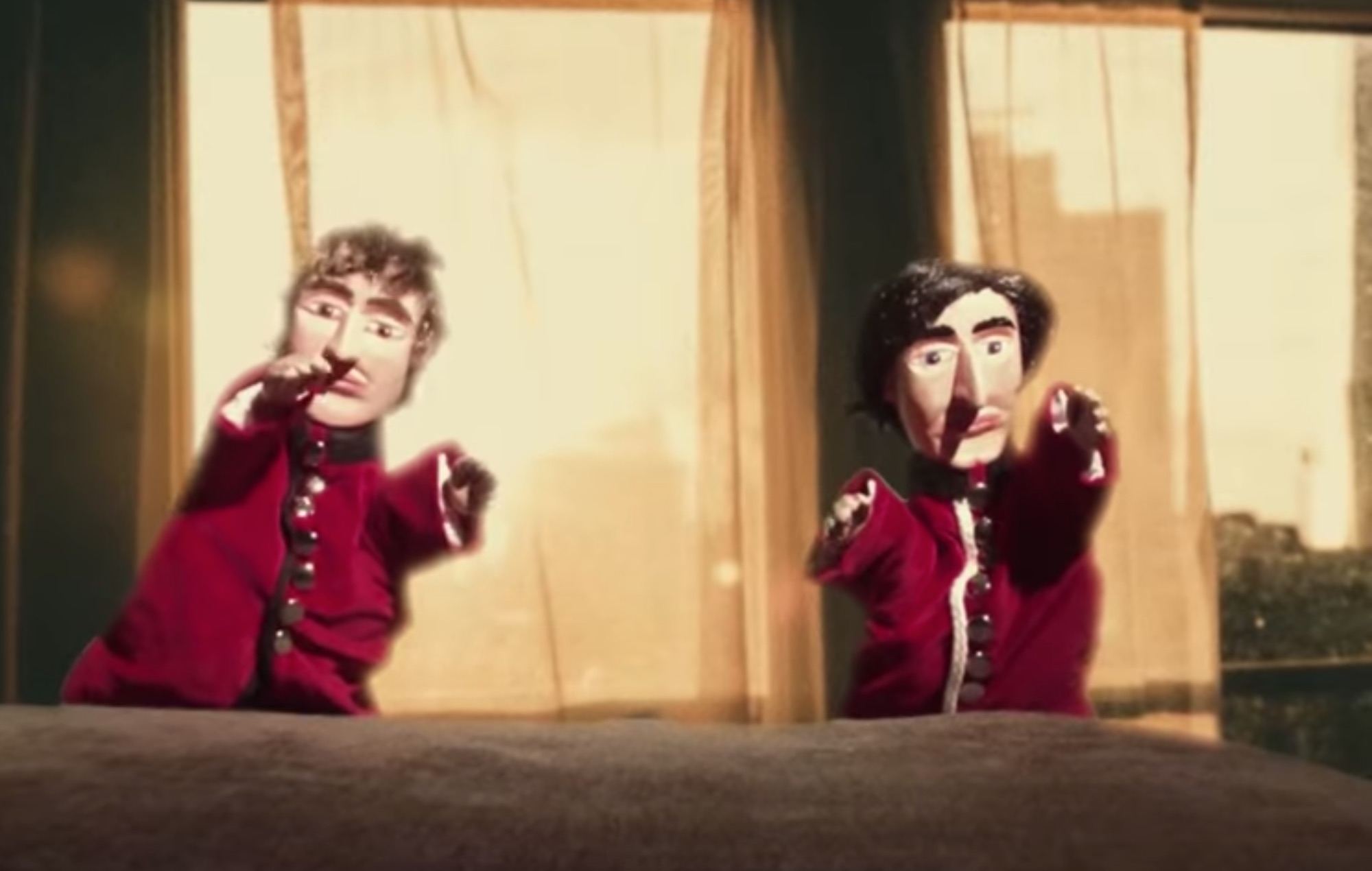 The Libertines have launched their own online puppet show – watch the first episode of Skint And Minted below.

In the new show, Pete Doherty and Carl Barat tell the story of how the band formed and when they signed their first record deal with Rough Trade.

The five-minute episode, complete with canned laughter and voiceovers from the band, begins with drummer Gary Powell, self-described as “the main one from The Libertines,” introducing the show.

After Barat says he quits the puppet show, Powell assures the audience that “quitting is some of us Libertines’ favourite hobbies,” adding: “Luckily, our second favourite hobby is reforming.”

The show, which sees the band developing a deep affection for, uh, sausages, goes on to see Carl and Pete waking up in The Albion Rooms with hangovers before deciding to form a band and writing the song ‘Can’t Stand Me Now’. “We could call the band… Babyshambles!” Doherty says.

The pair then receive a phone call from Rough Trade Records to offer them “a billion pound record deal”.

“This is perfect,” Barat says. “We’re gonna be in a band with Gary and John, and we’ll always be friends and never ever argue or split up or steal each other’s things.”

The Libertines have been sharing archival footage from across their career to keep fans entertained during lockdown.

Last week, they unearthed footage of a London performance from 1999, three years before they signed to Rough Trade and released their debut album ‘Up The Bracket’. The gig sees them playing an early version of ‘Music When The Lights Go Out’, which would end up appearing on their 2004 self-titled album.