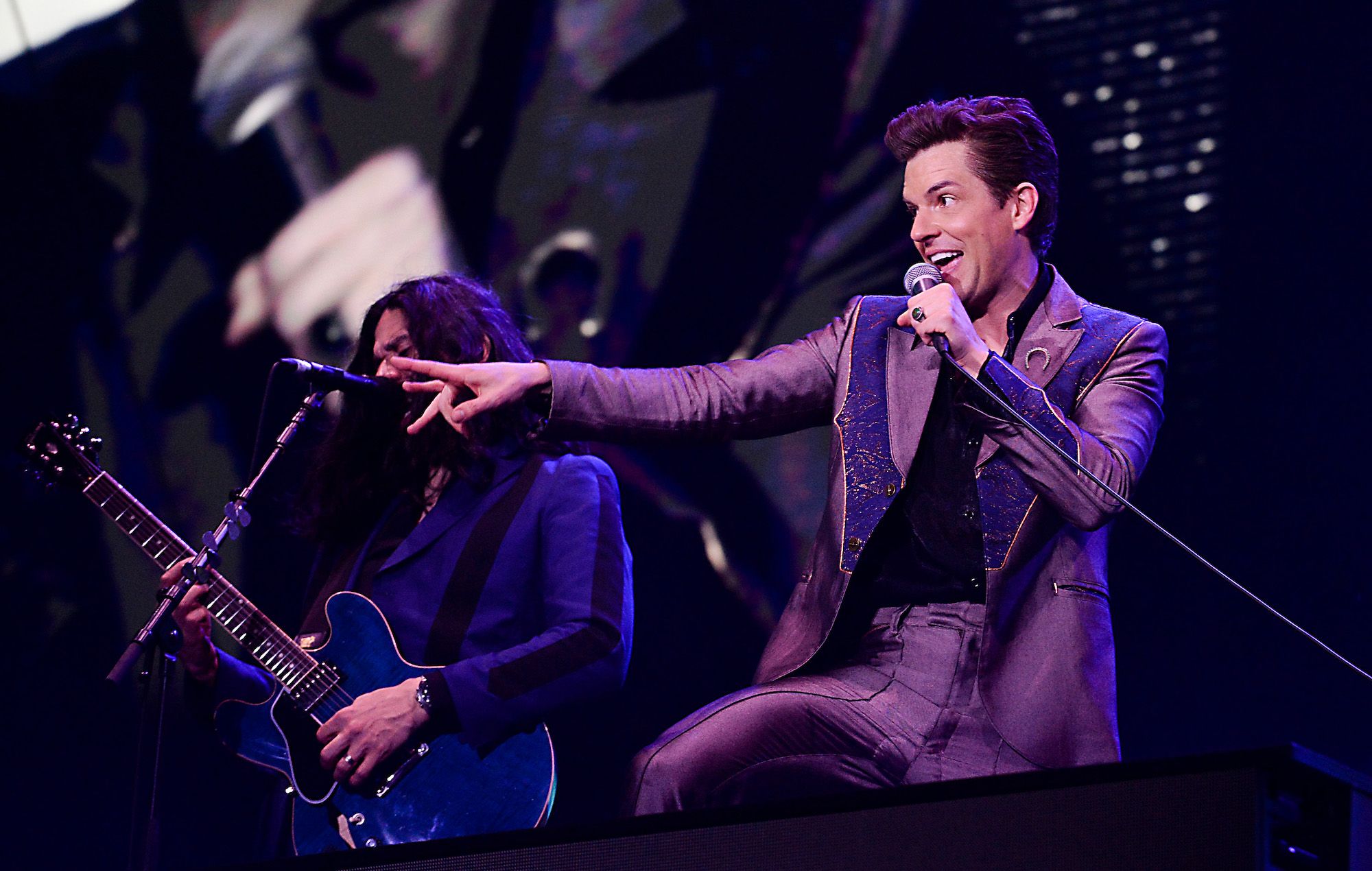 The Killers gave their song ‘Pressure Machine’ its live debut at the first of two dates in London last night (June 3).

The Las Vegas band are midway through a UK and Ireland tour right now and performed at Arsenal’s Emirate Stadium yesterday.

During the gig, The Killers aired the title track of their latest album, which was released last year, for the first time. The song was requested by BBC Radio 2 DJ Jo Whiley, according to frontman Brandon Flowers.

“Jo Whiley, she’s always championed us since the very beginning – she’s here tonight,” Flowers told the crowd. “She should have a jubilee, right? She said some wonderful things about this next song and she requested it tonight – if you don’t like it blame her. It’s called ‘Pressure Machine’.”

Whiley later responded to a fan on Twitter thanking her for requesting the track, saying: “Getting ‘Pressure Machine’ played at a @thekillers show might just be a life highlight! Glad you loved it like me!!”

Getting Pressure Machine played at a @thekillers show might just be a life highlight!💙 – glad you loved it like me!! https://t.co/yxiwT7PB2V

Watch fan-shot footage of the performance above now and see the setlist in full below.

The Killers preceded their current stadium tour with an intimate warm-up show in Sheffield last month. The band appeared at the city’s O2 Academy venue on May 17, holding their first UK gig since they headlined Glastonbury in 2019.

“Oh, man – it’s such a strange thing that it’s been three years,” Flowers said during that show. “This feels so familiar but when you look at the days… it’s been a thousand days. It’s wild. I hope you can tell that we’re genuine though when we talk about our love for this place. Man… I mean, you changed our lives! And we do love coming here – this is our spiritual home. You took these sentimental Americans in, and we won’t forget it.”

Following a second night at the Emirates Stadium tonight (June 4), The Killers will continue on their tour with gigs in Falkirk, Norwich, Manchester and Dublin. You can find any remaining tickets for the tour here.