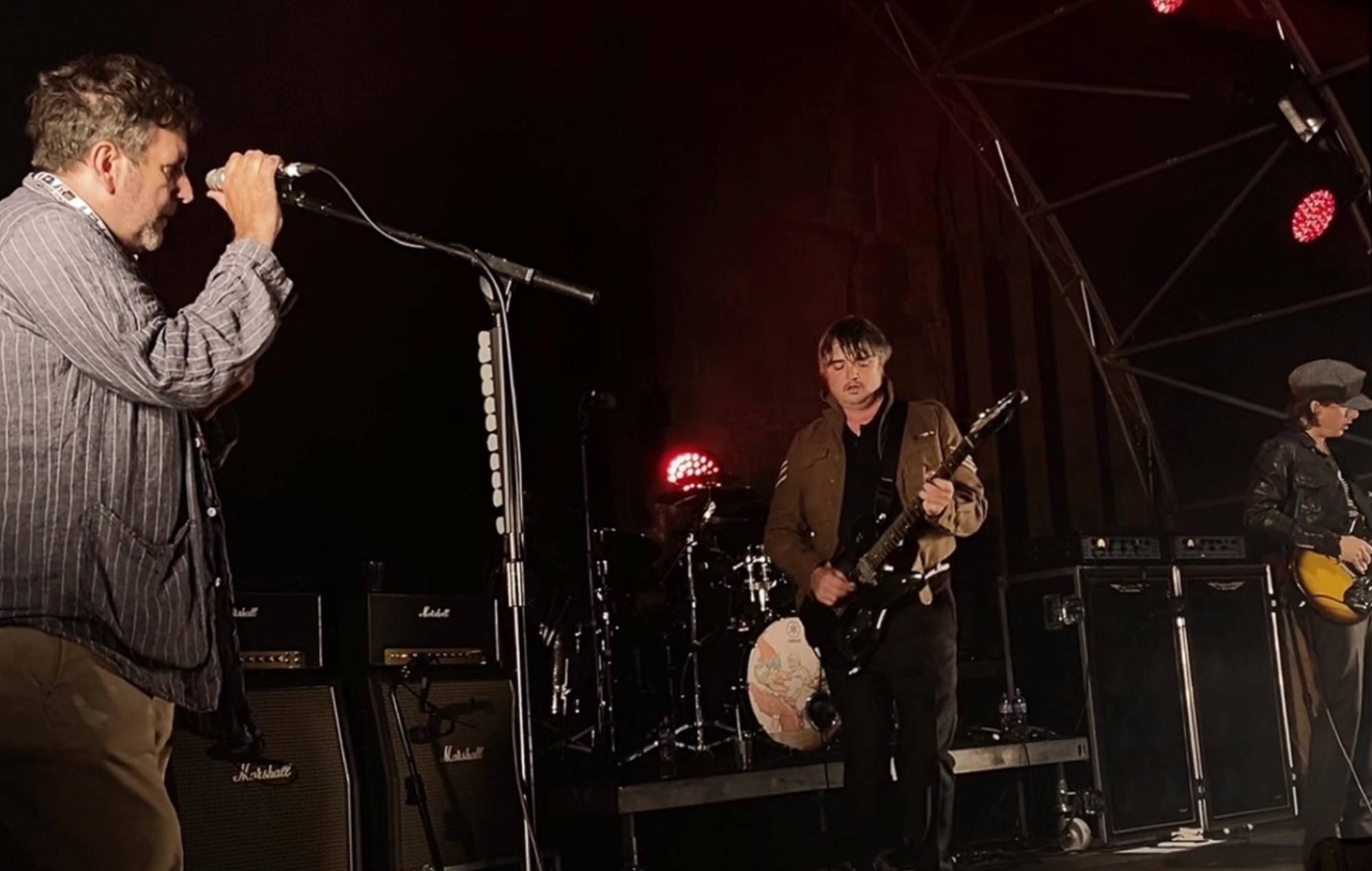 Watch The Libertines and Terry Hall perform The Specials’ ‘Gangsters’

The Libertines were joined by Terry Hall during their gig in Coventry last night (August 1) to perform The Specials’ ‘Gangsters’ – you can watch footage of their performance below.

The outdoor show took place as part of the Hall-curated ‘Home Sessions’ to celebrate Coventry being awarded the title as the UK’s City of Culture from 2021 to 2025.

Last night’s gig at Coventry Cathedral Ruins saw Hall join The Libertines on stage for a rendition of The Specials’ ‘Gangsters’, which came out in 1979, with the singer providing vocals for the one-off performance.

You can watch fan-shot video footage of the special collaborative ‘Gangsters’ performance below.

The Libertines later hailed the Coventry show as “very special” on social media and thanked Hall for the invite. You can see images from last night’s gig, as well as some additional fan-shot footage, below.

Elsewhere, the exhibition 2 Tone: Lives and Legacies, showcasing bands who signed to the legendary 2 Tone label, is still currently running at the Herbert Art Gallery and Museum in Coventry as part of the City of Culture celebrations.

Another exhibition, The Libertines by Roger Sargent, is currently on display virtually as part of a collaboration between the band’s regular photographer Roger Sargent and Snap Galleries.

“The Libertines exhibition will feature a cross-section of Roger’s favourite images of the band, some familiar, some unseen, covering their early years and their 2010 reunion,” a press release previously explained.

“The exhibition will be launched virtually using a platform developed by Emperia, a bespoke creator of virtual viewing experiences. Visitors to the exhibition on the snapgalleries.com website will be able to navigate a beautiful virtual reality gallery featuring a selection of Roger’s Libertines images framed and on display.”