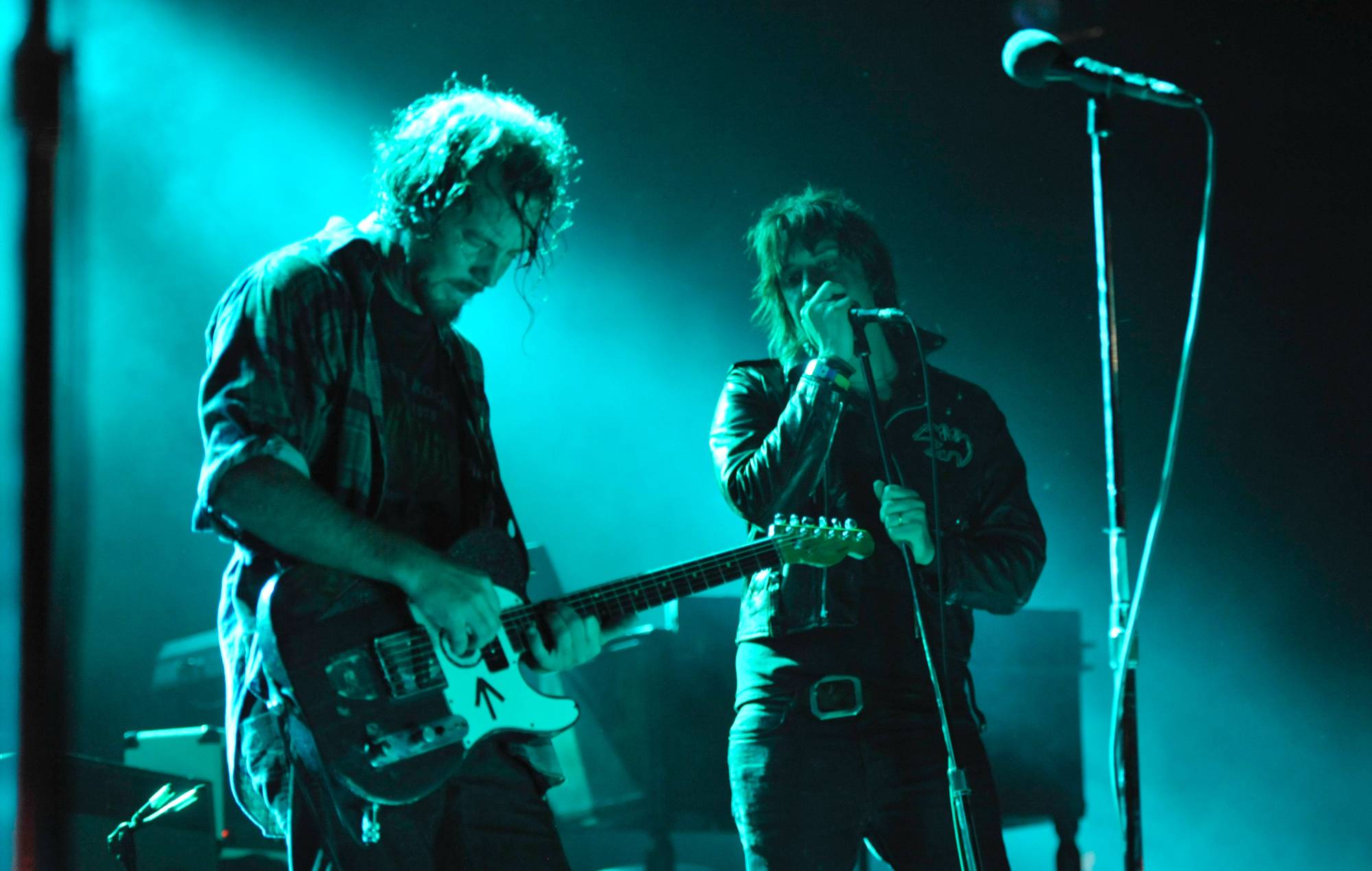 Pearl Jam’s Eddie Vedder joined The Strokes on stage in Seattle this week.

The band were opening for Red Hot Chili Peppers when Vedder joined them for a rendition of ‘Juicebox’.

Vedder has long been a fan of the song, which appeared on The Strokes’ 2005 album, ‘First Impressions Of Earth’. The grunge frontman previously joined the New York band on stage back in 2019, when they performed ‘Juicebox’ and Pearl Jam’s ‘Hard To Imagine’.

He’d called it one of his “favourite” songs and has previously recalled telling The Strokes’ frontman Julian Casablancas how much he liked the song.

Casablancas admitted later that it was inspired by Pearl Jam’s ‘Not for You.’

“I would have had no idea, I still don’t really hear it… I think it’s totally original,” Vedder said. “Every time I get to play it with them, I’m more than happy.”

Check out the moment here:

Pearl Jam returned to the stage last week after cancelling three recent shows due to Vedder suffering from vocal issues.

On July 20, the group scrapped a scheduled performance in Vienna after the frontman’s throat was damaged by the “heat, dust, and smoke from the fires” at Lollapalooza Paris on July 17.

“He has seen doctors and had treatment but as of yet, his vocal cords have not recovered,” Pearl Jam wrote in a statement at the time. “This is brutal news and horrible timing…for everyone involved.”

The group subsequently cancelled their planned concert in Prague, writing: “[Vedder] is continuing the treatments for his vocal cords, but unfortunately, there is still no voice available.”

On Sunday (July 24), Pearl Jam confirmed that the first of two consecutive shows at the Ziggo Dome in Amsterdam would no longer be going ahead.

They told fans that Vedder was receiving “continuous medical treatment” and said they were focussing on fulfilling their date at the arena the following evening (July 25).

Meanwhile, last week, The Strokes performed their 2013 song ‘Welcome To Japan’ for the first time in six years in Australia.

Sandwiched between ‘Hard To Explain’ (from the band’s 2001 debut ‘Is This It’) and ‘What Ever Happened?’ (from 2003’s ‘Room On Fire’), the cut surprised fans in attendance, given that Casablancas and co. hadn’t featured it in their setlist since 2016. They played it twice that year, with one of those performances also in Australia at Splendour In The Grass festival.