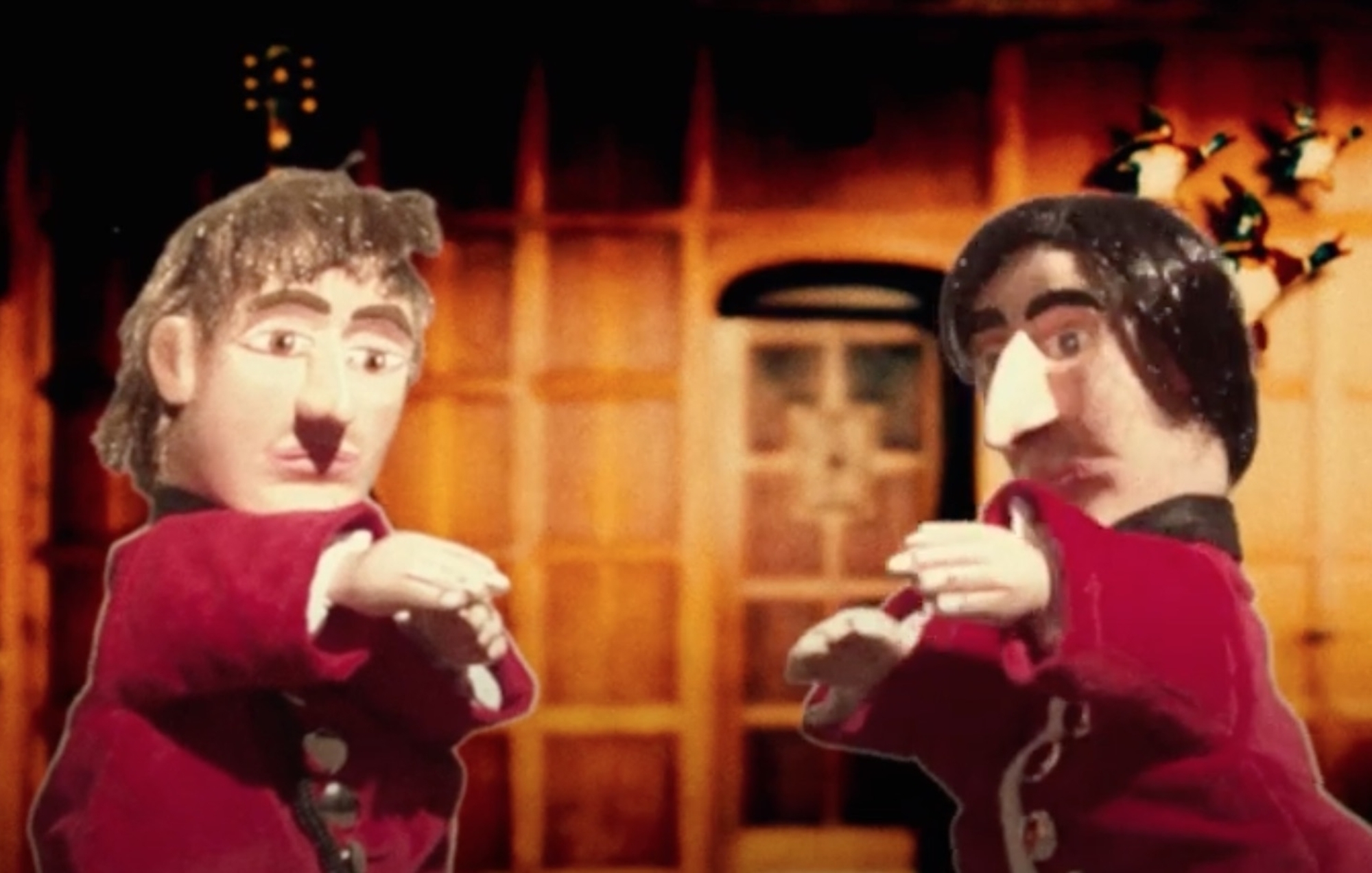 The Libertines have shared the second episode of their online puppet show – watch the new episode of Skint And Minted below.

In the latest episode, Pete Doherty and Carl Barat tell the story of the time Doherty skipped out on the band’s Japanese tour and while they were away broke into Barat’s flat.

The four and a half minute episode, complete with canned laughter and voiceovers from the band, begins with drummer Gary Powell, self-described as “the coolest fucking drummer in the history of rock and fucking roll,” introducing the show.

After Barat enters, explaining that he’s concerned about Doherty going “off the rails,” Powell jokes, “Was he even on ’em?” adding: “All publicity is good publicity.”

“Fuck off Carl,” Doherty greets Barat as he enters the scene. He then goes on to say that he’s been in New York partying with his former girlfriend, supermodel Kate Moss, and that he was given a full cavity search by customs upon returning to the UK.

“Imagine having a hand up your jacksie,” Barat says. “You don’t have to imagine it,” Doherty jokes, “some twat’s got his hand up there right now.”

As in the first episode of Skint And Minted, Doherty confesses his love for, uh, sausages, but this time says that he’s addicted to them, and that’s the reason why he’s bailing on the band’s tour of Japan. While the band are away, Doherty proceeds to break into Barat’s flat but gets caught by the “rozzers.”

The Libertines have been sharing archival footage from across their career to keep fans entertained during lockdown.

Last week, they unearthed footage of a London performance from 1999, three years before they signed to Rough Trade and released their debut album ‘Up The Bracket’. The gig sees them playing an early version of ‘Music When The Lights Go Out’, which would end up appearing on their 2004 self-titled album.