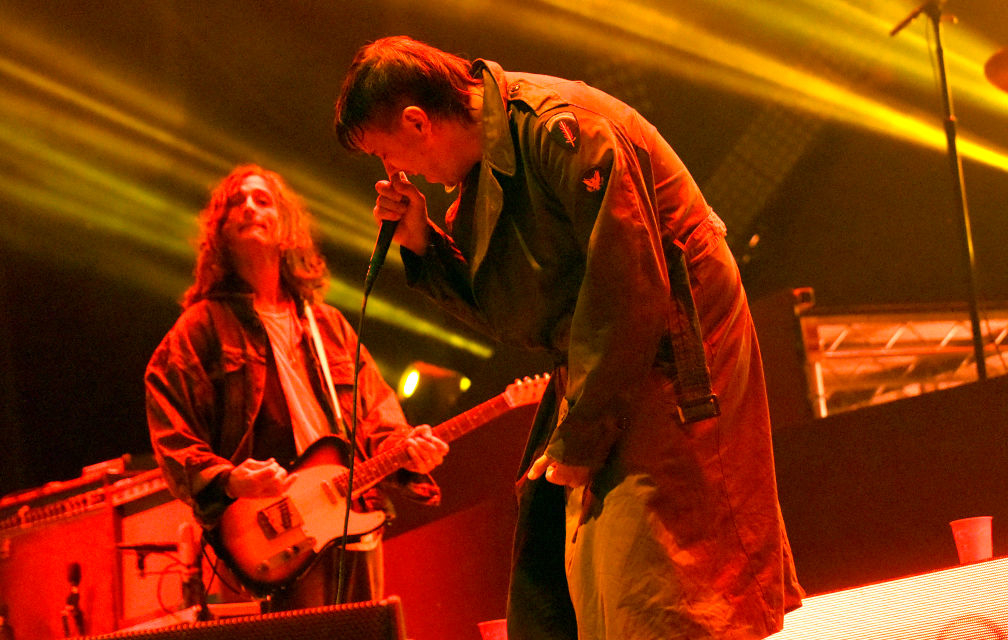 Julian Casablancas and co. topped the bill of the festival’s second night at Hipódromo de San Isidro in Buenos Aires. Other headliners on the night included Doja Cat and Machine Gun Kelly.

The Strokes, whose last album was 2020’s ‘The New Abnormal’, haven’t played out since their Brooklyn Steel show in New York last November. During their set at Lollapalooza, the band performed ‘Eternal Summer’, giving the track its live debut.

You can check out the performance below:

Elsewhere during their set, The Strokes brought back some old favourites including ‘Electricityscape’ and ‘Trying Your Luck’, both of which the band haven’t played live since 2017. They also played ‘You’re So Right’ for the first time since 2016.

You can see some of the performances below as well as their Lollapalooza setlist.

You can watch the full set below:

The Strokes head to Chile tonight (March 20) for a second Lollapalooza headline performance.

They are then set to perform a headline show in Mexico this May, with Mac DeMarco and The War On Drugs as support.

The concert will take place at Foro Sol in Mexico City on May 19. Remaining tickets can be found here.

The band have also been added to the line-up for this year’s Roskilde festival, alongside Post Malone, Megan Thee Stallion and The Smile.

The Danish festival returns from June 25-July 2 this year after both its 2020 and 2021 editions were cancelled due to the COVID pandemic.

Dua Lipa and Tyler, the Creator will headline this year’s edition. Other acts at the top of the bill include Haim and St. Vincent, Jada, The Blaze and Thomas Helmig.