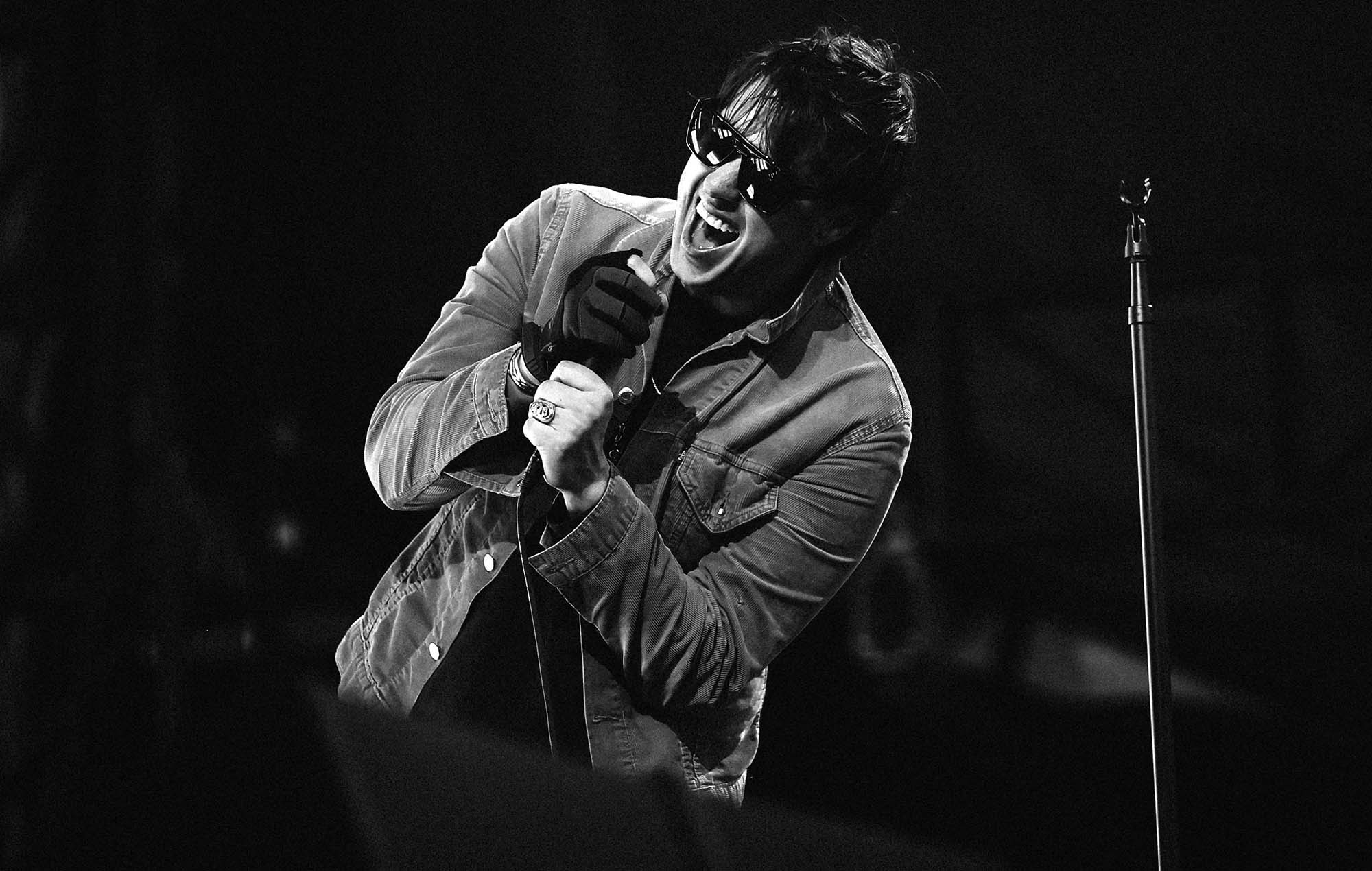 The Strokes played an intimate gig at The Glasshouse in Chelsea last night (September 8), as part of a New York Fashion Week kick-off event for designer Heron Preston and Bose. Watch moments from the show and view the setlist below.

Following a DJ set by Preston, the Manhattan band started their performance with a quick jam session as frontman Julian Casablancas told the crowd “this is our sound check right here” before launching into ‘The Modern Age’.

“I didn’t know about fashion week,” Casablancas also joked during the set. “I’m a recluse, I live in the woods. Wasn’t expecting all this,” he added before the band played, ‘I Can’t Win.’

They played ‘Under Control’ and ‘Hard To Explain’ but didn’t hit typical set list favs like ‘Last Nite’ and ‘Someday’ pic.twitter.com/coECqump81

According to the on-stage set-list, which also contained multiple question marks in place of songs, The Strokes were set to play an encore with songs ‘Is This It’, ‘Someday’, and ‘Reptilia’ but didn’t return to the stage after performing ‘Meet Me In The Bathroom’ which a fan in the audience requested.

This is not the band’s first Fashion Week performance. Back in 2010, the band played at the Metropolitan Opera for Tommy Hilfiger’s 25th anniversary. The performance was the first time the band had played in New York following a four-year hiatus.

Here’s the set list from last night’s Strokes’ show with an encore that unfortunately never came to be pic.twitter.com/yLfF4rRG6d

Earlier this month, both Fleet Foxes and Blood Orange covered ‘Under Control’ during the New York City stops of their tour. Robin Pecknold and co. were playing at Forest Hills Stadium in Queens, and added the track to their encore. Dev Hynes, performed The Strokes’ 2003 track during an intimate gig at Baby’s All Right, which also happened to be Blood Orange’s first Brooklyn gig in three years.

The Strokes are currently on tour with the Red Hot Chili Peppers, with upcoming dates in Washington DC, Florida, and Texas. View the full itinerary and ticket details here.