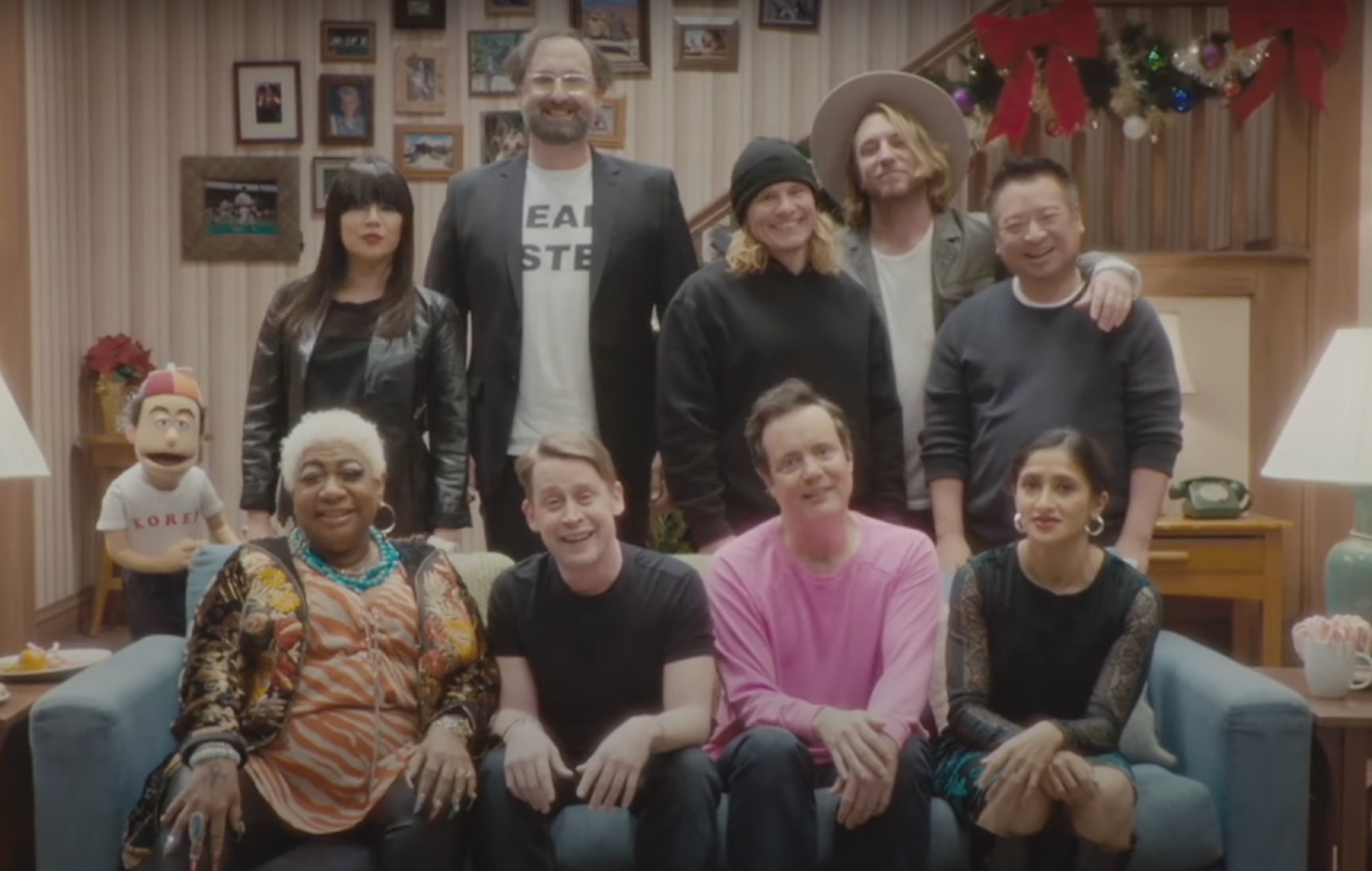 Watch the trailer for ‘All My Friends’, a sitcom based on LCD Soundsystem

LCD Soundsystem have announced All My Friends, a sitcom based on the band that will air as part of their Holiday Special.

“I’ve already conquered film, James has conquered music, but we have yet to conquer the sitcom—the HIGHEST form of art,” Wareheim said in a statement. “We’ve been working on this project for 15 years, and for this show we’re unveiling a uniquely emotional perspective of the sitcom universe for the holidays—provided by one of the greatest bands of all time and my dear friends, LCD Soundsystem. I can’t believe Amazon Music is letting us do this.”

“I am similarly stunned that someone let us do this,” Murphy added. “At least we finally get to use our Korey puppet.”

As part of the special, the actual LCD Soundsystem will perform a career-spanning set that will include the live debut of 2015’s festive comeback single ‘Christmas Will Break Your Heart’.

The LCD Soundsystem Holiday Special will air on Amazon Music’s Twitch channel and Prime Video starting December 23 at 2am GMT.

In October, LCD Soundsystem announced their live return with a month-long residency at New York’s Brooklyn Steel. Their first gig since 2018 took place November 23 and saw the band cover Joy Division’s ‘No Love Lost’ alongside tracks from across their back catalogue.

At other gigs, the band have played old rarities like 2004’s ‘Beat Connection’ and given tracks like 2017’s ‘Other Voices’ their live debut.

The residency ends on December 21, the evening before The LCD Soundsystem Holiday Special airs. The band have already confirmed shows for 2022 though, with the group playing Bilboa BBK Live alongside The Killers and Pet Shop Boys.