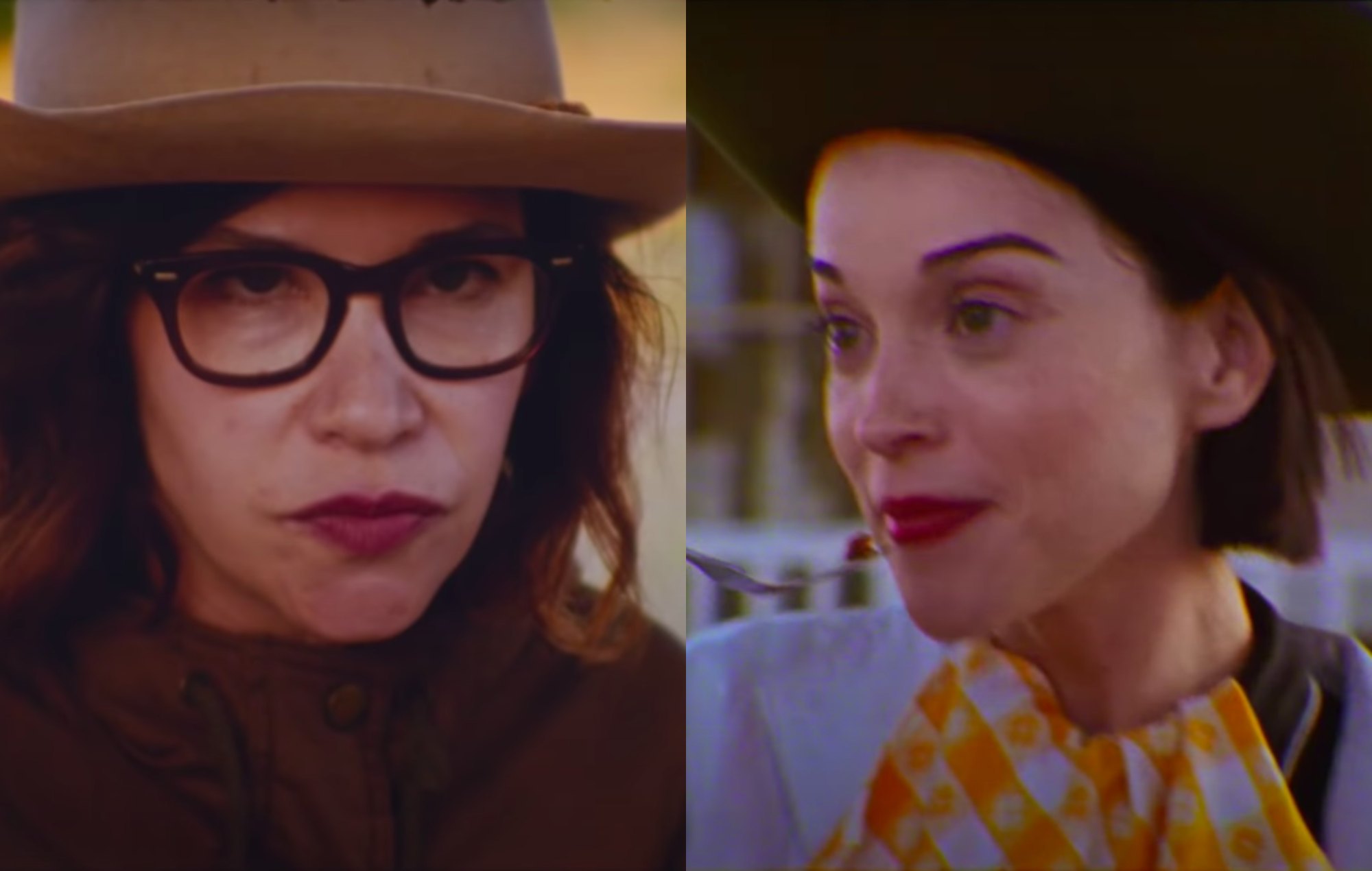 St. Vincent and Carrie Brownstein‘s film The Nowhere Inn is coming to cinemas and on-demand later this year – check out the trailer below.

Co-written, produced, and starring the two musicians, the collaborative project was first announced in April 2019 after the pair joined forces on a series of mock interview segments in promotion of St. Vincent’s 2017 album, ‘MASSEDUCTION’.

Having been premiered at Sundance Film Festival 2020, The Nowhere Inn – directed by Bill Benz – will be given a cinematic release on September 17, 2021, when it will also land on Apple TV.

“Me and my bestie made a bananas art film…it was supposed to be a music doc but somewhere along the way, things went terribly wrong,” St. Vincent (aka Annie Clark) wrote on social media tonight (May 18).

Me and my bestie made a bananas art film…it was supposed to be a music doc but somewhere along the way, things went terribly wrong.

Your first look at Carrie Brownstein & I in #TheNowhereInn. In theaters & on demand Sept. 17!!

In a trailer for the movie, which also stars Dakota Johnson as herself, Clark is seen being filmed by Sleater-Kinney‘s Brownstein while out on the road in support of ‘MASSEDUCTION’.

“One of the reasons why I wanted to make a documentary in the first place is because I would finally be in control of the narrative,” Clark says in the clip, before things take a surreal and sinister turn.

“But they quickly discover unpredictable forces lurking within the subject and filmmaker that threaten to derail the friendship, the project, and the duo’s creative lives.”

You can find more information about The Nowhere Inn here, and watch the new trailer above.


The film’s director Bill Benz has recently helmed the videos for St. Vincent’s singles ‘Down’ and ‘Pay Your Way In Pain’, both of which appear on her new album ‘Daddy’s Home’ (released May 14).