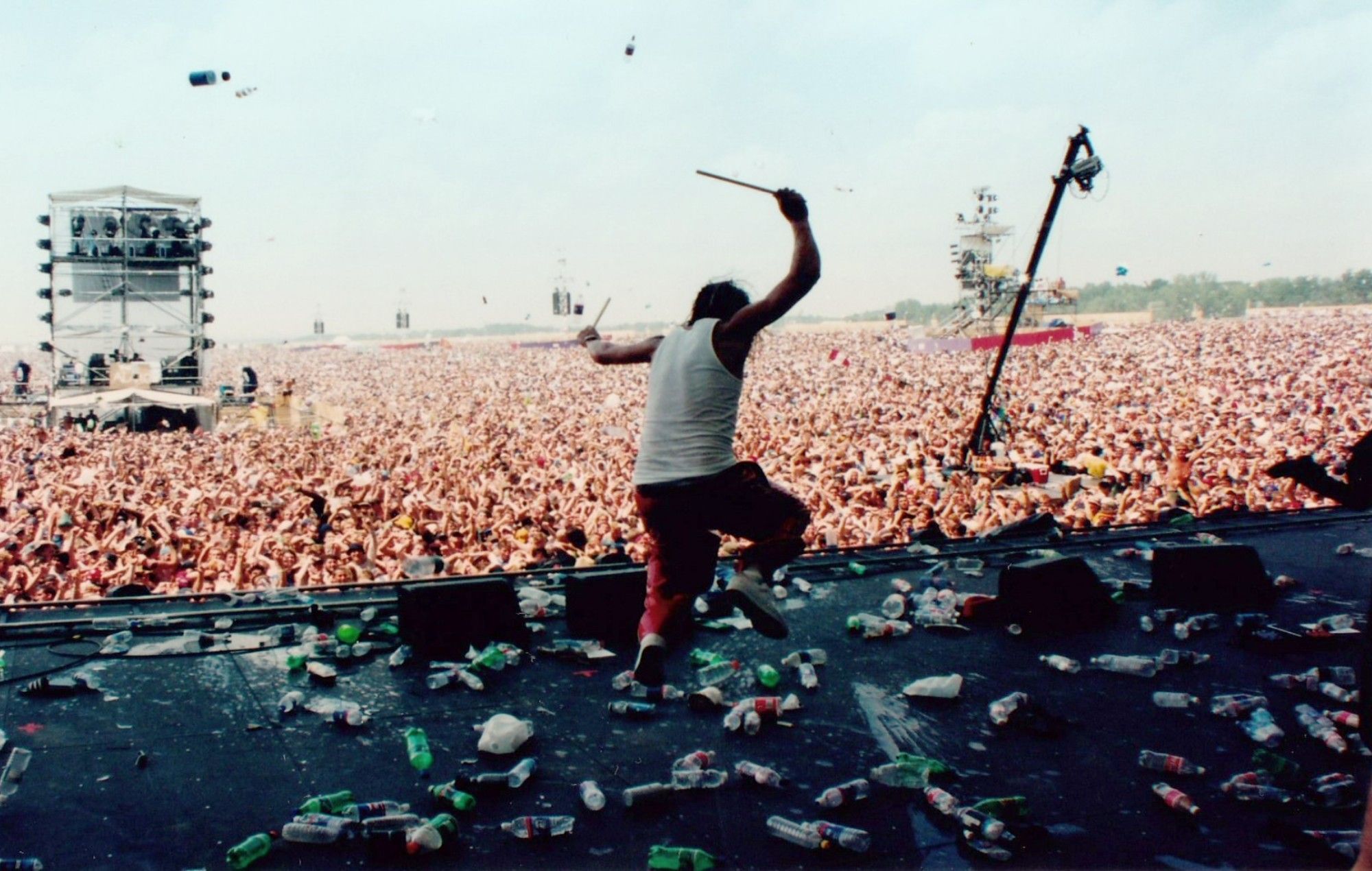 Netflix has released a trailer for upcoming Woodstock ‘99 documentary series Clusterfuck – check it out below.

The 1999 festival, held to celebrate the 30th anniversary of the original Woodstock, descended into violence and riots during performances by Limp Bizkit and Red Hot Chili Peppers.

A synopsis reads: “This docuseries goes behind the scenes to reveal the egos, greed and music that fueled three days of utter chaos.”

Korn’s Jonathan Davis, Fatboy Slim, Jewel and Bush frontman Gavin Rossdale all provide interviews for the series. Speaking in the trailer, Davis says: “When you see it with your own eyes, it is ten times more shocking.”

Woodstock was set to hold a 50th anniversary festival back in 2019, but after months of controversy, venue changes and artist cancellations, the event was pulled altogether.

In a statement at the time, Michael Lang, co-founder of the Woodstock Music and Arts Festival, said: “We are saddened that a series of unforeseen setbacks has made it impossible to put on the Festival we imagined with the great line-up we had booked and the social engagement we were anticipating.”