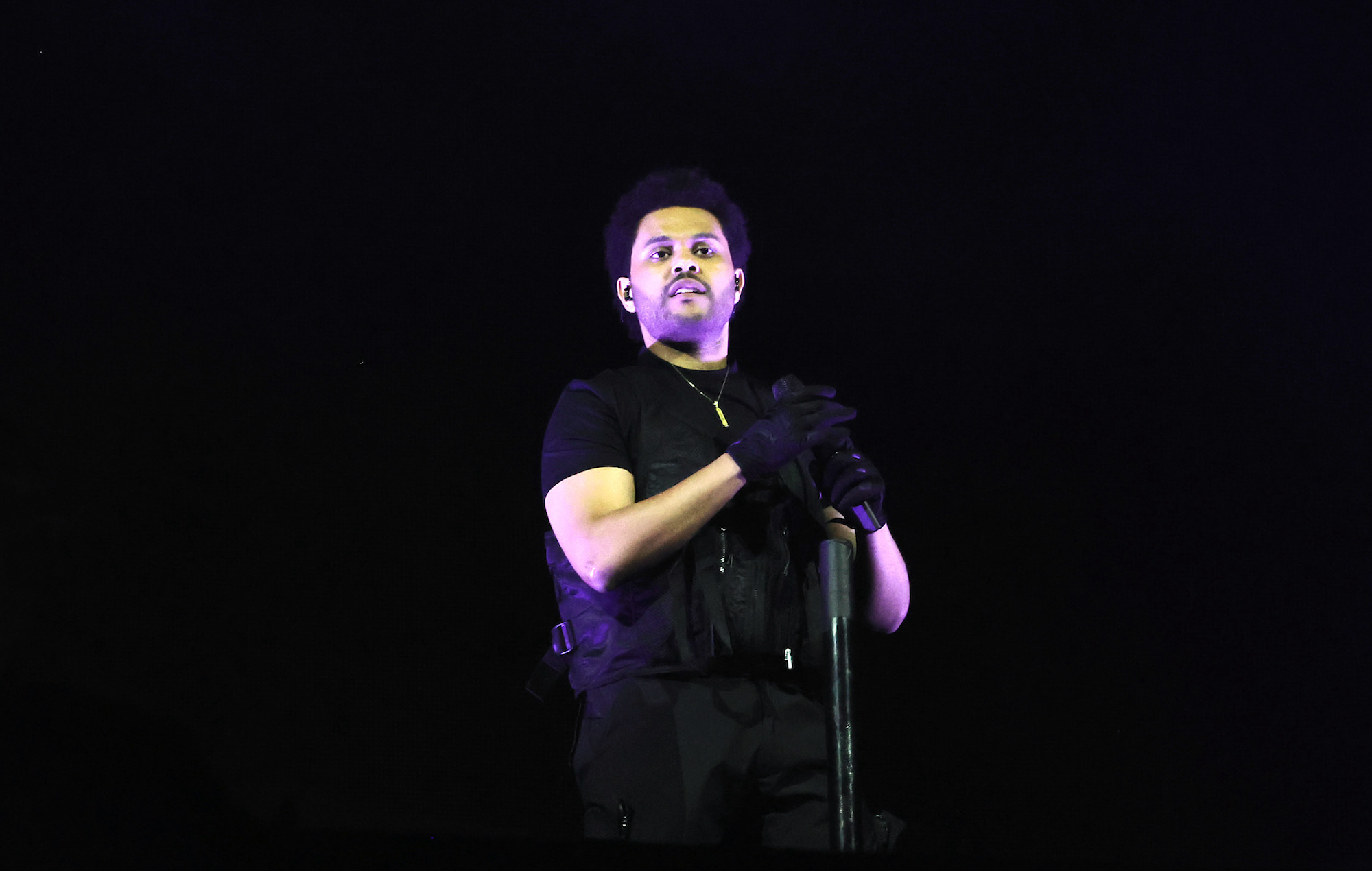 The Weeknd debuted songs from his new album ‘Dawn FM’ live for the first time during his Coachella headline set last night (April 17) – see footage, photos, a full setlist and more below.

Abel Tesfaye was topping the bill on the final night of the first weekend at the Californian festival alongside Swedish House Mafia, with the pair replacing Kanye West as headliners just a few weeks ago.

During his 17-song set, The Weeknd played hits from across his career as well as giving live debuts to three tracks from ‘Dawn FM’: ‘Sacrifice’, ‘How Can I Make You Love Me’ and ‘Out Of Time’.

The first two tracks opened the set and saw The Weeknd joined by Swedish House Mafia at the end of their own full-length set. The set then ended with a performance of their collaborative 2021 track, ‘Moth To A Flame’.

Elsewhere in the set, The Weeknd covered Kanye West‘s ‘Hurricane’ in tribute to the artist he replaced as headliner, alongside other covers of Future, Drake and Ty Dolla $ign.

See footage, photos, reaction and a full setlist from The Weeknd and Swedish House Mafia’s Coachella set below.

“Sacrifice” at the #Coachella pic.twitter.com/seNCt9aDYP

HOW DO I MAKE YOU LOVE ME? #Coachella #Coachella2022 #XOCHELLA pic.twitter.com/6gDwjvcwan

Out Of Time – The Weeknd #Coachella pic.twitter.com/7g3ODqVPaf

The Weeknd performing his verse on “Hurricane” 🌪#Coachella pic.twitter.com/w5UsNNvW7b

Moth To A Flame to close it out 🌵@swedishousemfia x @theweeknd

The Weeknd “Or Nah” #Coachella pic.twitter.com/p9tcl9UTxW

Save Your Tears. What a performance by The Weeknd at Coachella 🔥👏🏻 pic.twitter.com/oR51SpYrKH

Elsewhere at Coachella 2022, Friday night was headlined by Harry Styles, who was joined on stage by Shania Twain to perform her hits ‘Man! I Feel Like a Woman!’ and ‘You’re Still The One’, while Saturday’s proceedings were topped off by Billie Eilish, who was joined onstage by Damon Albarn for a two-song cameo.

Also at the festival, K-pop icons 2NE1 reunited on stage for their first performance together in seven years and Megan Thee Stallion debuted a brand new song, while Arcade Fire played a secret set on the first day of the event, and Måneskin covered Britney Spears.