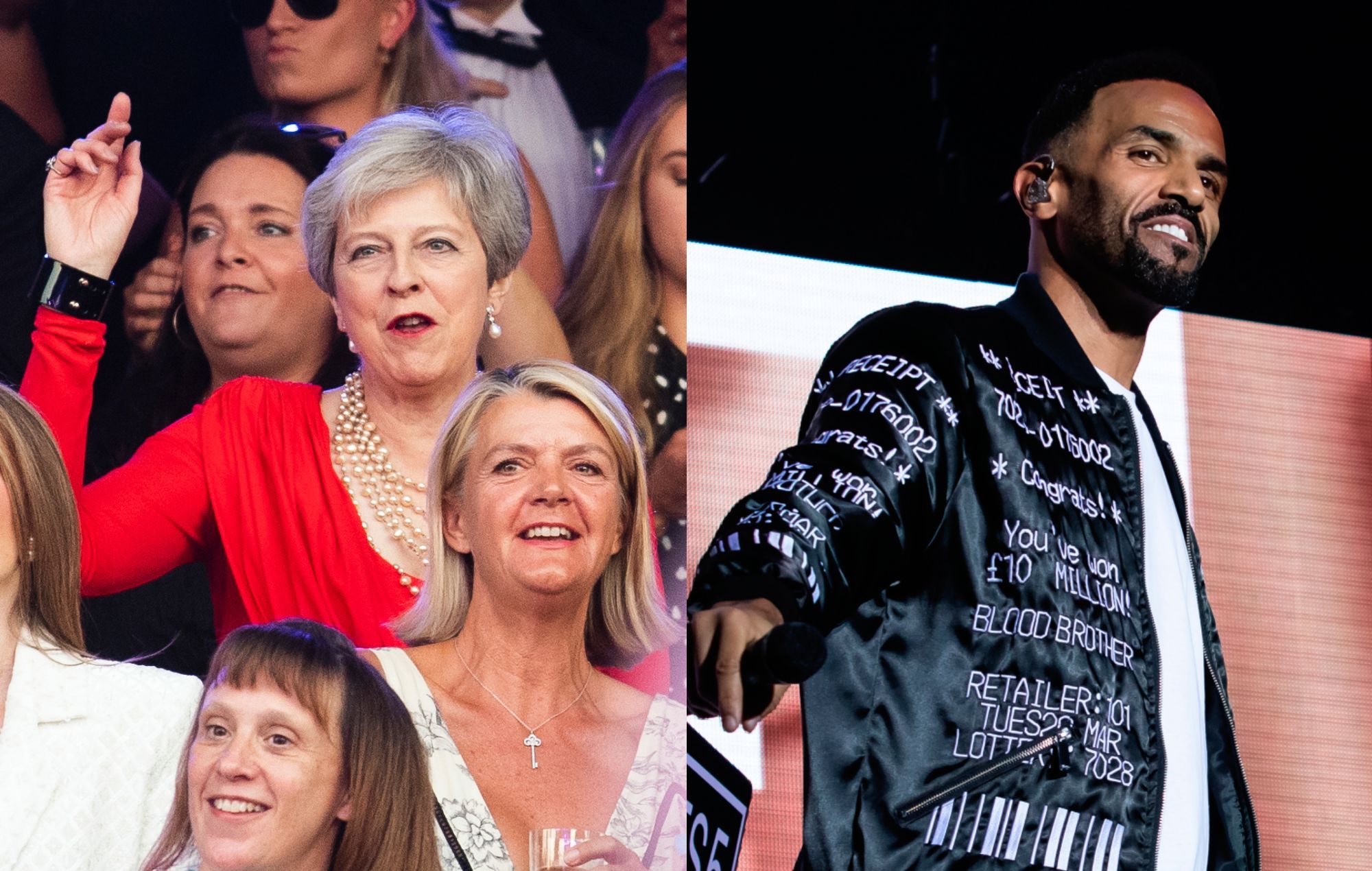 Theresa May has been filmed busting some moves to Craig David‘s live performance at Henley Festival on the day that Prime Minister Boris Johnson resigned.

The former Prime Minister, who was replaced by Johnson in 2019, appeared to be enjoying David’s ‘My Heart’s Been Waiting For You’ yesterday (July 7) as she bopped along with her husband, Philip, beside her.

Just hours earlier Johnson stepped down as leader of the Conservative Party. He will now remain as caretaker PM until a new leader is chosen.

Johnson was facing mounting pressure this month to resign over his handling of the Chris Pincher scandal in which he mislead people about his prior knowledge of the MP’s alleged sexual misconduct. The PM appointed Pincher to the position of Deputy Chief Whip in 2018, a decision that he has since apologised for. “It was the wrong thing to do,” he said.

🇬🇧 The creature living inside the dead body of Theresa May dancing to Craig David at Henley Festival…sorry if you are eating.. pic.twitter.com/5rUKuaEvfk

More than 50 MPs in Johnson’s party resigned from various roles in recent days over his conduct including top names in the Cabinet, the Health Secretary Sajid Javid, and the Chancellor of the Exchequer Rishi Sunak.

Johnson said in his speech yesterday outside Number 10: “It is clearly now the will of the parliamentary Conservative Party that there should be a new leader of that party and therefore a new Prime Minister, and I’ve agreed with Sir Graham Brady, the chairman of our backbench MPs, that the process of choosing that new leader should begin now and the timetable will be announced next week.”

May, meanwhile, appeared to be ignoring all the political drama with escapist festivities at the Henley event which is, incidentally, held in the Oxfordshire constituency that Johnson led as a Conservative MP from 2001-2008.

May was Prime Minister from July 2016 until July 2019 when she also remained as caretaker PM after her resignation. The winner of a six-week leadership contest was later announced, at which point Johnson became her successor.

See reactions from figures in the entertainment world to Johnson’s demise here.