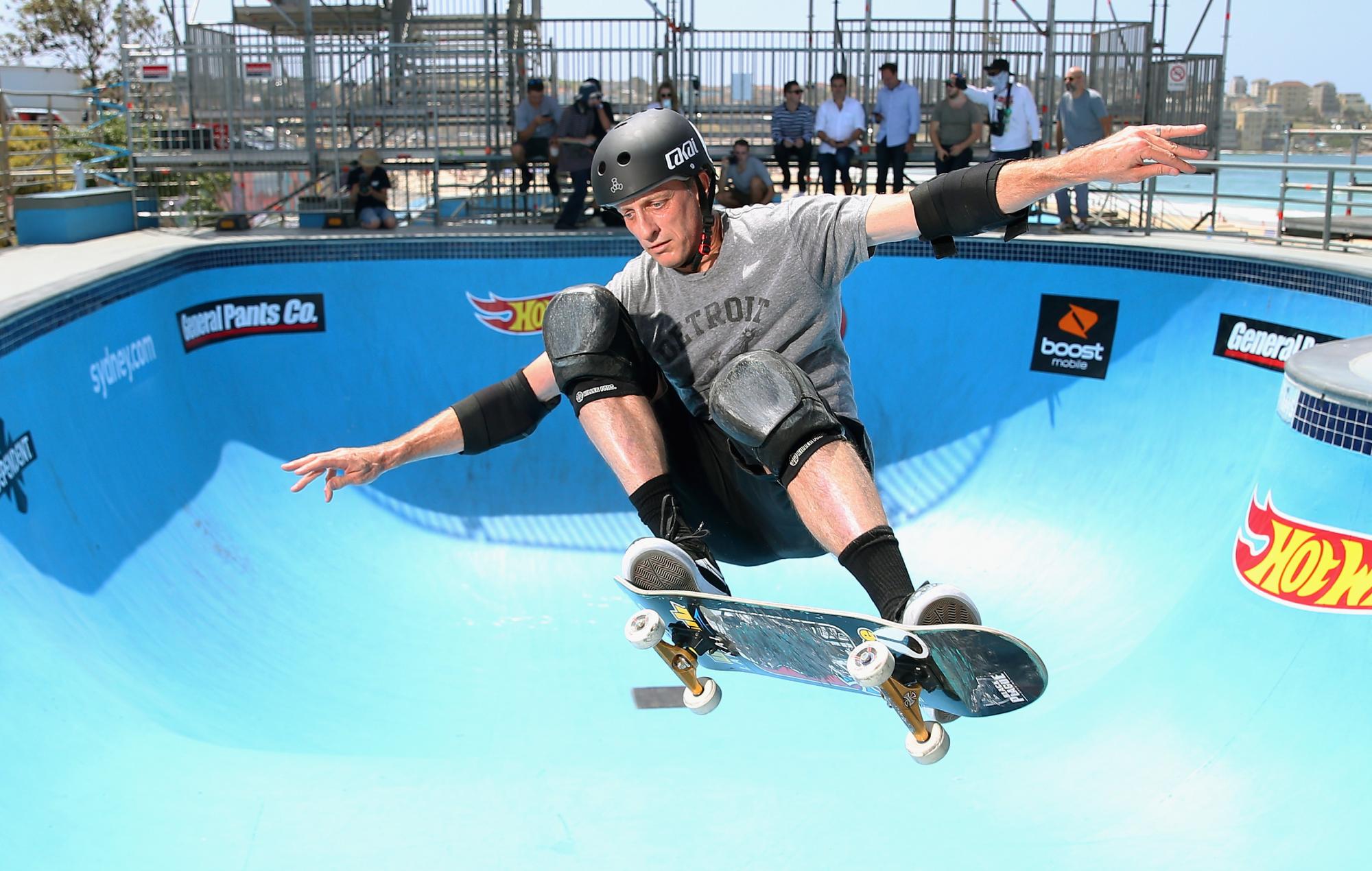 Tony Hawk has joined a host of early ’00s pop-punkers for a rendition of Swedish band Millencolin‘s ‘No Cigar’ from the original Pro Skater 2 soundtrack.

The world’s most famous professional skateboarder sings on the cover in which Mikey Hawdon of Fairmounts, Darrin Pfeiffer of ex-Goldfinger fame and pro skater Steve Caballero back him instrumentally. Millencolin’s own Nikola Sarcevic plays bass.

The cover is accompanied by a music video that reflects the aesthetics, features and heads-up display of the original 2000 video game.

An overall score for each of the “players” is given in the video as well as a special trick bar that slowly loads throughout the video. Hawk is referred to as “Birdman” throughout, which is his nickname.

Hawdon appears to have organised the cover for fun as part of his ‘Mikey and his Uke’ creations.

In a five-star review, NME‘s Jordan Oloman noted the works revitalised soundtracks: “As expected, the soundtrack is fantastic and is once again threatening to get me into ska. Beyond the classic tunes, the new songs from Machine Gun Kelly, Skepta, Billy Talent and more really fit the bill, though I would have liked a few deeper cuts and more contemporary rap songs that attest to the current state of skate culture.

“The music swells and wanes as you gain special and bail, which is a nice touch that leads to some intense moments of adrenaline. I found myself lurching forward in my seat when trying to nail tough gaps to grab an item, another testament to the awesome immersion.”