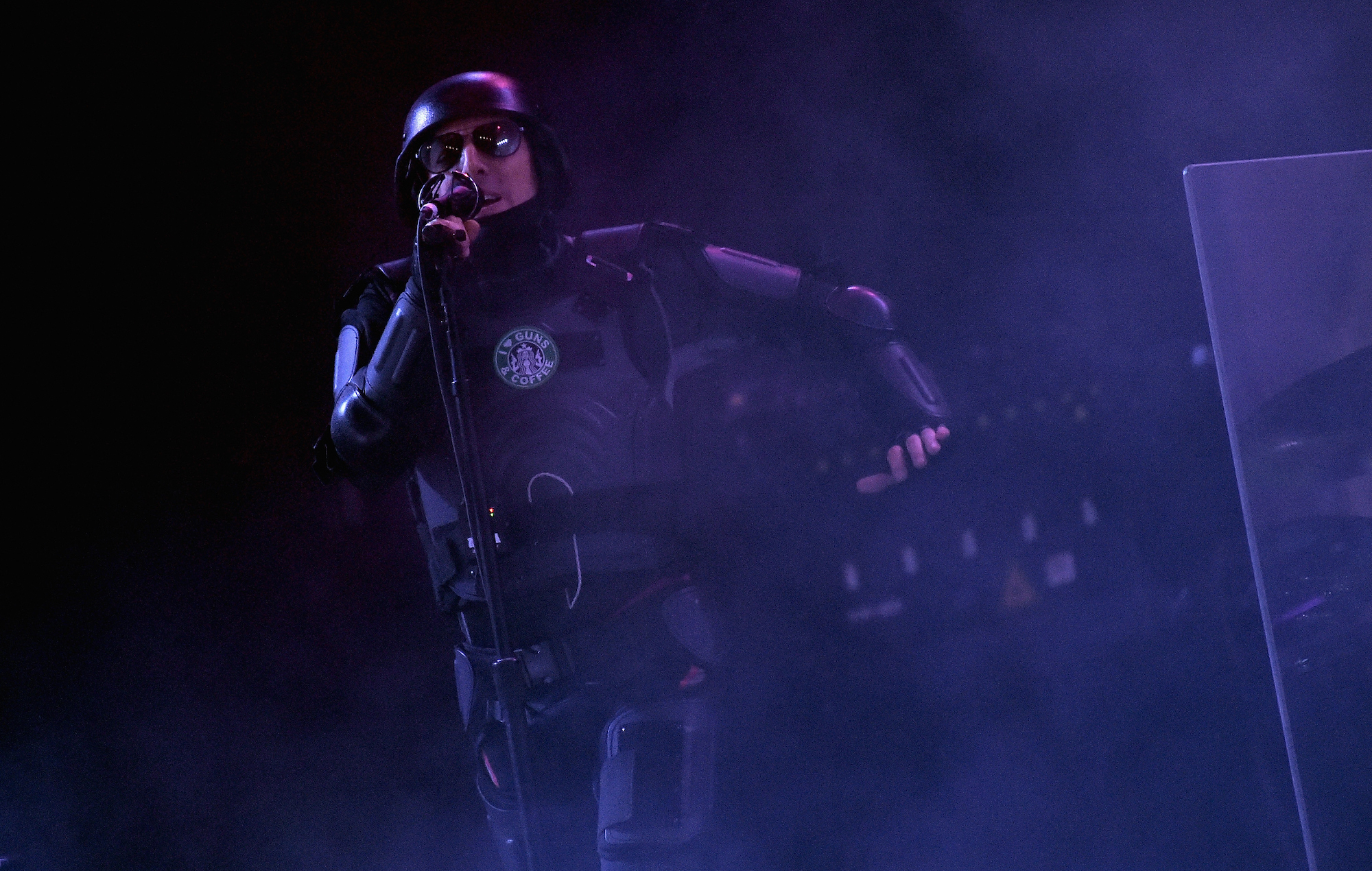 Watch Tool rehearse ahead of their 2022 world tour

Ahead of their first run of live shows in almost two years, Tool have livestreamed themselves rehearsing with a setlist spanning their entire back catalogue.

Notably absent from the jam, streamed on Instagram by guitarist Adam Jones, was frontman Maynard James Keenan. The band performed instrumentally in his absence, running through a list of songs drawing heavily from 2001’s ‘Lateralus’ and 2019’s ‘Fear Inoculum’.

Check out a snippet of footage from the livestream – featuring ‘The Patient’ and ‘The Pot’ – below:

Tool are set to kick off their 38-date run of US tour dates tonight (January 10) with a gig at the Matthew Knight Arena in Eugene, Oregon. It’s been a long time coming for the prog-metal icons, having last performed in March of 2020. They were set to embark on a tour in support of ‘Fear Inoculum’ the following month, but opted to cancel after the outbreak of the COVID-19 pandemic.

Last week, it was reported that Tool – as well as acts like Eric Church, Metallica and The Black Keys – would be employing specially trained sniffer dogs to detect COVID-19 at their shows. The dogs are able to sniff for traces of the virus on anyone involved backstage, including members of the band’s crew and entourage.

Keenan himself contracted the virus twice in 2020, noting in an interview last February that he wound up in the ER during his second bout. He said in October 2020 that he was suffering from lung damage due to the after-effects of COVID-19, but in April 2021 assured fans that “everything’s grand” in regards to his health.

After they finish their current US run in Cleveland, Ohio on Sunday March 20, Tool will embark on a sprawling tour throughout Europe and the UK. That trek – which features Brass Against as lead support – will kick off in Copenhagen on Saturday April 23, and wrap up in Budapest on Tuesday May 24. More details (and tickets) for Tool’s upcoming tour dates can be found on the band’s website.

In a five-star review, NME’s James McMahon said ‘Fear Inoculum’ is “so much more than just an album”, noting: “The more you invest, the more you let the songs engulf you. In places, it’s a languid, blissful work, featuring perhaps the best collection of vocals that singer Keenan has ever committed to tape…”