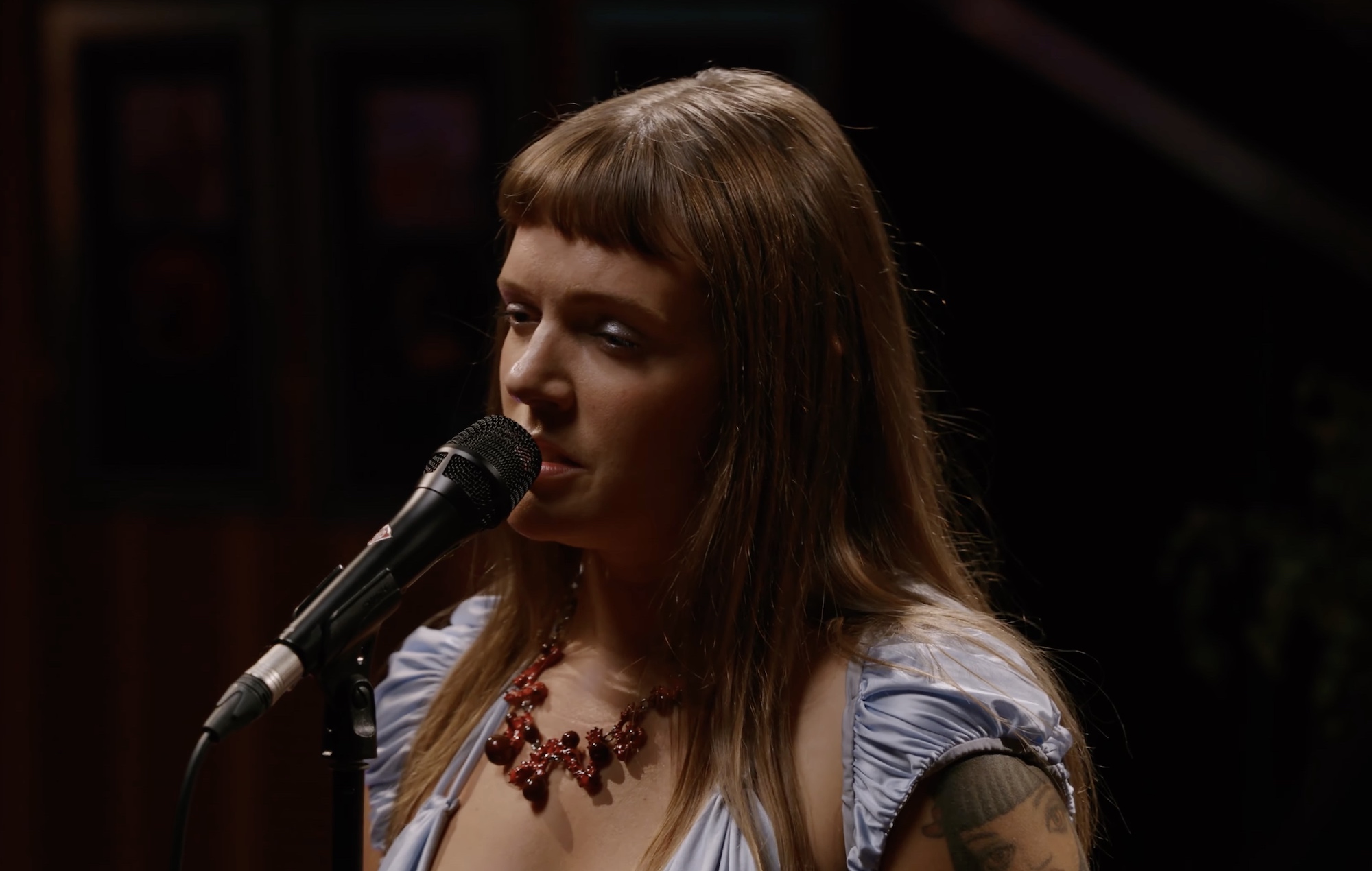 Watch Tove Lo cover Robyn’s ‘Dancing On My Own’

Tove Lo has paid tribute to another Swedish pop star, covering Robyn‘s ‘Dancing On My Own’ while appearing on Australian radio station triple j’s Like a Version segment.

Tove is accompanied solely by a pianist for her stripped-back rendition of the song, foregrounding her soaring vocals and bringing out all the emotion and power of Robyn’s 2010 heartbreak classic.

“I think it’s just the most perfect pop song,” Tove said of her decision to cover the song in a post-performance interview. “Lyrically, it’s so simple, so clear. You can really see it in front of you. I don’t know, it’s just stayed with me all these years, and still is just such a good song, and makes me want to cry and dance at the same time, which is my favourite thing to do.”

“I feel very nostalgic when I hear it, even though I can’t pinpoint when I heard it the first time. I just remember that feeling of frustration and still hopefulness that’s tied into that song somehow,” Tove continued.

“The way that it’s, like, pop, but so sincere and still with a lot of emotion, and [Robyn] has a lot of integrity. She’s just really badass and cool as well. But I think there’s just so much feeling there and still super catchy, and I love that. It’s what I strive to do.”

Tove explained that her decision to do a basic piano and vocals arrangement of the song was largely logistical due to not having time to rehearse a full-band version while on tour, but that she likes stripping back dance songs you can “feel how sad and dramatic the song actually is”.

In addition to ‘Dancing On My Own’, Tove Lo also performed her original song ‘2 Die 4’, lifted from her new album ‘Dirt Femme’. For that, she had the same setup as her Robyn cover, accompanied solely by piano. Watch that below:

‘Dirt Femme’ is Tove Lo’s first album to be released independently, through her own Pretty Swede Records. Explaining her major label departure, the singer said she “like[s] to make these intricate stories that don’t help the algorithm and maybe aren’t the most commercial way to do pop releases and how you put out pop music”.

In a four-star review of ‘Dirt Femme’ – which was previewed with singles ‘How Long’, ‘No One Dies From Love’, ‘True Romance’ and more – NME called it “an album that’s spiky, surprising and not quite cohesive, but never ever boring”, concluding that “Tove Lo was always much too interesting to be a slave to the algorithm”.