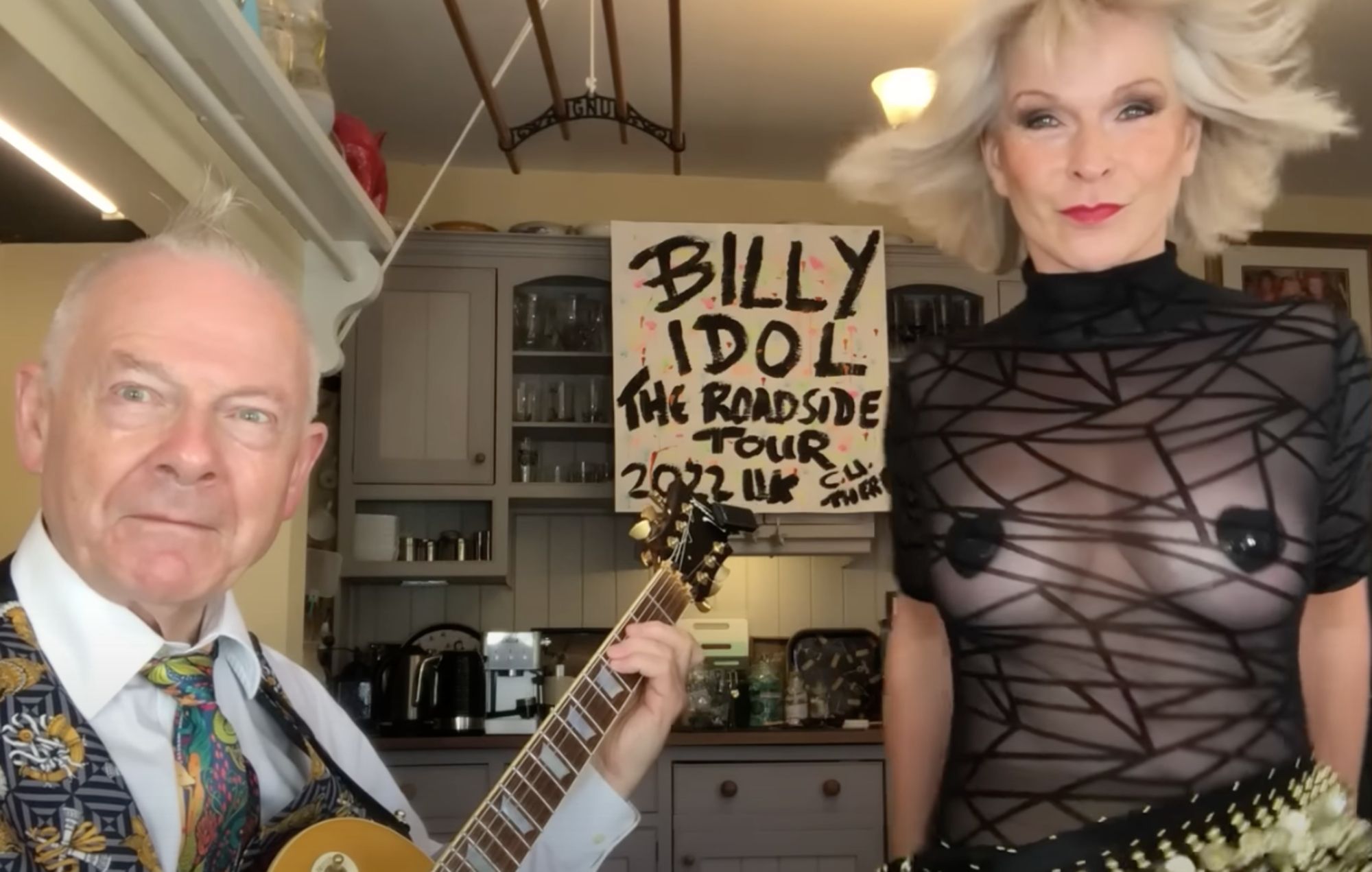 Toyah Willcox and her husband, King Crimson founder Robert Fripp have shared a cover of Billy Idol‘s ‘Rebel Yell’ – check it out below.

The clip is the latest in their long-running ‘Sunday Lunch’ series which was launched in 2020 due to Fripp missing playing out live as a result of the coronavirus lockdown.

For their reworking of ‘Rebel Yell’, the title track from Idol’s 1983 album of the same name, the pair take up residence in their kitchen once more. Willcox dons a see through nylon top for the performance, along with black heart nipple covers and a gold belly dancing skirt, while Fripp wears his trademark shirt and waistcoat ensemble.

This week’s cover is in celebration of the announcement that Willcox will be joining the UK leg of Idol’s ‘Roadside Tour’ as a special guest in October 2022. See the full list of dates below and get tickets here.

Discussing the album in an interview with NME, Willcox explained how it came about. “When COVID stopped everything last year, it allowed me to concentrate on writing and recording the next album,” she said. “We recorded in Simon’s outdoor studio with just him, my husband and I.

“‘Posh Pop’ was a magical experience created out of the need and ability to make contact with our fans in a heartfelt way. Also the terrifying distance between those who run the world and those on the ground inspired my writing.

She added: “Working with Fripp in the studio, we just handed him the chord charts the day before and said: ‘We want you to come in and improvise and that’s what we’ll use’. It was spontaneous.”