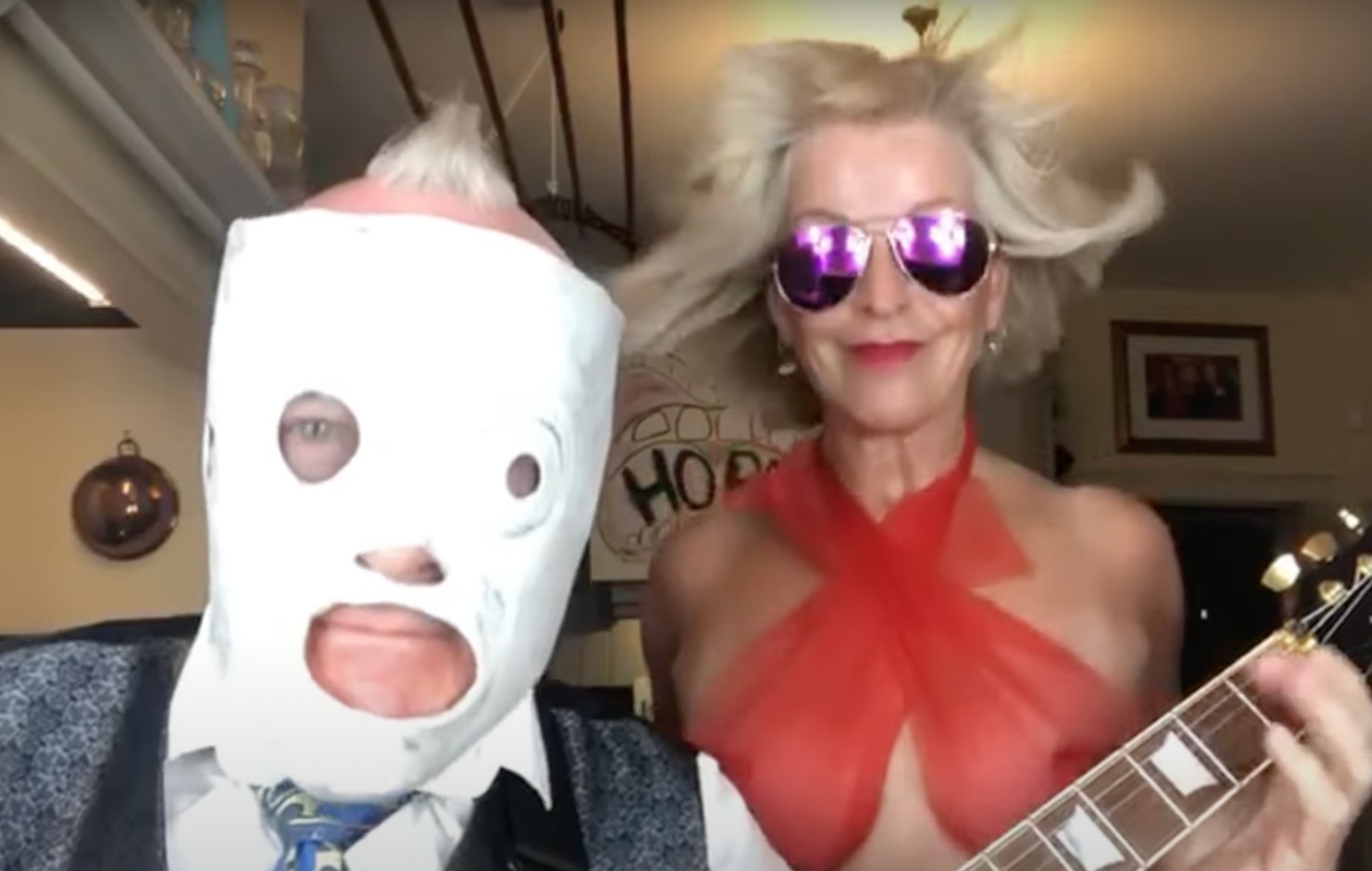 Toyah Willcox and her husband, King Crimson founder Robert Fripp have covered Slipknot for this week’s Sunday Lunch session – check out their performance of ‘Psychosocial’ below.

The track was originally released by Slipknot as the second single to 2008’s ‘All Hope Is Gone’, while Willcox and Fripp’s reworking sees the pair perform in front of a banner that reads: “Every note is hope”.

In recent weeks, the pair have had a run of rock classics, covering the likes of Red Hot Chili Peppers’ ‘Can’t Stop’, The Cranberries’ ‘Zombie’, Garbage’s ‘I Think I’m Paranoid’, Rage Against The Machine’s ‘Killing In The Name Of’, Foo Fighters’ ‘All My Life’ and Rammstein’s ‘Keine Lust’.

Check out their cover of ‘Psychosocial’ below, with Fripp wearing a homemade, Corey Taylor-inspired mask while Willcox plays the electric whisk.

The pair’s series has been running since 2020, when Fripp was missing live shows due to coronavirus lockdowns. Speaking to The Guardian last year about how the series began, Willcox said: “Here I am in this house with this 74-year-old husband who I really don’t want to live without. He was withdrawing, so I thought: ‘I’m going to teach him to dance.’ And it became a challenge.”

The pair have since confirmed they’ll be taking ‘Sunday Lunch’ on the road but further details are yet to be revealed.

Taylor confirmed in March that the masked metal titans had completed work on their “killer” new record, which will follow 2019’s ‘We Are Not Your Kind’. A release date is not yet known.

Earlier this year Slipknot DJ Sid Wilson gave further insight into what fans could expect from the band’s next full-length effort, explaining that his “sound selection was a little more off-planet than normal” following an extensive period of touring. Drummer Jay Weinberg has also said that the band “turned up the dials on experimentation” while making their seventh album.