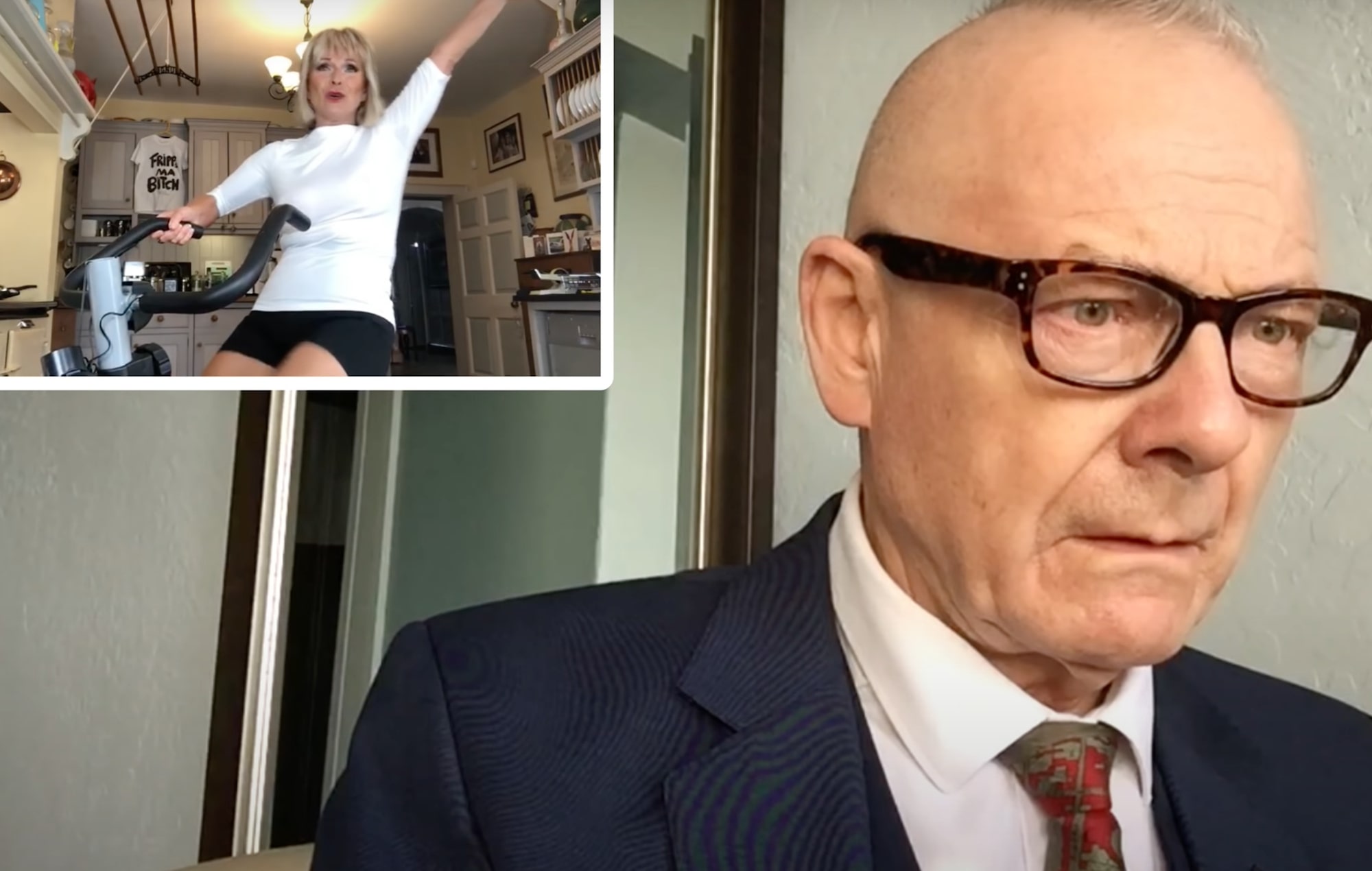 Toyah Willcox has performed a cover of Divinyls’ ‘I Touch Myself’ in a solo take on her and husband Robert Fripp’s Sunday Lockdown Lunch videos.

Fripp is currently on tour in the US with King Crimson, leaving Willcox to continue their popular series alone.

“Yippee! My little wife has sent me a viddy!” Fripp introduced the new video, before filming his reaction to his wife’s cover. “A viddy from home. Let’s see what little sweet lips has for me.”

“Hello baby, I’m keeping the bed warm for you,” Willcox told him as she appeared on screen, before climbing onto the exercise that previously featured in the couple’s viral Metallica cover video. Watch her perform ‘I Touch Myself’ below now.

We could see more solo performances from Willcox in the coming weeks as King Crimson are touring until the middle of September. Meanwhile, Toyah recently told NME that she and Fripp are planning to develop their series into “a bigger brand”.

Willcox also recalled trying to beat up Adam Ant while working with him on Derek Jarman’s film Jubilee. Asked by NME if the rumours about them getting into a fight were true, she replied: “Yes! He formed a band for Jubilee that was needed in a scene called the Maneaters – I was the singer for it, and Adam’s wife, Eve, was the bassist. The problem was, I was too individualistic and I already had the Toyah Band.

“They said they needed to get a singer who was more feminine and melded in. And there was an altercation but Derek Jarman stood between us holding me at arm’s length laughing his head off! I was a terrible scrapper, but I had to be a scrapper in Birmingham. I had a reputation for sticking up for myself so there weren’t too many fights!”