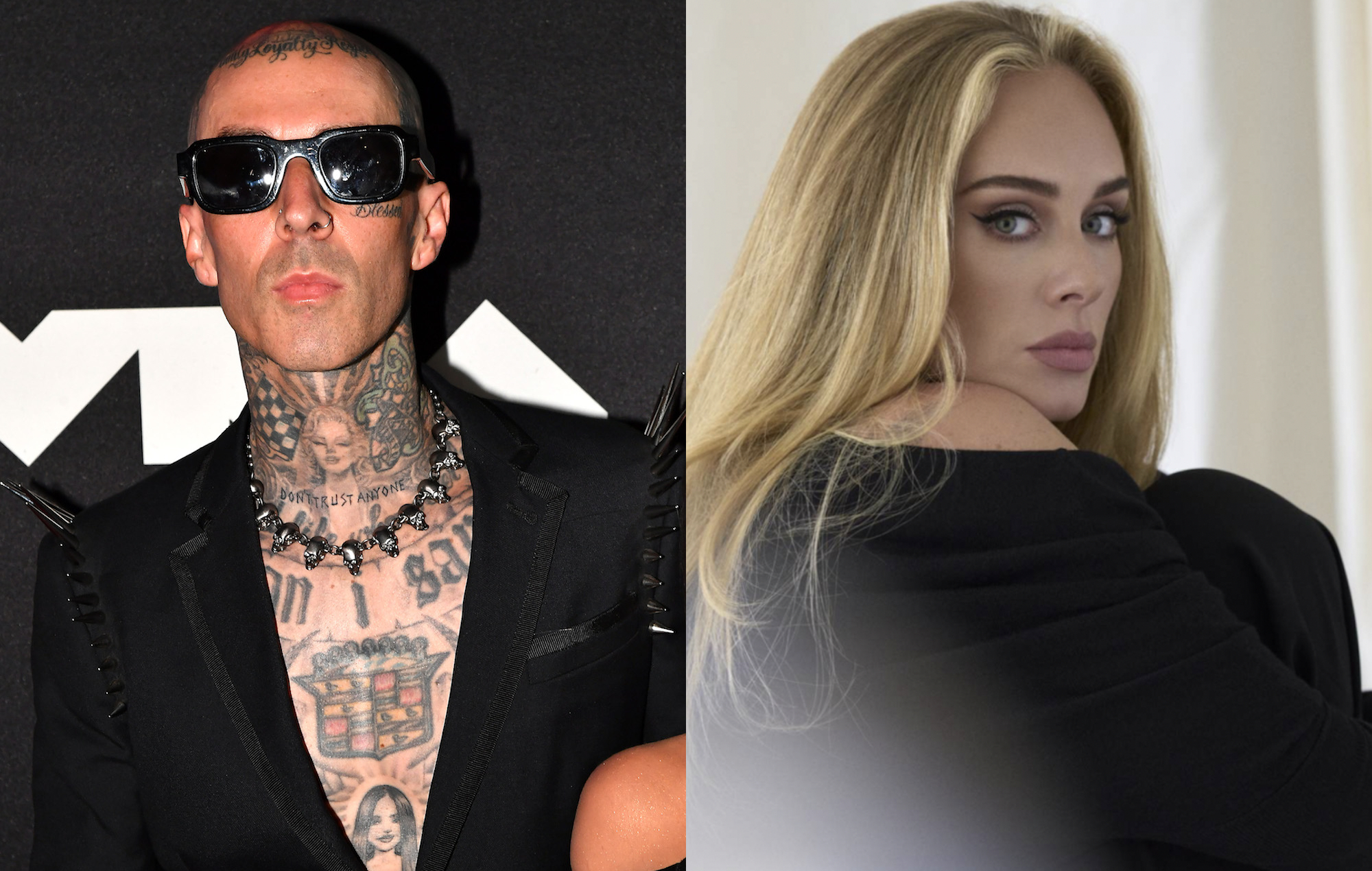 Travis Barker has shared a video of him performing a rocky drum cover of Adele’s recent hit single ‘Easy On Me’.

The Blink-182 drummer has given an unlikely makeover to the piano-led ballad, which marked the British pop star’s first new material in six years.

In a video posted to his Instagram page, Barker drummed along to the track, adding complex fills and a rock edge to it. Surging guitars can also be heard on the new version.

At the end of the clip, one of the musician’s white drumsticks appeared to break. Watch the video below now.

Barker’s drum cover of ‘Easy On Me’ follows Kanye West’s Sunday Service Choir recently giving their own take on the track. During a Sunday Service session in LA on November 28, the choir reworked the song to pay tribute to fashion designer, DJ and creative director Virgil Abloh, who had died earlier that day.

“Go easy on me, father / I am still your child,” they sang on the gospel cover. “And I need the chance to / Feel your love around.”

Upon its release in October, ‘Easy On Me’ broke the UK chart record for the highest first-week single sales in four years. It racked up 217,300 chart sales in its first week of release, the highest week one figure since Ed Sheeran’s ‘Shape Of You’ scored 226,800 chart sales in January 2017.

In other Travis Barker news, the Blink-182 star appeared in Avril Lavigne’s video for her latest single ‘Bite Me’ in November. The track was co-produced by Barker and was released on his record label, DTA Records.

He also joined the Canadian pop-punk star as she performed the track on The Tonight Show starring Jimmy Fallon in the weeks after its release. Barker played the drums for the performance, which saw him, Lavigne and her band all dressed in red and performing from a room covered in graffiti.