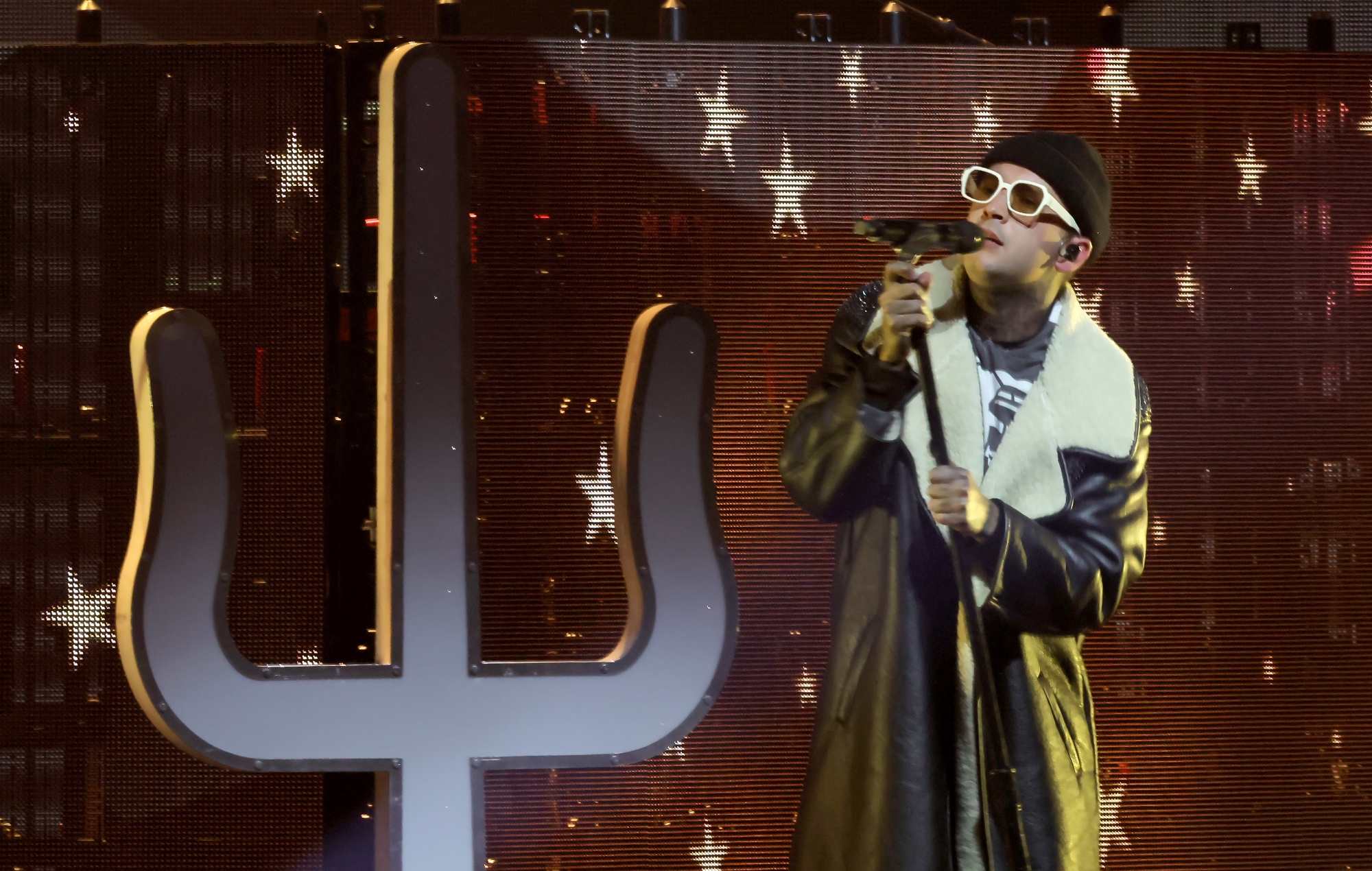 Twenty One Pilots performed their recent single ‘The Outside’ on Jimmy Kimmel Live last night (January 17) – check out the video below.

The Ohio duo (Tyler Joseph and Josh Dun) appeared as the musical guests on the late night US chat show in support of their latest album ‘Scaled And Icy’, which came out last May.

Donning a long black coat, Joseph sang next to a blue light shaped like the Twenty One Pilots logo as Dun and the group’s touring members played behind.

The band was illuminated by brightly coloured lights, with dazzling visuals being displayed on a screen at the back of the stage. “Thank you for having us,” Joseph said during the track’s funky breakdown.

Last week saw Twenty One Pilots play a concert at The Forum in Los Angeles as part of iHeartRadio’s ALTer EGO event. During the gig, the band covered Coldplay classic ‘Yellow’ and said Chris Martin and co. were “big influences on us”.

Resharing the clip on Instagram, Bellamy wrote: “When you’ve taken the kids to see Twenty One Pilots and Tyler Joseph decides to come in the crowd, sings right next to you, and you embarrass yourself, your family and everyone in the building.”

Twenty One Pilots played their first show of 2022 in Indianapolis, Indiana on January 9. They covered Elton John‘s ‘Bennie And The Jets’, while ‘Shy Away’ featured a snippet of My Chemical Romance’s 2004 anthem ‘I’m Not Okay (I Promise)’.