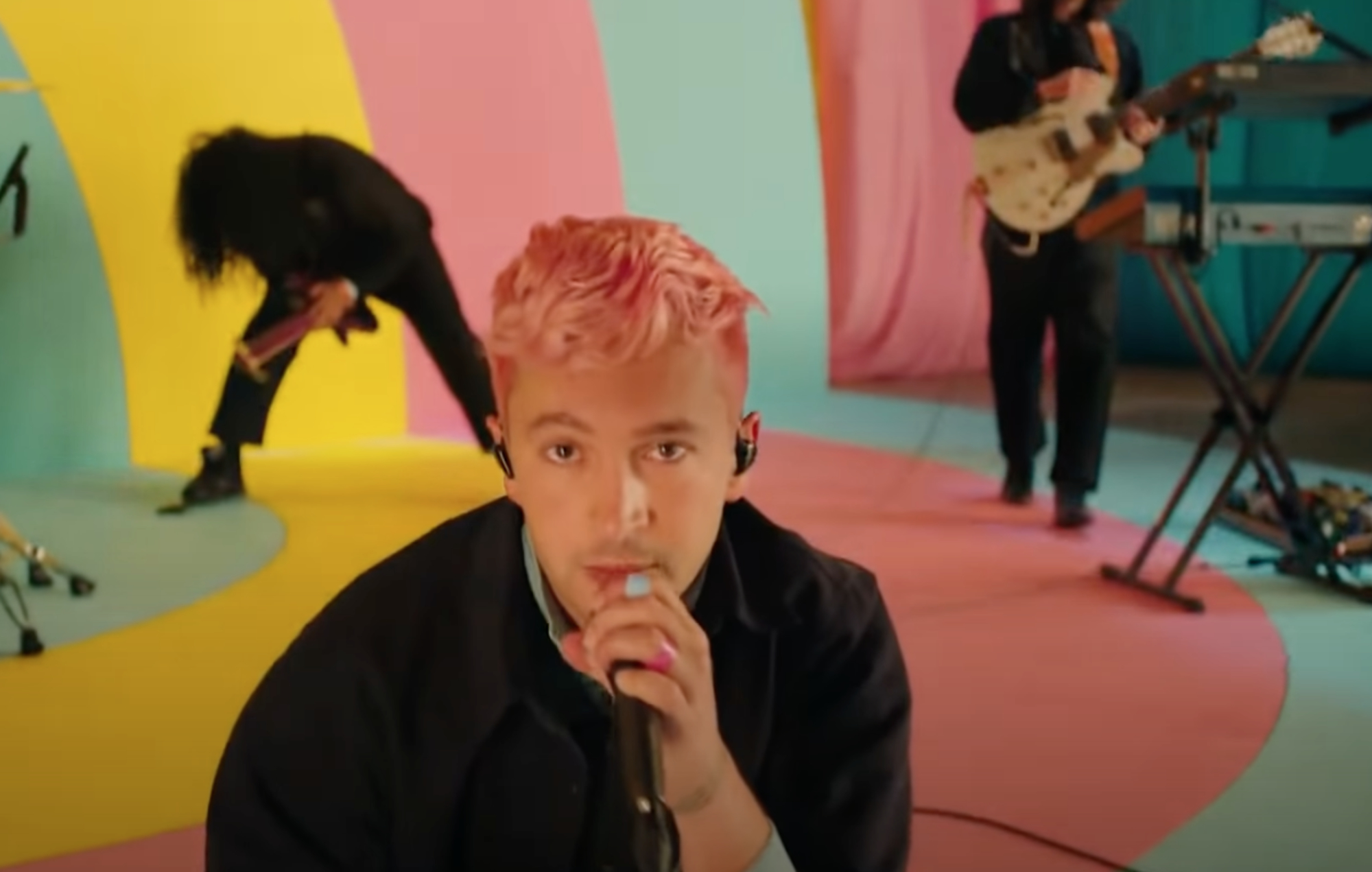 Twenty One Pilots delivered a performance of new single ‘Shy Away’ on last night’s (May 28) The Tonight Show Starring Jimmy Fallon – watch it below.

The Ohio duo – comprised of Tyler Joseph and Josh Dun – delivered a virtual performance of the song from the same pastel-coloured set used in some of their recent press shots.

After being introduced by Fallon, who was joined by Army Of The Dead actor Dave Bautista, Twenty One Pilots gave fans a taste of what to expect when the band eventually gets back on the road.

You can watch the duo’s performance of ‘Shy Away’ below:

The performance arrives a week after the release of Twenty One Pilots’ new album ‘Scaled & Icy’, the follow-up to 2018’s ‘Trench’.

In a four-star review of the album, NME‘s Ali Shutler said: “If ‘Blurryface’ was the band fighting to be heard and ‘Trench’ saw them trying to maintain control, ‘Scaled and Icy’ sees the pair mostly at peace and following their gut.”

The review continued: “Despite the swaggering optimism and huge pop bangers, ‘Scaled and Icy’ is still very much in the Twenty One Pilots universe. Sure, there is some inevitable fan service – the title, after all, is an anagram of ‘Clancy is dead’ – but this album sees one of the most fearless bands of their generation continue to take risks.”

In addition to ‘Shy Away’, Twenty One Pilots recently released videos for their new the songs ‘Saturday’ and ‘Choker’.


Meanwhile, Twenty One Pilots have said that their cover of Oasis‘ ‘Don’t Look Back In Anger’ at Reading and Leeds Festival was one of their career highlights.

The duo performed the iconic Britpop anthem at both sites in August 2019, and even teamed up with Post Malone for their cover at Leeds Festival.