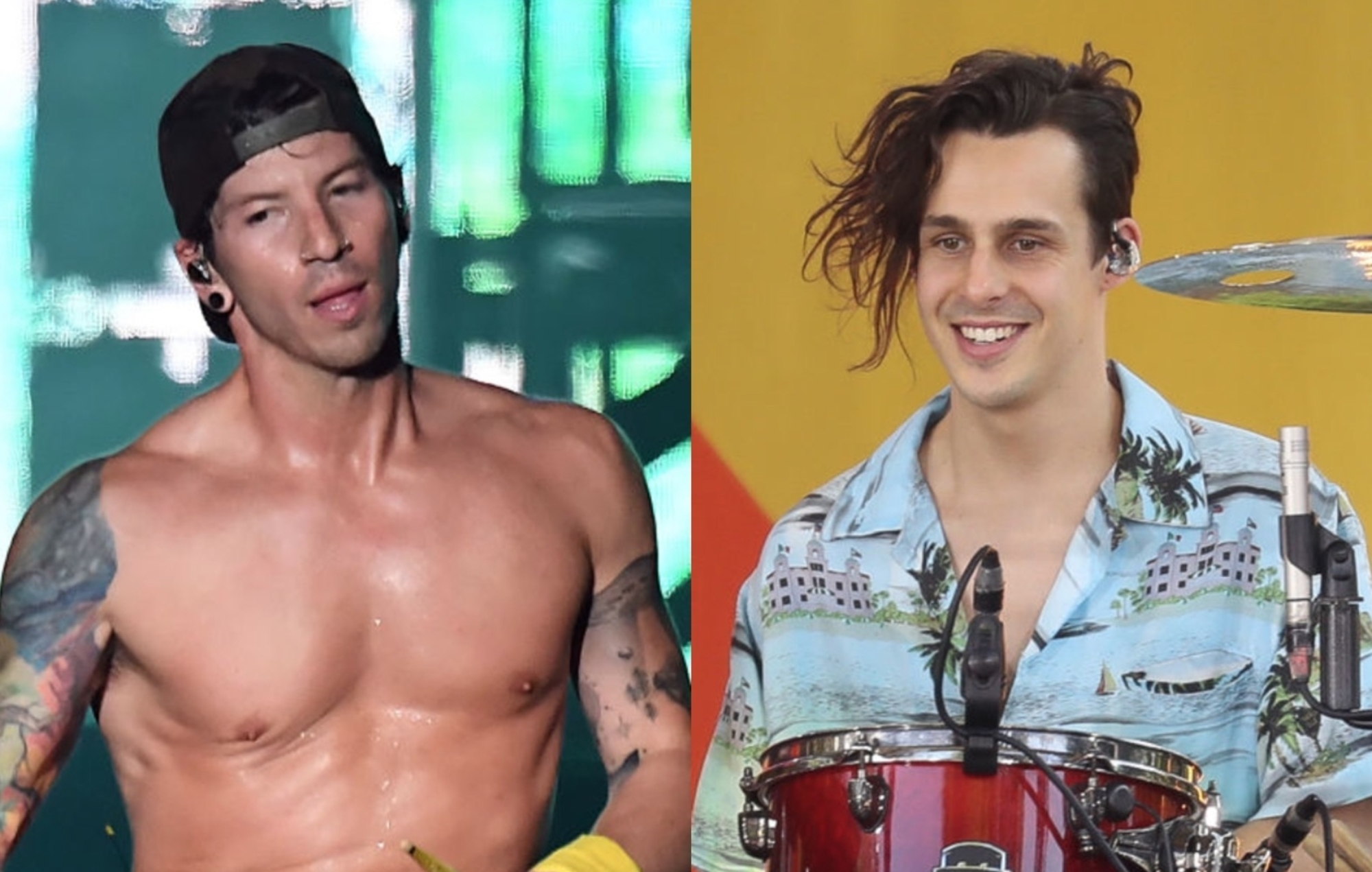 Twenty One Pilots‘ Josh Dun and Chainsmokers‘ Matt McGuire have teamed up to perform a series of explosive drum covers.

Speaking in a post drum-off interview, Dun explained how the megmix came to be. “We thought it would be cool to do some older songs that were inspirational to us in some way or another – songs that we’ve played in the past, whether it’s in our parents’ basement or in a loft in a warehouse that we rented out somewhere,” he said. “I think when I started playing drums it was kind of an emotional release through hitting something – it just felt really good!”

“I used to just go to the local record shop and find the most tattooed guy that I could and I’d be like, ‘Hey, what am I buying this week?’ He would just give me a little bit of everything, and then I took it across the street to the music store, put in my Walkman, and then put on the electronic drum headphones over the top of that and then mix the two.”

Watch the pair’s drum-off below:

Meanwhile, in what is undoubtedly one of the strangest mash-ups in some time, a YouTube user has mixed Taylor Swift‘s ‘Love Story’ with ‘Jump Suit’ – the lead single from Twenty One Pilots‘ 2018 album ‘Trench’.


It marks the latest unexpected mash-up from Maranci, who previously mixed Rammstein’s ‘Du Hast’ with Justin Timberlake’s ‘My Love’.