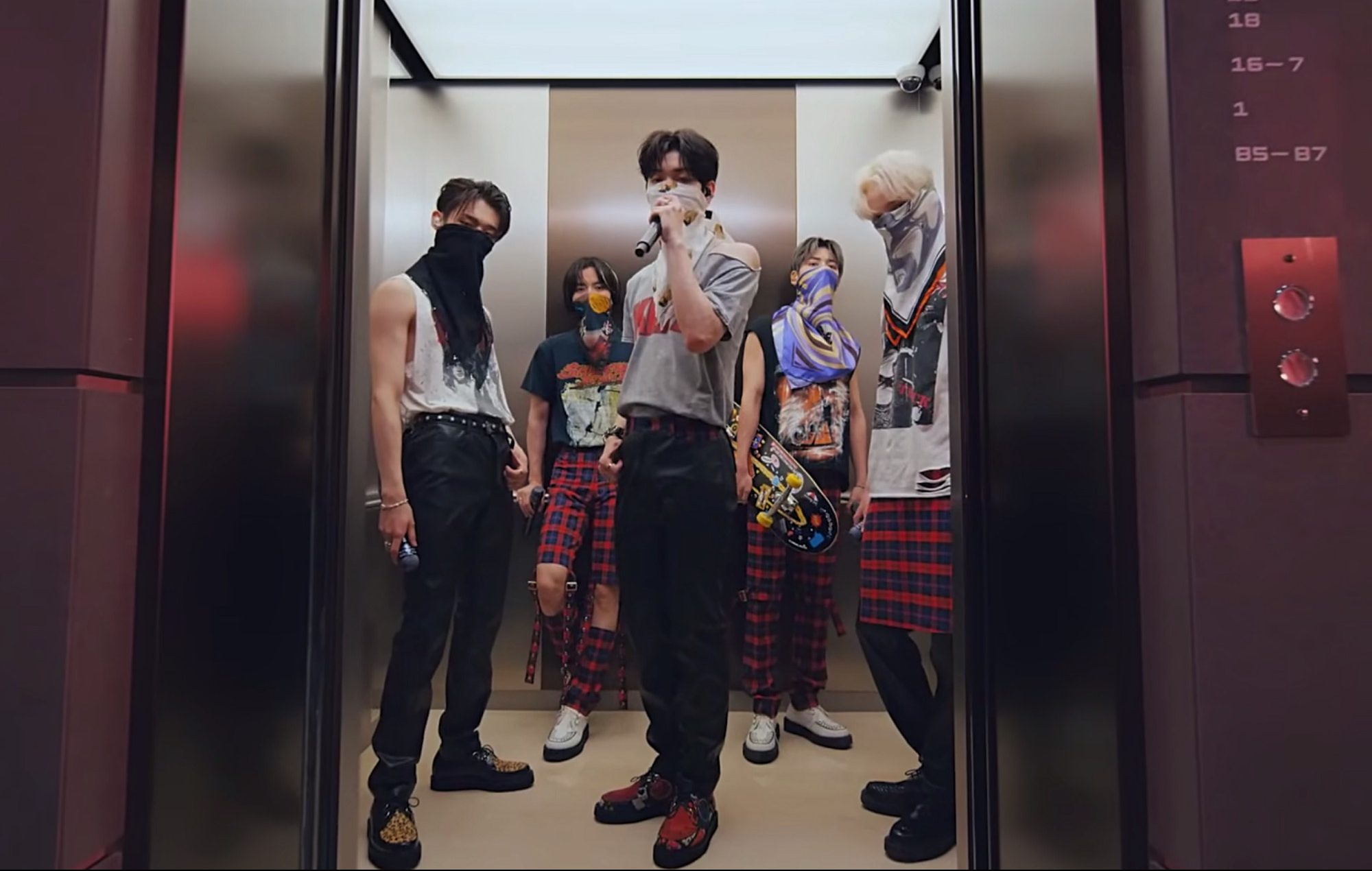 On September 2, the Big Hit Music idol group unveiled the clip, which it dubbed as an “office attack” version. As the name suggests, the clip is set in the HYBE Labels building, with the members of TXT giving viewers a unique tour of the agency through their performance.

In the video, TXT make their way up an elevator before bursting into the office, where the HYBE Labels staff are working. The boyband wreck havoc as they make their way through the office cubicles, singing along to ‘LO$ER=LO♡ER’ while the agency’s staff look on in awe.

In a four-star review of the record, NME‘s Rhian Daly said that while the repackaged album “finds TXT continuing to grow and explore everything they’re capable of with some brilliant, exhilarating results”.

Last month, South Korea’s Naver Webtoon announced that it would be partnering with HYBE labels as part of its new “super casting” initiative. The upcoming collaboration is expected to spawn original comics featuring characters based on artists under HYBE. These include TXT, BTS, ENHYPEN, Zico, SEVENTEEN and more artists under its subsidiary labels