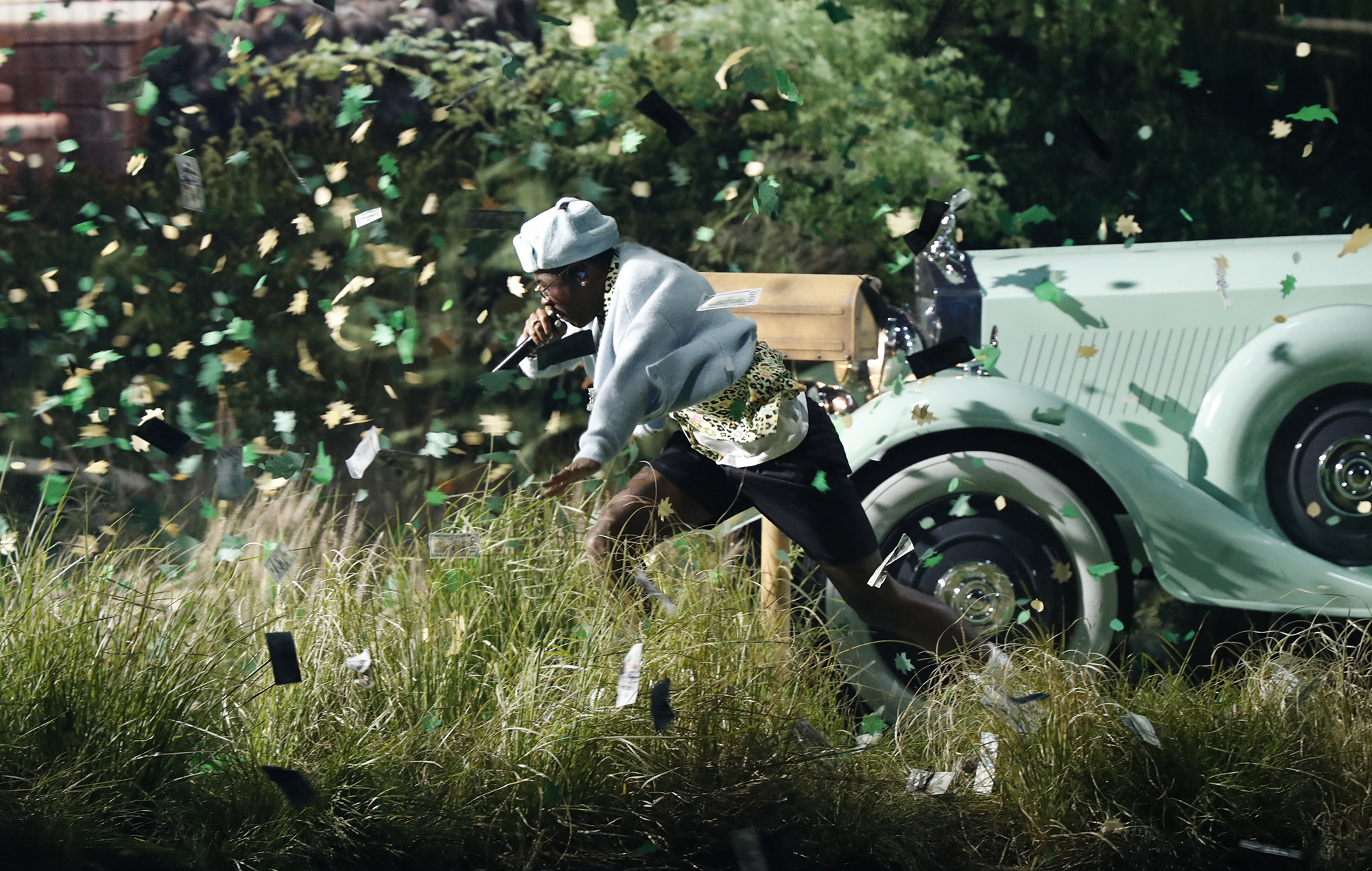 Watch Tyler, The Creator battle a wind storm during his BET Awards performance

Tyler, The Creator has performed his recently released track ‘Lumberjack’ at the 2021 BET Awards ceremony.

‘Lumberjack’ is the lead single from Tyler, The Creator’s new album ‘Call Me If You Get Lost’, which landed last Friday (June 25). The performance sees the artist step out of a Rolls Royce and battle a vicious wind storm while rapping.

‘Call Me If You Get Lost’ is the follow-up to Tyler, The Creator’s 2019 album ‘IGOR’. The 16-track record included guest appearances from Pharrell and Lil Uzi Vert (both on ‘Juggernaut’), Lil Wayne (‘Hot Wind Blows’), Ty Dolla $ign (‘Wusyaname’), Domo Genesis (‘Manifesto’) and more.

In addition to the album, Tyler, the Creator released a new song titled ‘Tell Me How’ in March, after it was featured in an advertisement for Coca-Cola the previous month. Earlier in the year, he featured on the Brent Faiyaz track ‘Gravity’.