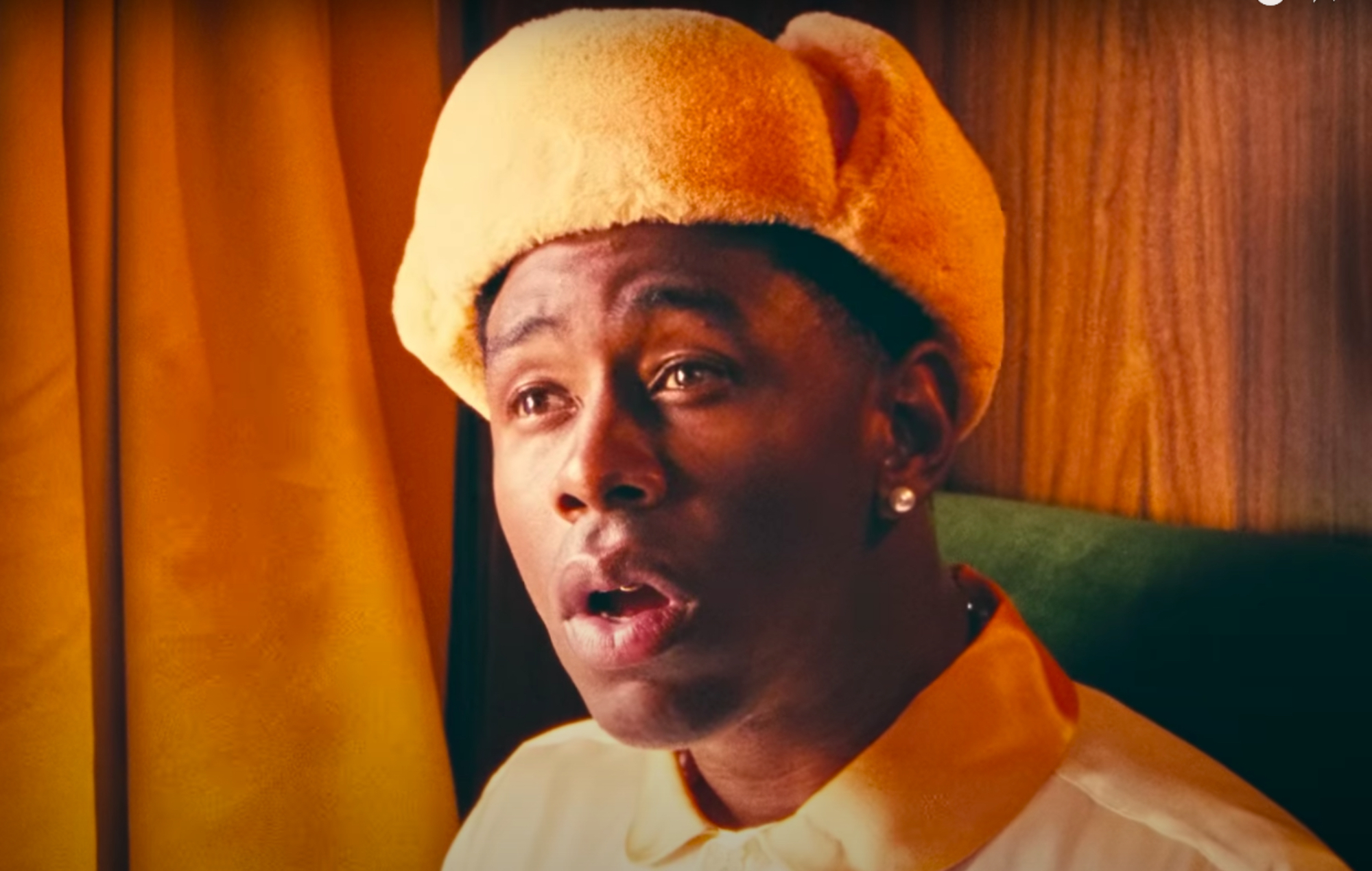 Tyler, The Creator has shared a teaser for his forthcoming new album ‘Call Me If You Get Lost’ – you can watch it below.

Tyler is due to release the follow-up to 2019’s ‘Igor’ this Friday (June 25), and has this month previewed the project with the songs ‘Lumberjack’ and ‘WUSYANAME’ – both of which were accompanied by official visuals.

Today (June 23) the musician shared a self-directed skit titled ‘Brown Sugar Salmon’ on his official YouTube channel. It sees Tyler take on the role of a character called Mr Baudelaire, who’s aboard a train travelling through the countryside.

“Oh, dude – I am so fucking hungry and I just want to eat,” Tyler tells a waiter in his carriage. “Could I get the brown sugar salmon?”

A farcical back-and-forth between the staff and the “starving” rapper continues as he is unsuccessful in his attempts to order a meal. Frustrated at the situation, Tyler is finally told that the kitchen is serving “complementary yoghurt” – although this too turns out to be untrue.

The skit concludes with the ‘Call Me If You Get Lost’ title being displayed on the screen while surrounded by colourful stars.

The official announcement of Tyler, The Creator’s new record followed a series of cryptic teasers, which began with billboards appearing in various locations with the words “Call Me If You Get Lost” and a phone number emblazoned on them.

In a four-star review of ‘Igor’, NME wrote: “Love may not often see eye-to-eye with Tyler, but he’ll always have the loving embrace of music to draw comfort from. ‘IGOR’ sees the 28-year-old expressing his flourishing musicianship, showcasing his strength as a songwriter with a keen eye for detail.”