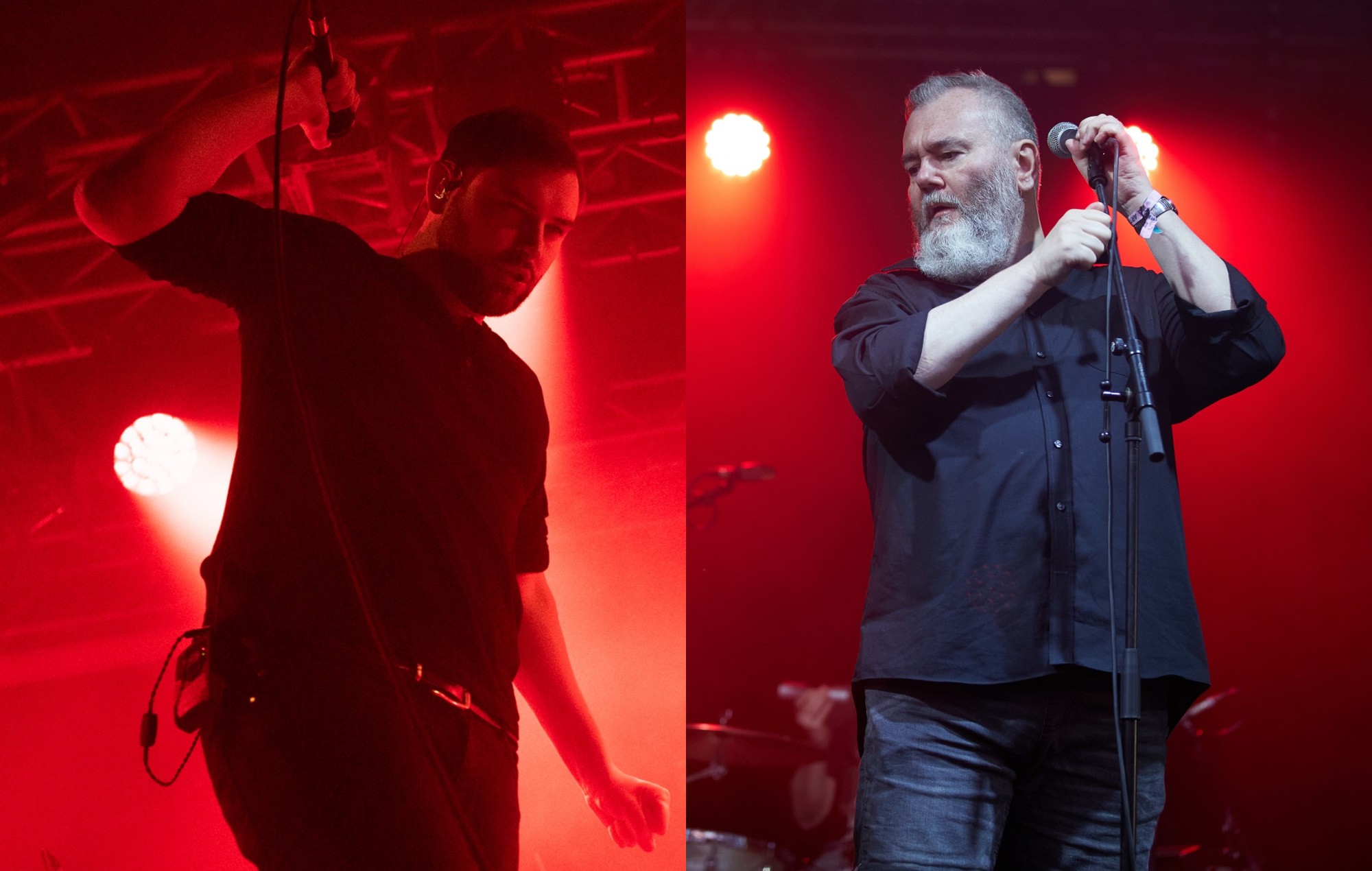 Gentle Sinners – the new project from Aidan Moffat of Arab Strap and James Graham of The Twilight Sad – have shared the latest single from their upcoming debut album. Listen to ‘Landfill’ below.

‘Landfill’ follows recent single ‘Face To Fire (After Nyman)’, which was released in March alongside the announcement of the album, ‘These Actions Cannot Be Undone’.

The track is the album’s rousing finale, exploring the theme of mental health with a backdrop of synths and strings as Graham repeatedly chants “you’re an accident waiting to happen”.

It arrives with a cinematic video, directed by Kieran Howe, who commented: “The music is so full of sobering honesty, as a director I felt I couldn’t shy away from my inner most feelings. Hopefully we captured something that conveys how it feels to be in pain, and to be struggling with your mental health.

“In the same way that James and Aidan have inspired me to express these feelings, I hope this video might do the same for others. It’s been a thrill to work with them on this music video.” Watch the video below.

Speaking of the single, Graham said: “My mental health was at the worst it’s ever been. It was starting to physically manifest and for, the first time in my life, I needed medication to help me. I had resisted it for years as I thought I would be failing my family, but that was so wrong of me. There should be no stigma in seeking medical help for your mental health.”

He continued: “The brain is an organ just like any other part of your body and will react to stress like any other organ or muscle. Realising it wasn’t my fault and that there is no shame was a massive thing for me. This song is the manifestation of those feelings.”

‘These Actions Cannot Be Undone’, will be released on May 13 via Rock Action, with a vinyl release to follow in September. It will also contain the single ‘Killing This Time’, which appeared in November and was credited to Graham and “someone else” (now revealed as Moffat).


In an interview with NME in March, the pair spoke about their relationship and working together on the new album. “I was blown away by the music he was sending me every time, hearing the kind of songs that I would never have though It’d have a chance to write to,” Graham said. “I was excited more than anything, just to chuck as much as I could at it and see what stuck!”

He continued: “This sounds corny, but I discovered something about myself that I didn’t know I had within me, and that’s been massive. It has shown me that I can work with other people, and there’s a different side to me. Although it’s still fucking miserable!”

Moffat added: “I would have an idea of a melody in my mind and think I knew what to expect, and then every time James came back with something that hadn’t occurred to me. He hears melody and writes songs in a completely different way.”