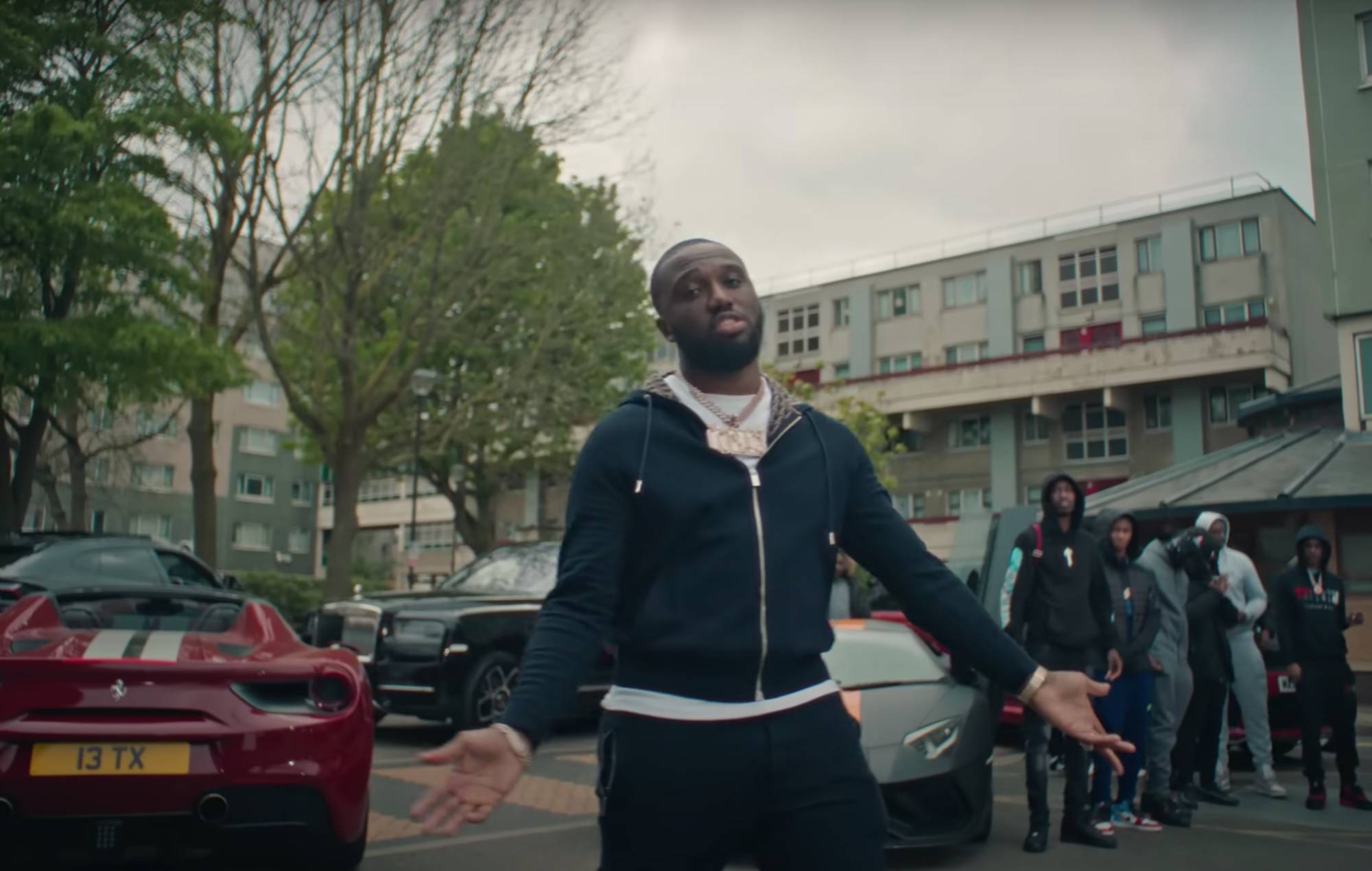 Headie One has shared a new single ‘Came In The Scene’ – watch the video below.

‘Came In The Scene’ is the first taste of new solo music from the rapper since his 2021 mixtape ‘Too Loyal For My Own Good’ and 2020 debut album ‘Edna’. He also released a collaborative mixtape in 2020 with producer Fred again.. titled ‘Gang’ that featured appearances from FKA twigs, Jamie xx, Sampha and more.

Produced by M1onTheBeat, ‘Came In The Scene’ features classic Headie One drill bars over an energetic beat. The accompanying music video, directed by the rapper and Don Prod, takes him and his crew back to his old stomping grounds in Broadwater Farm.

In the visuals, they’re seen surrounded by expensive-looking cars, before driving through the streets of London and enjoying a fancy meal in a restaurant. At the end of the video, Headie One and his crew are filmed in black and white as they hop on board a private jet.

In a four-star review of ‘Too Loyal For My Own Good’, NME‘s Kyann-Sian Williams wrote that the collection “showcases his singing voice and floorfilling sensibilities” and “proves Headie One’s great musical ear”.

“‘Too Loyal For My Own Good’ should live on as a highlight of Headie’s discography. Think about how much the young man from Tottenham has grown in just a year as he sits pretty as an upper echelon of the UK scene.”

Elsewhere, in a four-star review of ‘Edna’, NME said the album saw Headie One “honour drill origins and delve into conscious rap,” adding that it was also “a largely playful representation of UK popular music today”.


The deluxe version of the album dropped in 2021, featuring collaborations with Burna Boy and Rich the Kid.

Headie One is due to headline NASS Festival’s 2022 edition, alongside The Streets and Mabel. The festival, known for being the UK’s biggest celebration of music, street art, skate and BMX, will take place July 7-10, 2022 at the Bath and West Showground near Bristol. You can find tickets here.