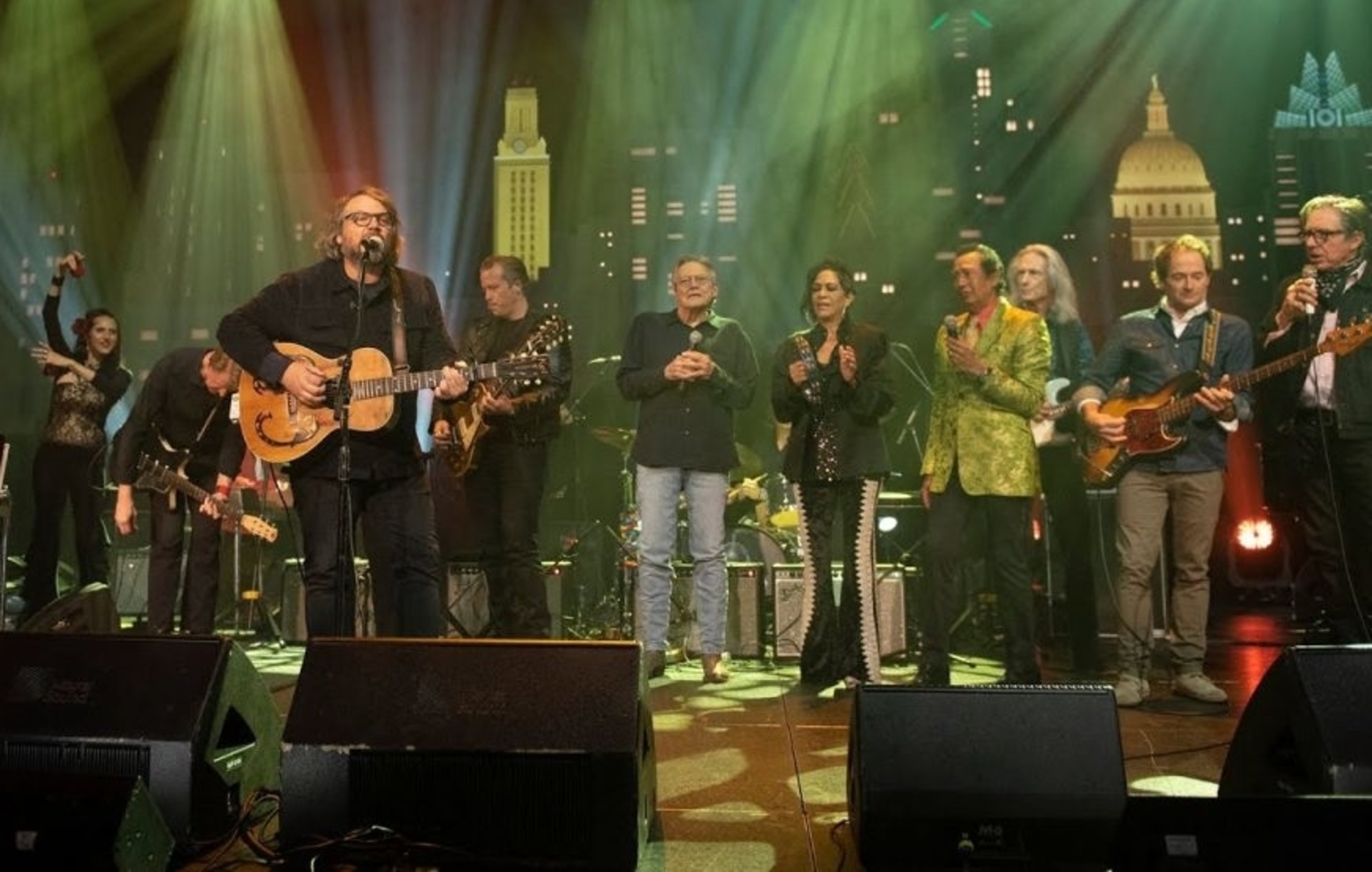 Wilco were inducted into the Austin City Limits Hall of Fame last October, and PBS have now aired the honours ceremony.

The alt-rockers, who were honoured alongside Lucinda Williams and Texas singer-songwriter Alejandro Escovedo, capped off their induction with a huge all-star performance of ‘California Stars’ – a highlight of their 1998 album ‘Mermaid Avenue’ which was created alongside Billy Bragg.

Isbell, who previously joined Wilco for a performance of ‘California Stars’ in 2016, did the honours of inducting Williams into the ACL Hall of Fame, while Price joined her for a searing take on ‘Changed The Locks’.

Long-running public television institution ACL established its Hall of Fame in 2014 to honour artists who’ve had a significant impact on its 47-year history, such as Willie Nelson, Townes Van Zandt, and Bonnie Raitt.

The 7th Annual Hall of Fame Honours aired last night (January 8) on PBS. You can watch it in full here, and you can see Wilco’s mega performance of ‘California Stars’ below.

Wilco’s last album was 2019’s ‘Ode To Joy’. In a four-star review, NME‘s Elizabeth Aubrey called it “a quietly triumphant return to form”.

Frontman Tweedy, meanwhile, shared a new project entitled ‘Live Is The King’ in December, which included a cover of Neil Young’s ‘The Old Country Waltz’.

Back in October, Wilco shared two covers by The Beatles as part of a celebration of the band’s final album ‘Let It Be’.

The band covered ‘Dig A Pony’ from the record and ‘Don’t Let Me Down’ which featured as a B-side to the ‘Get Back’ single, for Amazon Music’s [RE]DISCOVER campaign, which for the month of October was focusing on The Beatles final era.