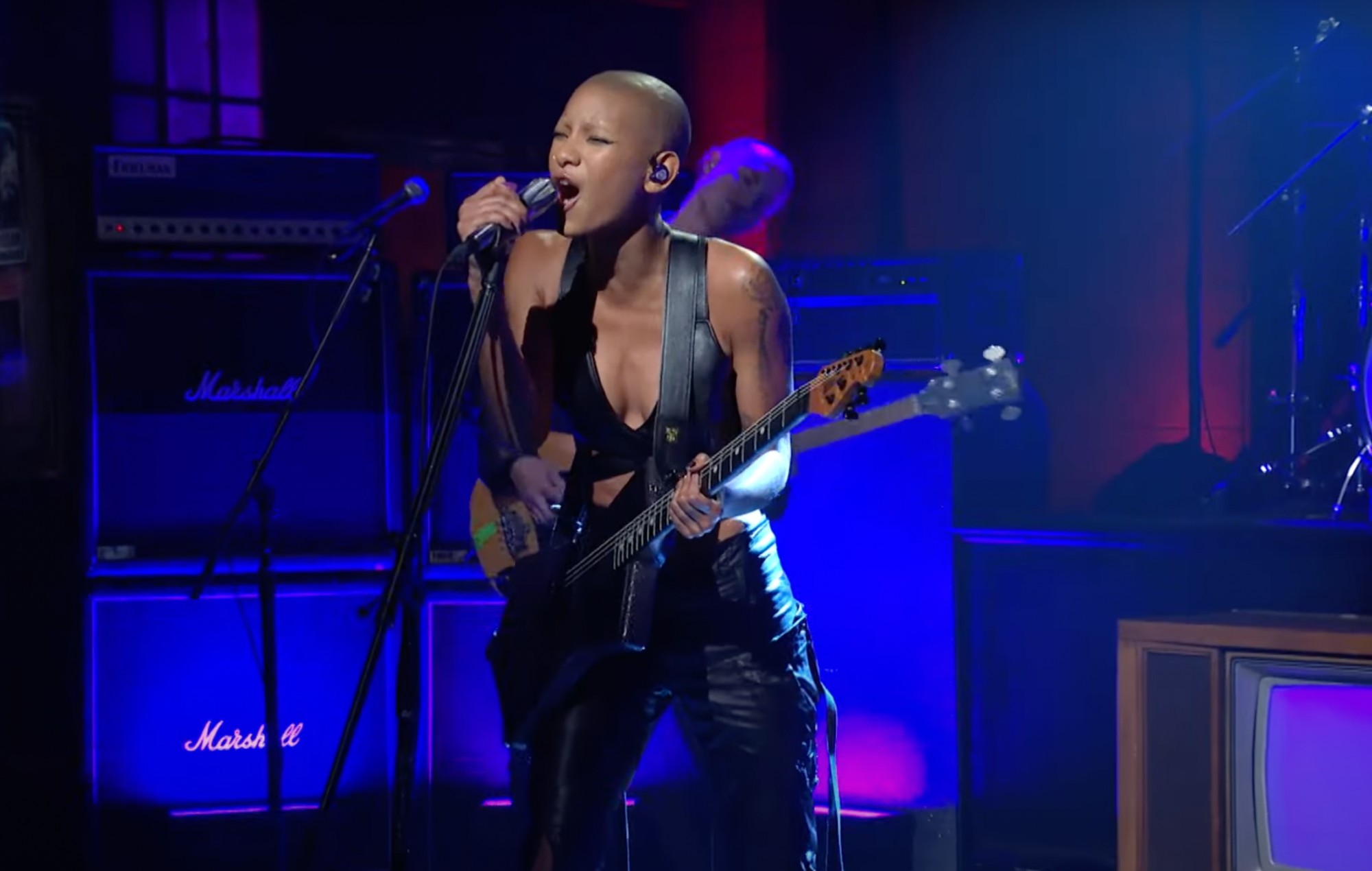 WILLOW made her solo Saturday Night Live debut last night (October 8) and delivered a punishing two-song set – watch ‘Curious/Furious’ and ‘Ur A Stranger’ below.

First track ‘Curious/Furious’ blended her soulful vocals with jangly indie melodies while ‘Ur A Stranger’ was a full-blown metal assault, complete with powerful screams and a broken TV.

Check both performances out below.

WILLOW previously appeared on SNL earlier this year, as a special guest during Camila Cabello’s performance where the pair aired their ‘Psychofreak’ collab.

Speaking about it with Zane Lowe earlier this week, Willow said (via Rolling Stone): “I’m nervous obviously, because being with Camila— a really, really good friend of mine — there’s that feeling of comfortability there where you can look across the stage and be like, ‘Girl, we’re in this together. We’re doing this.’ I’m not baring my soul alone on the stage. But now it’s going to be me baring my soul alone on the stage, and I’m just so grateful and so excited, but also shitting my pants slightly.”

Speaking to NME about her love of the guitar, Willow said: “There’s a certain level of reckless abandon that comes with rock music. Specifically, I think the magnitude of oppression that any minority in America has historically experienced, it puts something inside of us that makes us want to growl a little bit and scream. I think pop-punk is a very beautiful expression of that.”

Recently, WILLOW spoke to NME about her debut novel ‘Black Shield Maiden’ and how she could “definitely” see herself quitting music to become a full-time author.

“I love reading, some of my favourite artists are authors. I just always wanted to be an author, even before I wanted to do music. I love literature, I just think it’s a really beautiful artform,” she explained. “There’s always some random stuff I’m getting myself into but what I do know is that it’s going to be fire.”