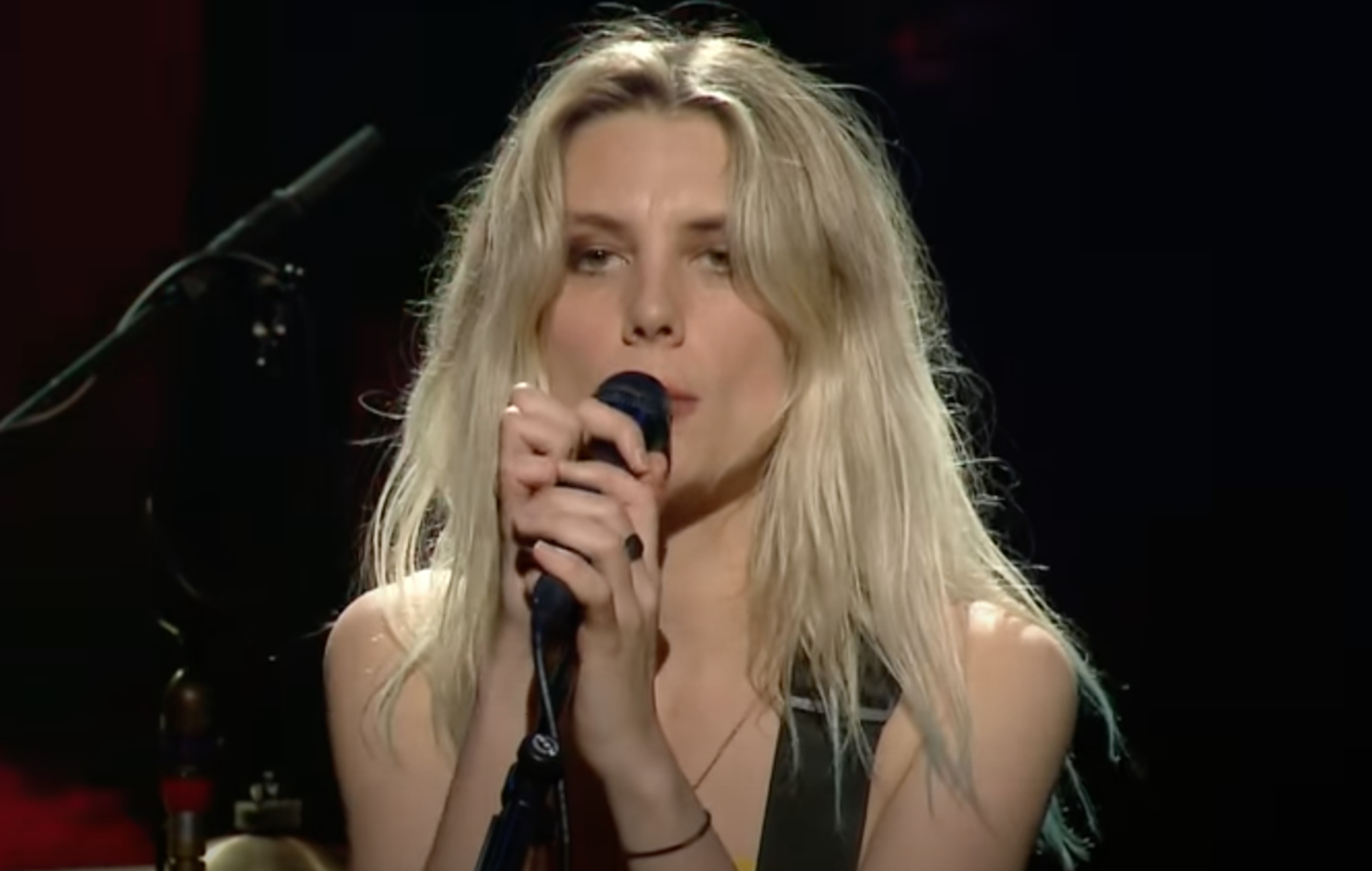 Wolf Alice have shared a fiery performance of new single ‘Smile’ as part of Radio 1‘s Big Weekend 2021 – watch it below.

The London band’s Big Weekend slot sees them perform in the BBC Radio Theatre, with lead singer Ellie Roswell delivering an energetic rendition of the song under interchanging spotlights and in front of a colour changing backdrop.

You can watch the band play ‘Smile’ below:

Wolf Alice joined the likes of Coldplay, Royal Blood, Ed Sheeran and London Grammar on the Big Weekend 2021 bill, with each artist performing their set from a special location of their choosing.

‘Smile’ is taken from Wolf Alice’s upcoming third album, ‘Blue Weekend’, which is set to be released on June 11 via Dirty Hit.

In a new interview with NME the band opened up on how the album’s title came to be and how they road-tested the record’s material in their own unique way.

During the interview they revealed that the title for the new album came from a cab journey in Belgium where they were recording the album. Vocalist/guitarist Ellie Rowsell suggested to drummer Joel Amey that the band should head to a nearby forest for a day out “on the next blue weekend”.


“Blue is a nice colour, but it also means sad,” Rowsell told NME of the title. “And I often think the weekend is so fun, but lots of drama takes place then so sometimes it’s the catalyst for your downfall.”

Meanwhile, Wolf Alice, The Chemical Brothers, Bastille and Bombay Bicycle Club have all been announced as the headliners of Latitude Festival 2021.