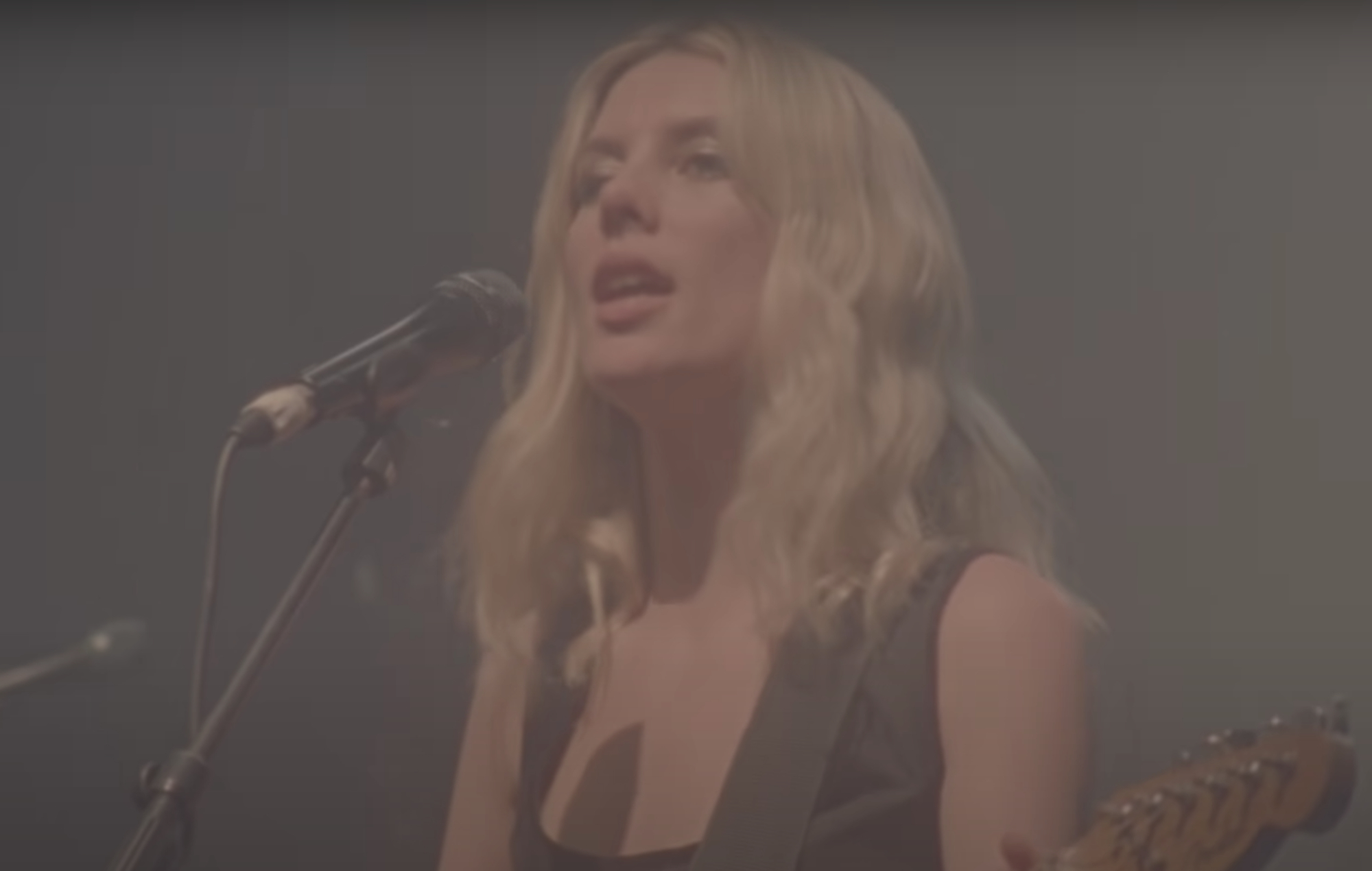 Watch Wolf Alice’s TV-filled live video for ‘How Can I Make It OK?’

Wolf Alice have shared a live video for new track ‘How Can I Make It OK?’ – scroll down the page to watch it below now.

The song was the last piece of new material to be released by the band ahead of the arrival of their third album ‘Blue Weekend’ on Friday (June 4).

The new video captures the band performing ‘How Can I Make It OK?’ In a studio surrounded by TVs. Some of the screens show white noise or lines of text appearing through the static. Others, meanwhile, are broadcasting the band’s performance.

Watch the performance below now.

‘Blue Weekend’ is currently the highest-rated album on Metacritic so far this year. At the time of writing, it has a score of 97 out of 100, two points above Ghetts’ ‘Conflict Of Interest’. The user score for Wolf Alice’s new album is currently 9.5 out of 10.

In a five-star review of ‘Blue Weekend’, NME described the record as “another stone-cold masterpiece that further cements their place at the very peak of British music”.


The band will premiere a short film to accompany the record at London’s Picturehouse Central cinema this week (June 10), where they will also stage an acoustic performance. The event will have two sittings, at 6:30pm and 8:45pm BST.

Meanwhile, last week Wolf Alice announced a new raft of US tour dates for 2021. The four-piece will head Stateside in October. They will follow the tour with a series of UK dates in January 2022.