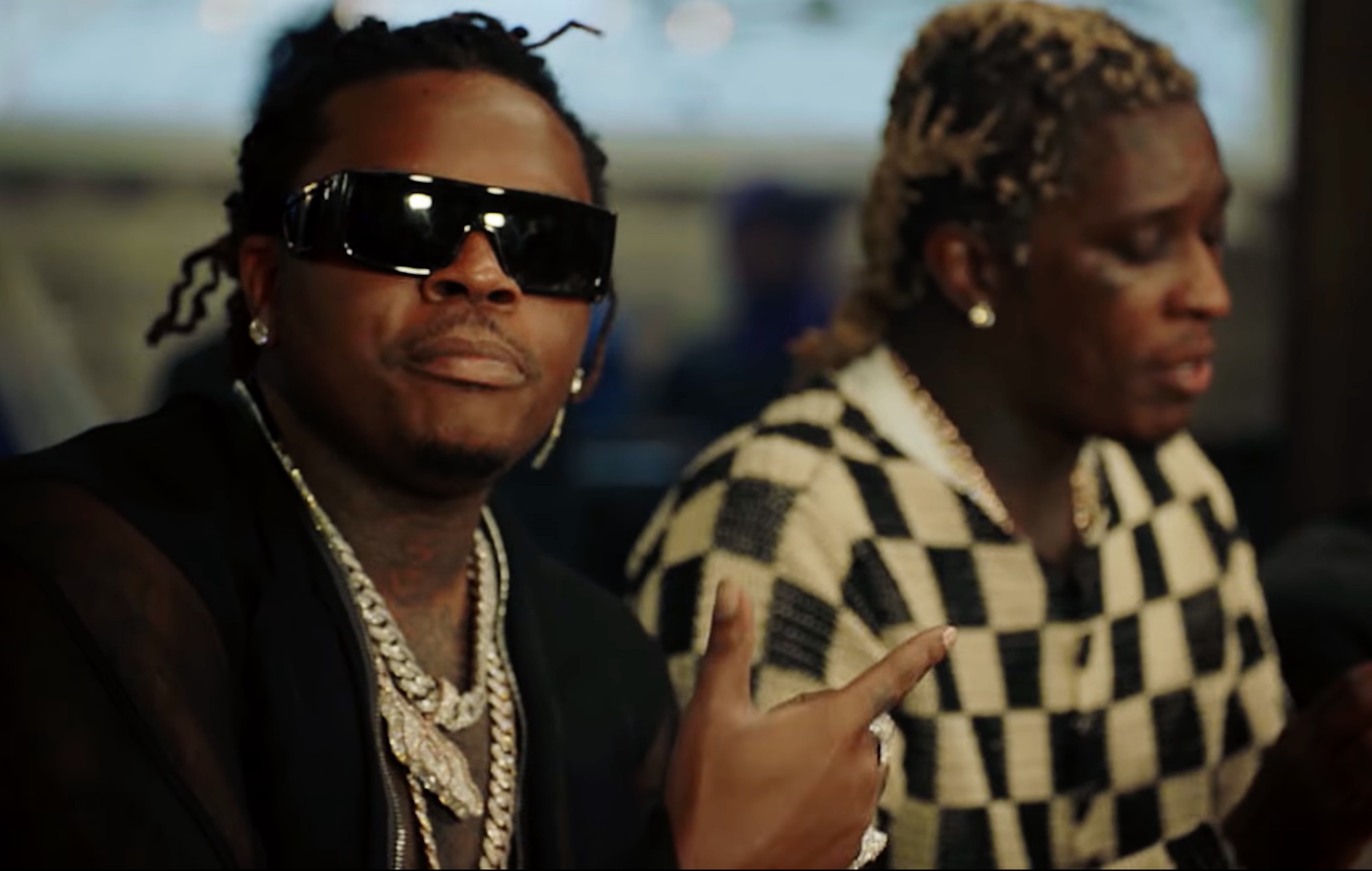 Footage has been shared of Young Thug and Gunna posting bail for prison inmates in their new video for ‘Pay The Fine’ – watch it below.

It had been reported earlier this week that the two rappers had posted bail for 30 low-level inmates who were unable to afford the costs themselves, and the act has now been immortalised in the new video.

The people were freed from Fulton County Jail in the two artist’s native Atlanta, Georgia on Sunday (April 25), where they were imprisoned while awaiting trial.

“This is where we are from,” Thug said in a press release. “We just woke up and went to the jail with the lawyer and you know DA’s and the prosecutors, you know, the bonding companies and just got as many people as we can out…It feels so good to the point where you start feeling that’s why God put me here. He put me here to do this.”

Watch the ‘Pay The Fine’ video below.

“You never know what somebody’s been through. There was people sitting out three or four years and couldn’t get out on a bond,” added Gunna, real name Sergio Kitchens.

“If they did the crime, then they can do the time, then it’s all right. But it’s like, you’re giving them a bond higher than what they stole,” Thug said. The pair say they intend to repeat the deed in the future.

In a review of the album, NME wrote: |YSL will have put smiles on many faces here. But ‘Slime Language’ was such a seminal release for the new hip-hop label, and ‘SL2’ doesn’t reach new highs, despite big rappers helping out.

“The album peaks quite early – perhaps with a few tweaks to the tracklist, the new stars of YSL could have had a little more time to shine.”