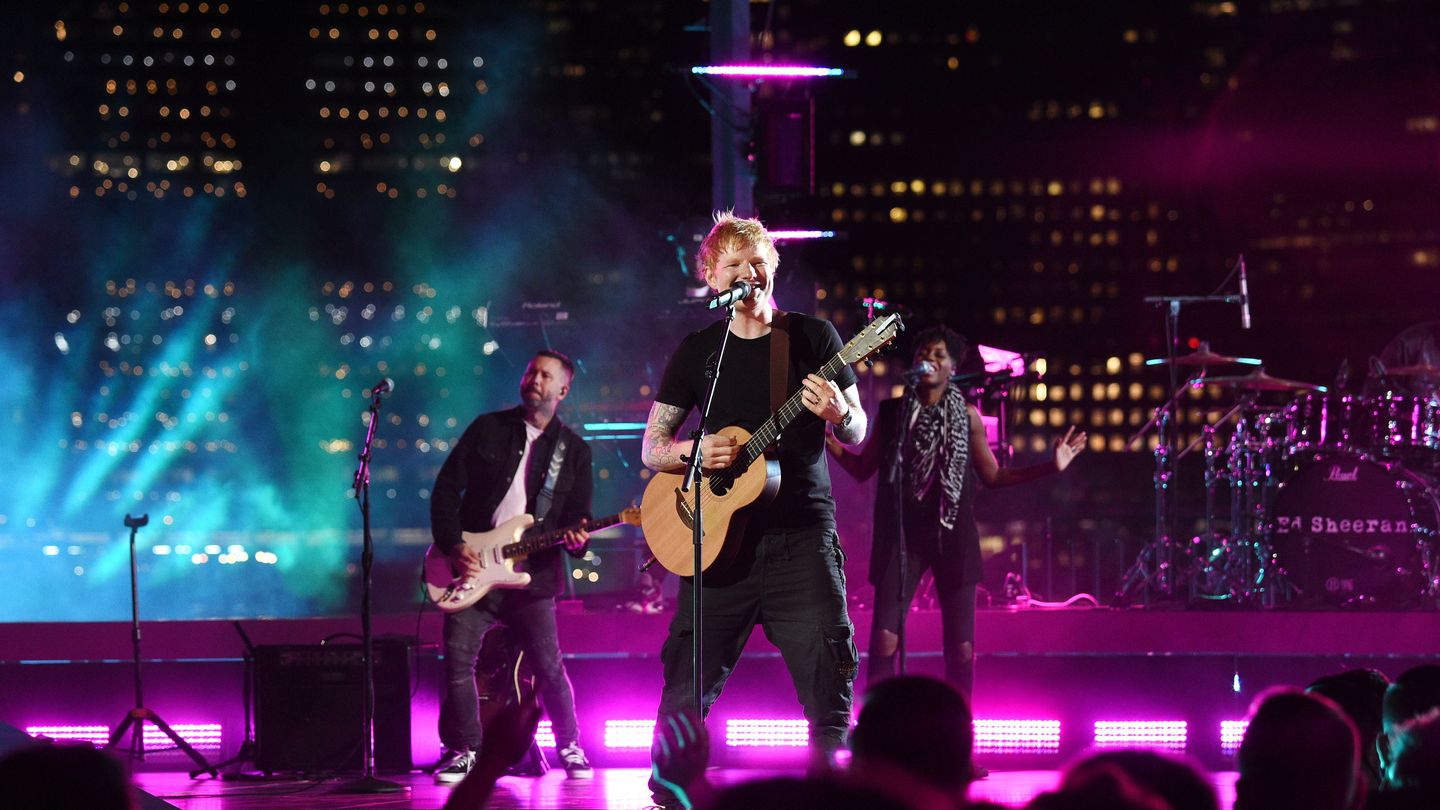 We Got ‘Shivers’ From Ed Sheeran’s Sweeping VMA Performance

As the sun went down over New York City Sunday night (September 12), Ed Sheeran cranked up the volume for his outdoor set at the 2021 VMAs. Under the stars in the shadow of a sweeping skyline, he debuted a no-frills rendition of his new song, “Shivers,” at Brooklyn Bridge Park.

This performance sadly doesn’t involve a romantic meet-cute with actress AnnaSophia Robb, as the single’s music video does, but you’ll still get goosebumps watching Sheeran’s sheer joy and wide smile onstage. (After the past few months, anyone who’s a fan of live music would probably have the same reaction.) The “Bad Habits” singer has always been a songwriter who can thrill a crowd with just his voice and trusty guitar — that’s been his M.O. ever since his first VMAs back in 2013 — so it’s no surprise he stuck to his bread-and-butter this year.

Sheeran is gearing up to release his fifth album, =, on October 29. It’s the hotly anticipated mathematical follow-up to 2011’s +, 2014’s x, and 2017’s ÷. No.6 Collaborations Project, his ambitious 2019 LP featuring artists as varied as Justin Bieber and Skrillex, which pushed him as an artist to much success. But judging from =’s lead single “Bad Habits,” this era marks a return to the catchy pop earworms that first made him famous. If you miss his collabs, fear not! He recently teamed up with BTS to give you “Permission to Dance.”)

Back to “Bad Habits” and its bloodthirsty vampire visuals directed by music video juggernaut Dave Meyers, who also helmed “Shivers.” The former earned Sheeran three VMA noms this year, including Video of the Year, Best Art Direction, and Best Choreography. Ahead of his performance, he called the VMAs a “bit more free, fun” compared to other awards shows, so don’t miss a second of the excitement.