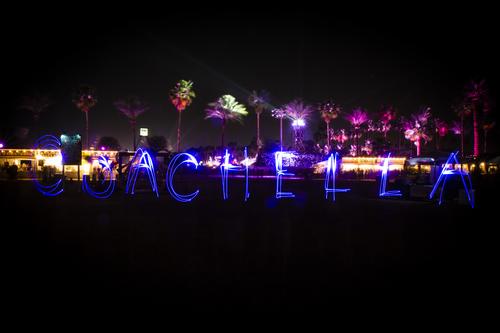 Weed Is Still Banned At Coachella, Despite California Marijuana Law

The 2018 edition Coachella, arguably North America’s most popular music festival, is gearing up to be one the most memorable in the event’s history. The Weeknd, Beyonce and Eminem are the three headlining acts, with a plethora other well-known hip-hop and R&B acts set to grace the stages in sunny Indio, California. However, some ticket buyers have been rubbed the wrong way because the festival’s continued stance on weed use, despite Cali laws that seem to contradict it.

RELATED:  Perfume Genius Wants Eminem To Fight Him At Coachella

According to TMZ, those hoping to get in some 4/20 action at Coachella would be well-advised to abstain, since the city Indio is looking to clamp down on marijuana use. Despite the fact that California has legalized weed some time ago, each city or town in the state is allowed to decide for themselves whether or not they’re going to allow recreational selling the ganja, and unfortunately for Coachella attendees in 2018, there’s going to be no leniency in this regard.

An important distinction: the festival must abide by California’s general marijuana laws and allow concertgoers to have a small amount weed on them for “personal use,” however they wouldn’t be allowed to smoke it out in the open. The solution? Neighboring locales like Palm Springs are way more liberal when it comes to marijuana sales, so attendees can hit up a dispensary that’s a close distance outside Indio. Pre-gaming will undoubtedly be a big thing.

RELATED: Beyoncé Will Not Reunite Destiny’s Child At Coachella, Contrary To Rumors: Report

Did you snag some tickets to Coachella? Who are you most excited to see perform there? Let us know in the comments.