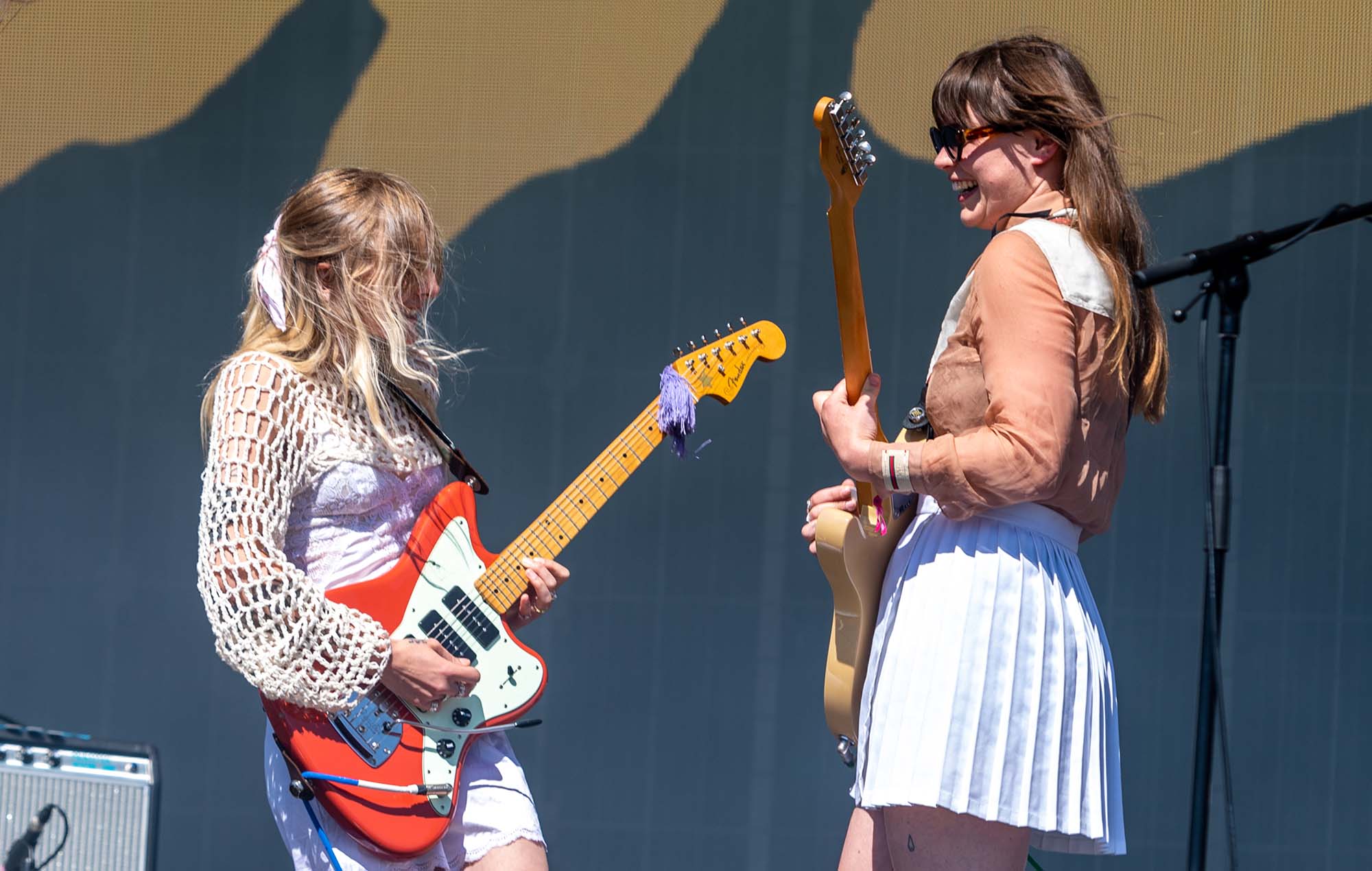 Wet Leg have updated fans on why they didn’t perform two of their recent US tour dates, citing “mental and physical health” concerns.

The duo have been touring their “instant classic” debut album across the States, and were due to play Abiquiú, New Mexico and the Westword Music Showcase in Denver, Colorado on September 9 and 10 respectively. After returning to the UK for a few days, however, it was announced that those dates would not go ahead.

Posting on social media today (September 13), the band wrote: “Hey everyone! just wanted to say sorry for missing you Denver and New Mexico. And no it wasn’t because of covid! truth is that it all got a bit on top of us and we just couldn’t quite manage to get back on that plane.

“It’s been an amazing year playing our music all over the world but our busy touring schedule finally got the better of us this time. I just want you guys to know that it wasn’t an easy decision at all and I’m sorry I didn’t post anything about it sooner. Our mental and physical health are such easy things to overlook when everything is so exciting and so busy, you barely have a moment to check in with yourself.”

The statement concluded with a confirmation that forthcoming dates would still go ahead, adding: “Anyway after many big ugly cries and lots of good sleep, we’re back and ready to rumble. That means Salt Lake City, Phoenix, Life is Beautiful fest, New York and Sea Hear Now fest we are coming 4 u.”

During their return to the UK, the band covered Steve Lacy’s ‘Bad Habit’ in the BBC Radio 1 Live Lounge.

‘Bad Habit’ is featured on Lacy’s second album ‘Gemini Rights’, which was released in July of this year. The Isle Of Wight duo also performed their own track ‘Wet Dream’ while at the BBC studio. Earlier this year, Harry Styles covered the track during his Live Lounge appearance.

“We were just on our phones, doing a good scroll sesh, and then gradually, one by one, we were like, ‘Oh my God, have you seen this?’ Oh my God, this appeared on the internet, and it’s Harry Styles covering ‘Wet Dream’,” Rhian Teasdale said of hearing Styles’ rendition of their track.

‘Wet Dream’ appears on Wet Leg’s acclaimed self-titled debut album, which came out in April. The record scored the group their first UK Number One album, and was recently shortlisted for the Mercury Prize 2022.