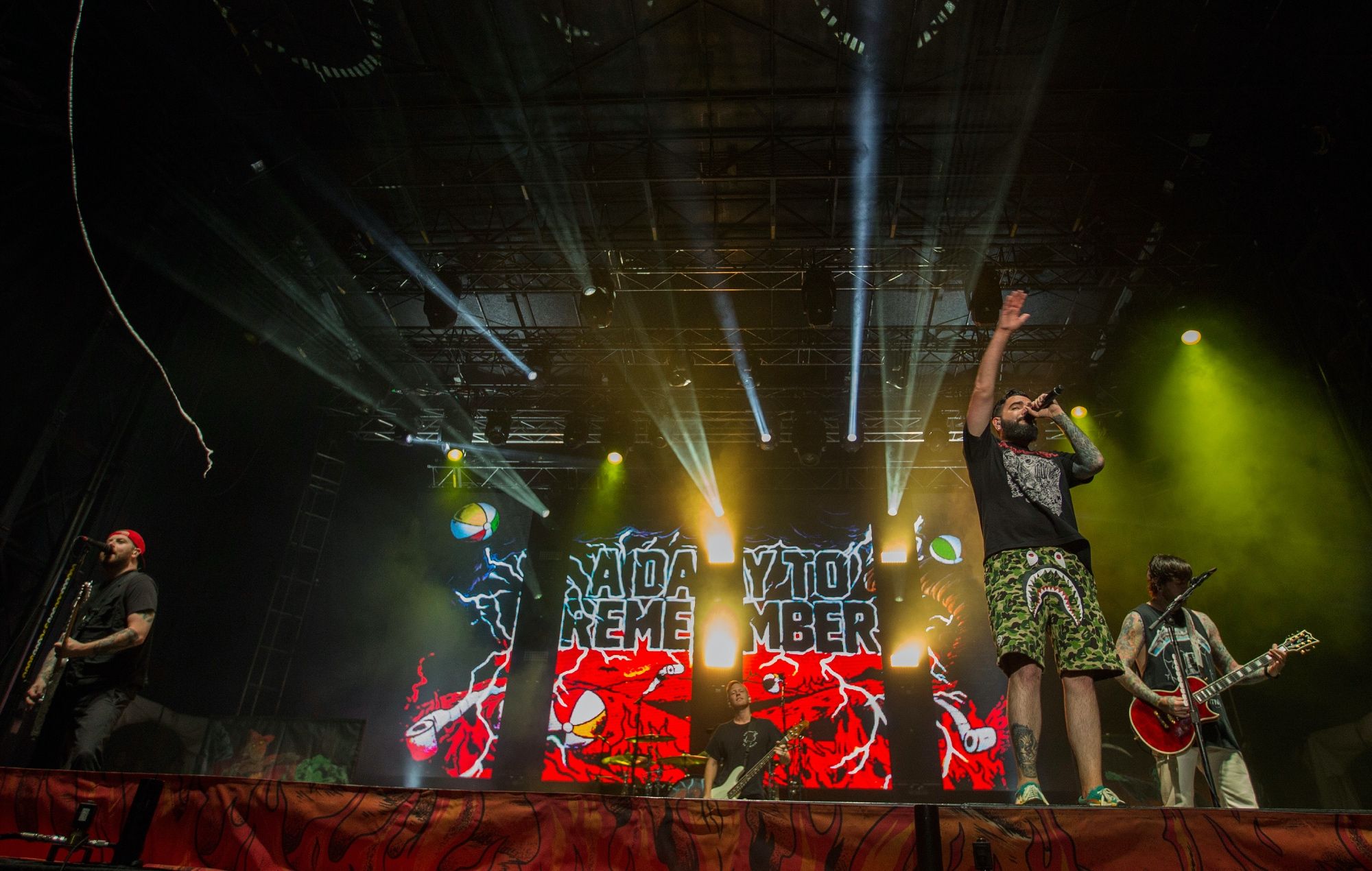 When We Were Young festival announces series of sideshow events

Las Vegas’ upcoming emo nostalgia festival When We Were Young has announced a series of sideshows in addition to the main event.

My Chemical Romance, Paramore, AFI, The Used, Bring Me The Horizon, Taking Back Sunday and more are all set to perform at the Las Vegas Festival Ground on October 10, 23 and 29, as are many other acts from the ’90s/early ’00s emo, punk and rock era.

A Day To Remember are due to play the Pearl Concert Theater at Palms Casino Resort in Vegas with support coming from The Used, Movements and Magnolia Park.

Sin City venue Brooklyn Bowl, meanwhile, is hosting gigs from Story Of The Year, Sleeping With Sirens and The Summer Set.

It’s gonna be a 90’s party! So stoked to announce we’ll be joining our friends in @StoryoftheYear & @thesummerset for a special @WWWYFest Sideshow on October 21st at The Brooklyn Bowl! Pre-sale starts tomorrow at 10am PT with code STRANGE. Tickets on sale FRIDAY 8/12. pic.twitter.com/8UX4krY1OQ

Those groups will perform alongside Strange 90’s, a supergroup comprising revolving members of Goldfinger, Bowling For Soup, Anberlin, The Red Jumpsuit Apparatus, The Early November and more.

Additionally, the House Of Blues is scheduled to stage an ‘Indie Rock Dance Party’ courtesy of Electric Feels.

The following evening (October 22), Brooklyn Bowl will put on an ‘Emo Night Brooklyn’ after-show party featuring Bayside’s Anthony Raneri and Silverstein’s Shane Told. House Of Blues is then set to bring both The Maine and Mayday Parade to the stage on October 23.

Check out the full schedule of sideshow events for When We Were Young in the tweet below. You can find ticket information here.

Our official side shows are here🖤🥀 Get your exclusive presale access, starting Weds 8/10 at 10AM PT through Thur 8/11 at 10pm PT! Enter the code WWWY at checkout. Link in bio. pic.twitter.com/OI7uZvRgN7

Meanwhile, When We Were Young bill-toppers Paramore recently announced an intimate North American comeback tour for this autumn. The band later confirmed that a portion of the proceeds will go to organisations that provide reproductive and abortion services.

“We are outraged by the SCOTUS decision to overturn Roe V. Wade, ending the federal constitutional right to abortion, affecting millions across the country,” they wrote in a post on Instagram last month.

Hayley Williams has since revealed that Paramore’s upcoming sixth album – the follow-up to 2017’s ‘After Laughter’ – was influenced by Bloc Party. The frontwoman singled out the group’s debut album ‘Silent Alarm’ (2005) as “a favourite” of her’s.

“From day one, Bloc Party was the number one reference because there was such an urgency to their sound that was different to the fast punk or the pop punk or the like, loud wall of sound emo bands that were happening in the early 2000s,” Williams explained.