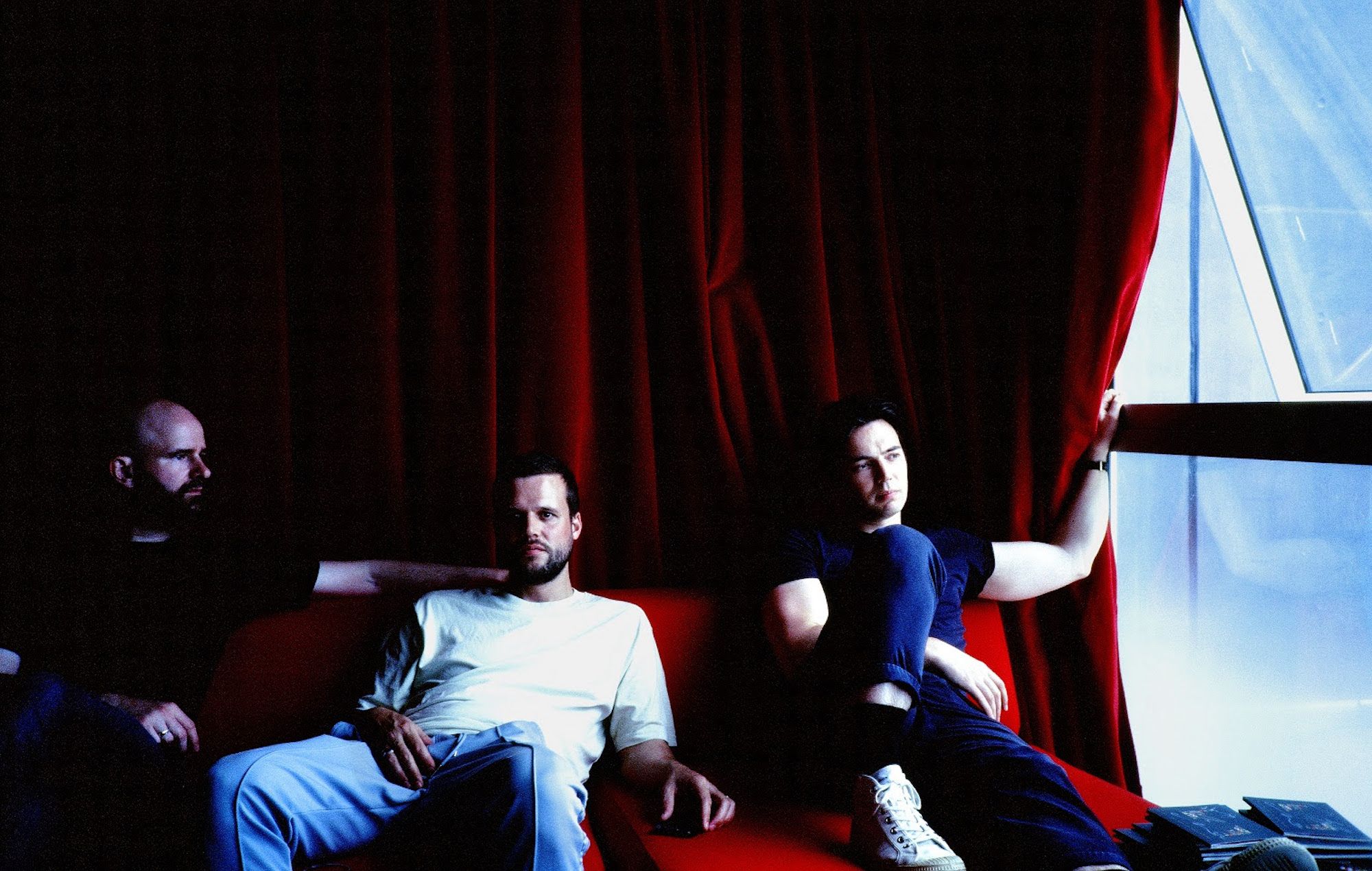 White Lies have shared a new song called ‘Trouble In America’, taken from an upcoming bonus edition of their 2022 album ‘As I Try Not To Fall Apart’.

The trio’s latest album came out in February, and featured the singles ‘Blue Drift‘, ‘I Don’t Want To Go To Mars‘, ‘Am I Really Going To Die‘ and the album’s title track.

On October 21, they will release a bonus edition of the album featuring four previously unreleased tracks. Bassist Charles Cave explained: “We gave up on b-sides years ago, and go into making an album with the sole aim to fit the most cohesive 40mins of music onto two sides of a 12″ that we can. Unfortunately that means some music is sidelined at the final hurdle.”

Cave added: “Unfortunately that means some music is sidelined at the final hurdle. ‘Trouble In America’ was the hardest song to leave off. It was written a couple of days after ‘Am I Really Going to Die’ and lives in the same world, and energy. Desperation funk?

“In this song we jump between the mind of a serial killer, and his good Christian teenage daughter as she realises who…or what her father is and always has been. “My old man’s making trouble in America! Oh, lord, take the weight off me!” she pleads over a cock-rock, Todd Rundgren-esque chorus. We have a history of bonus tracks becoming live favourites, and we’re putting a bitcoin on this horse to keep up tradition.”

Listen to ‘Trouble In America’ below alongside the tracklist for the expanded edition of ‘As I Try Not To Fall Apart’.

Earlier this year, White Lies hit headlines when they were forced to cancel a show in Paris after their equipment was detained by Brexit legislation.

In a statement titled “Sad News” the band wrote: “To our dear fans here in Paris, We and our crew have arrived safely this morning to start our European tour. But our equipment has been detained by Brexit legislation leaving England, along with countless other trucks.

“We are aware this happened to [another] British band last week. We’re devastated to say that without our equipment we do not have a show, and tonight’s has to be cancelled and rescheduled. It’s heartbreaking to be here in this wonderful city, and unable to perform due to such a trivial issue.”