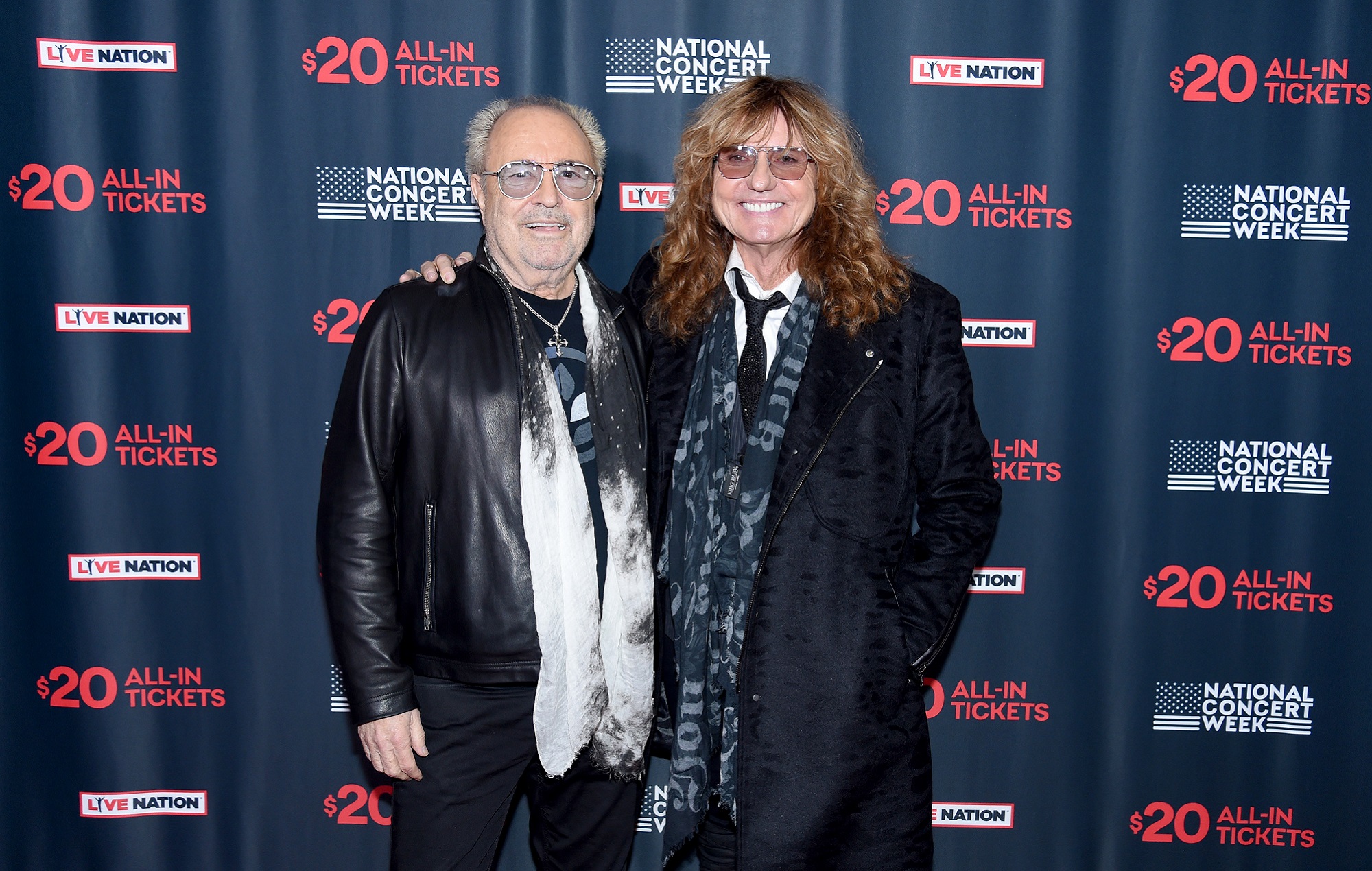 Three rock veterans will join forces for a joint tour of the UK and Ireland next year, with Whitesnake and Foreigner co-headlining alongside special guests Europe.

“I pray every day we can all make this happen and once again, share unforgettable evenings together and celebrate the amazing journey we have been on for almost 50 years!” said Whitesnake’s David Coverdale.

Mick Jones of Foreigner added: “We can’t wait to kick off the summer in the UK and Ireland with a massive tour alongside our friends Whitesnake and Europe. We’re looking forward to playing all our biggest hits for our fans, and rocking across the country.”

Whitesnake, Foreigner and Europe will play:

Europe’s Joey Tempest described the shows as “An evening of some of the biggest anthems in classic rock! We are truly honoured to be invited as special guests.”

The three bands were initially due to tour together in summer 2020, however the shows were cancelled due to the coronavirus pandemic.

Whitesnake released their most recent album ‘Flesh And Blood’ in 2019, while Europe’s ‘Walk The Earth’ appeared in 2017. Foreigner have not released new music since 2009’s ‘Can’t Slow Me Down’.

Back in 2014, Tempest cited Whitesnake as a key early influence on his own band, particularly their hard rock-based 2012 album ‘Bag Of Bones’. That’s what we grew up with, that was our first influence, early Whitesnake and also Deep Purple,” he told Metal Rules.