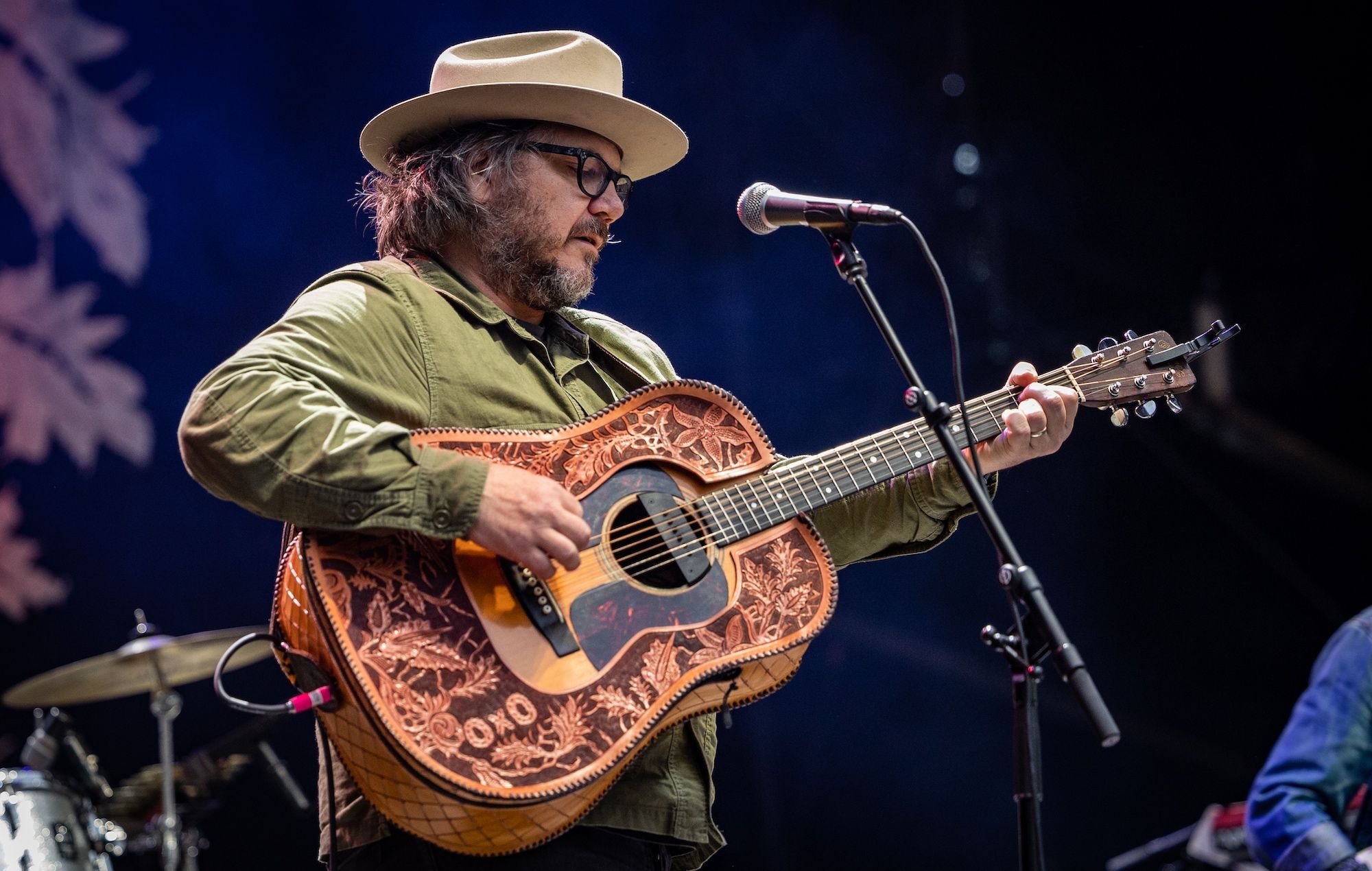 Wilco have shared a fourth preview for the forthcoming reissue of their seminal 2001 album ‘Yankee Hotel Foxtrot’ – a “live in the studio” take of the song ‘Ashes Of American Flags’ – alongside the news of their first-ever shows in Iceland.

The newly unearthed recording was tracked for WXRT’s Sound Opinions series, which saw Wilco perform a series of five ‘Yankee Hotel Foxtrot’ cuts on September 18, 2001. The full session – which also includes six interview tracks – will be presented as one of eight CDs (or 11 vinyl records) in the “super deluxe” reissue of ‘Yankee Hotel Foxtrot’, which is due out on September 16 via Nonesuch.

Have a listen to ‘Ashes Of American Flags (Live In The Studio)’ below:

‘Ashes Of American Flags (Live In The Studio)’ is the fourth song to be shared from the “super deluxe” reissue of ‘Yankee Hotel Foxtrot’, following live recordings of ‘Reservations’ and ‘Pot Kettle Black’, and a demo of ‘Kamera’ dubbed the ‘Unified Theory Of Everything’ version.

The full release will sport a total of 102 tracks, including a newly remastered version of the original 11-song effort. The remaining tracks will comprise demos, drafts and instrumentals, as well as a full 22-song concert recording from 2002. A less intense “deluxe” reissue of ‘Yankee Hotel Foxtrot’, sporting the remastered album and 18 bonus tracks, will also be released on CD. On vinyl, the 11-disc “super deluxe” reissue will be supplemented by a two-disc pressing of the remastered album on its own.

Meanwhile, Wilco have announced a three-night residency in the Icelandic capital of Reykjavík, marking their first-ever performances in the country. The trio of shows are scheduled to run across April 6-8, 2023, and will be held at Eldborg Hall inside the HARPA Concert and Conference Centre. A limited number of passes will be made available through a pre-sale lottery, before remaining tickets go live on Tuesday August 30 – see more details here.

“We’re extremely excited to finally be playing Iceland for the very first time,” drummer Glenn Kotche wrote in a statement. “We can’t wait to experience the culture and people of Iceland—who’ve been the source of so much great music and art. We’re looking forward to making some incredible memories with our fans from around the world.”

Wilco released their 12th studio album, a two-disc effort titled ‘Cruel Country’, back in May via dBpm Records. Flanked by the singles ‘Falling Apart’ and ‘Tired Of Taking It Out On You’, the record earned a four-star review from NME’s Patrick Clarke. In it, he wrote: “If the best country music has always been about storytelling, then on ‘Cruel Country’, Wilco are delivering it in its purest form.”