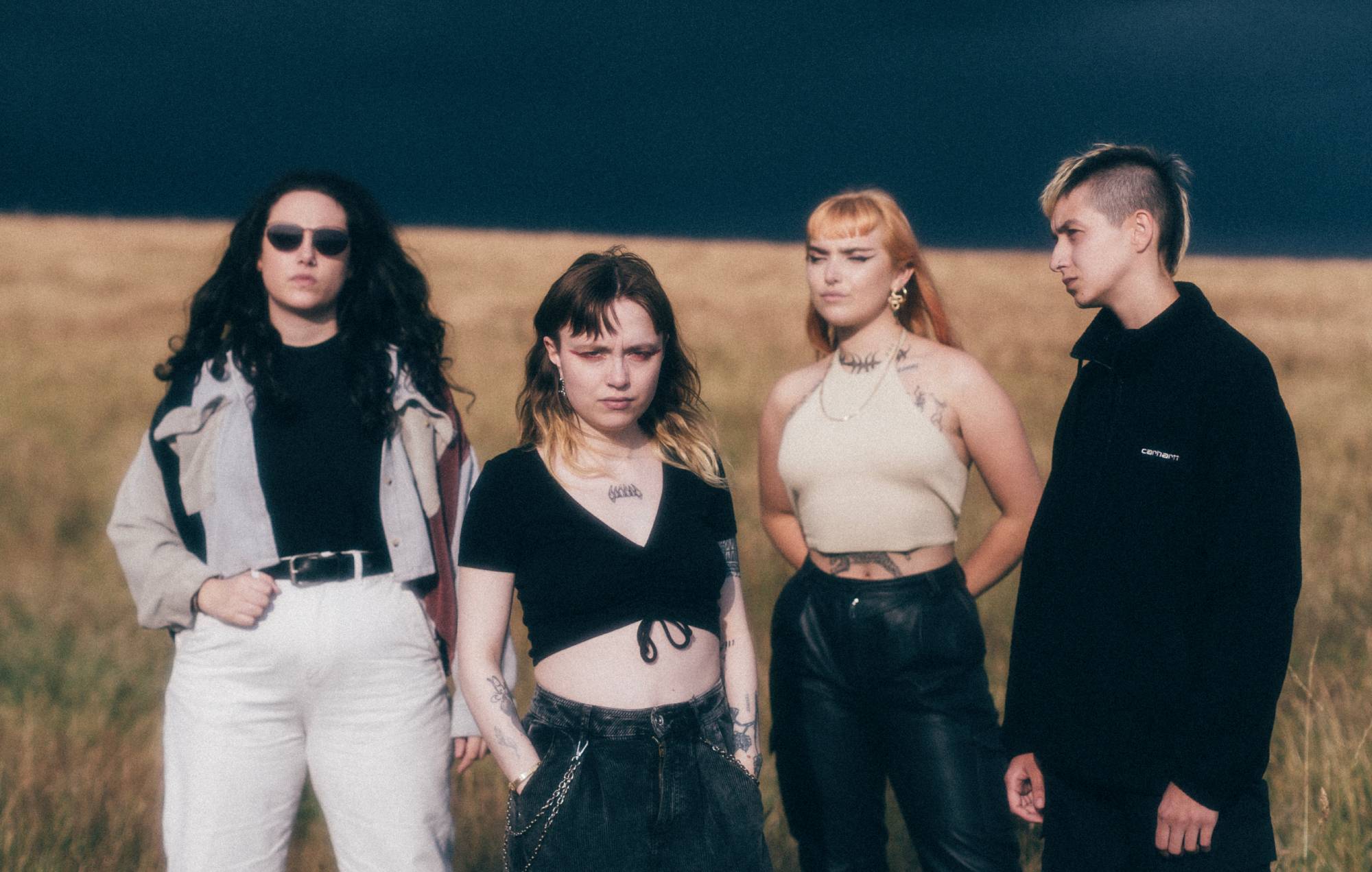 Witch Fever have shared a dark new single today (August 16) called ‘I Saw You Dancing’ – check it out below.

The song is another preview of their upcoming debut album, ‘Congregation’, which arrives on October 21 via Sony’s Music For Nations. You can pre-order the album here.

The latest single offering is described as a “brutalist slab of IDLES-esque bass, as strings rattle the fretboard and trudge the track into life, whilst claustrophobic vocal lines and intense guitar melodies entwine an oppressive atmosphere throughout the duration,” in a press statement.

It adds: “It’s a song about singer Amy Walpole’s experiences in the charismatic church she grew up in, and feeling watched by men as a teenage girl.”

Of the track, Amy Walpole says: “This is a song on the album that we’re really excited about as really it’s the first time we’ve written and allowed a song to have space and time to breathe!

“We’ve been so used to writing quick thrashy tunes it was fun to experiment and write slower ones for the album. We really love the drone of the guitar, the rattle of the bass and the reverb on the snare drum, as well as the vocals being a little more relaxed and expressive”.

The video for the song leans towards a horror-type home-shot movie, which Walpole created with director Sam O’Leary.

Speaking about the video Walpole added” “Horror has always been a genre that we’ve drawn inspiration from for lyrics and artwork because it’s such a potent and multi-layered genre. Horror has such a potential for holding a mirror up to society to reveal the oppression it continues to uphold.

“Typical elements of horror include violence, suspense, fear and the abject which are powerful fictional tools to expose the dark underbelly of society. Horror isn’t known for being the most progressive or inclusive genre, often centring straight white men, and  portraying women and people of colour as either helpless victims, monstrous villains, or a side story to push the male characters plot line forward. Furthermore horror has also historically ignored the existence of marginalised genders and members of the LGBTQ+ community.”

Speaking about the upcoming album, Walpole said: “As our first album we’re really excited to just get it out there. We feel that it’s a step above what we’ve done before as we had a chance to experiment with sound and structure. It was our first opportunity to explore writing a body of work which was challenging but has been so rewarding!”

“…It pushed our creative process because we also had to think about the songs sitting side by side on an album! We tried to break out of what makes a typical ‘witch fever’ song whilst still being true to what makes our sound what it is.”

Earlier this year, the band supported My Chemical Romance at Milton Keynes. They are due to play Reading & Leeds Festival next weekend.