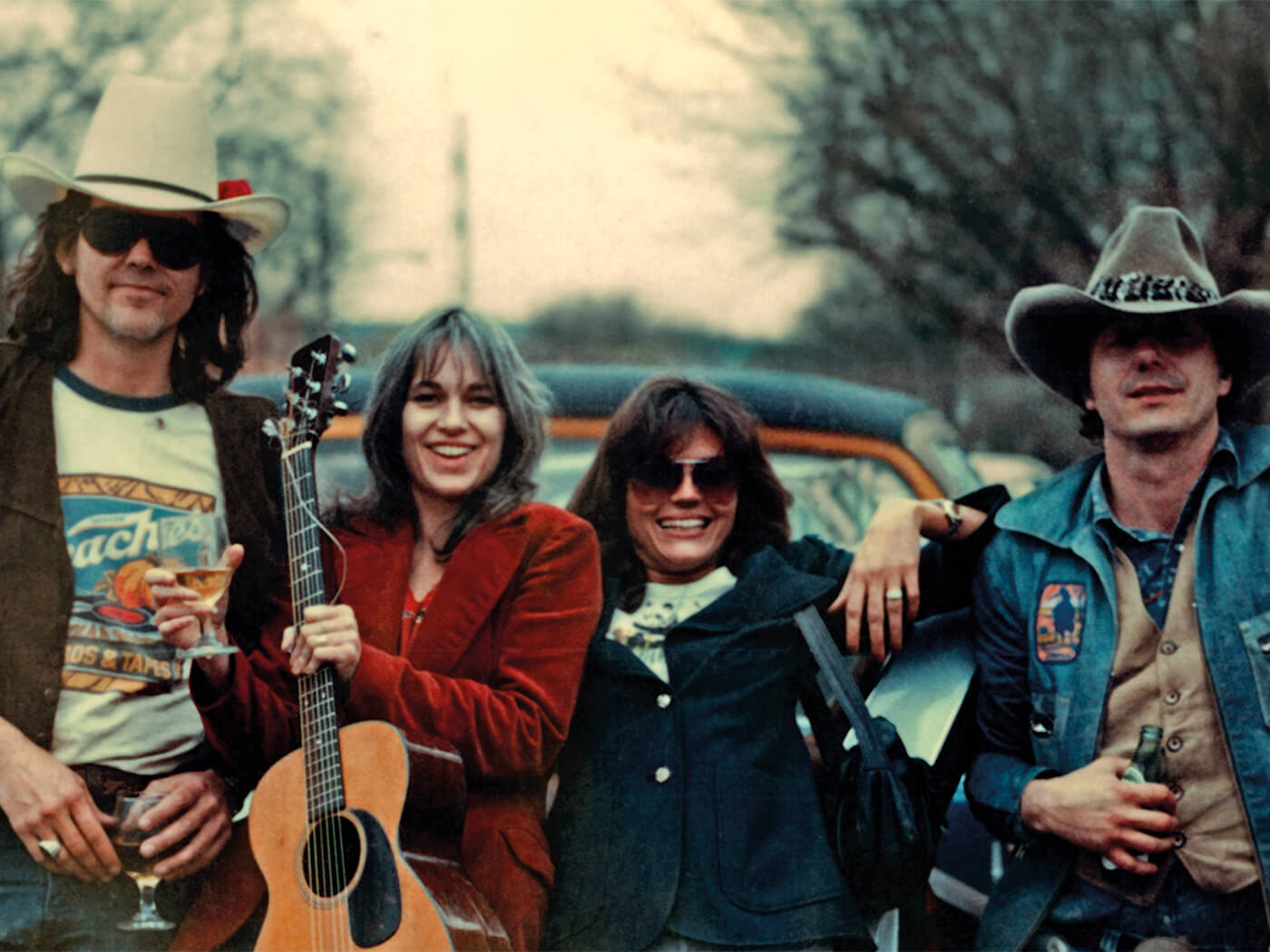 Without Getting Killed Or Caught

Guy Clark’s death in 2016, aged 74, was widely and correctly mourned not merely as the passing of a titan of modern country music, but as something like the end of an era. Though Clark had never become massively famous, he’d written a lot of songs that had, while those who knew of him revered him as a flame-keeper of a particular sort of country – literary and wry, with gentle iconoclastic tendencies. Clark may, more than anyone else, have invented what we now think of as Americana and alt.country.

Without Getting Killed Or Caught – the title is a line from Clark’s song “LA Freeway”, a 1972 hit for Jerry Jeff Walker – chronicles Clark’s life and times, along with those of his two most important partners. One is Susanna Clark, Guy’s wife, a songwriter and painter – her best-known work may be the cover of Willie Nelson’s umpty-selling Stardust. The other is Townes Van Zandt, Clark’s friend, who died in 1997, aged 52. He was certainly no less and no more than Clark’s equal as a songwriter, but acquired a heftier legend via an uncompromisingly dissolute lifestyle. Among the many testaments to Clark’s sagacity from his peers and protégés collected in the film, none rings quite so truly as an old clip of Van Zandt complaining that “He will not let me drive”.

The film draws from director Tamara Saviano’s 2016 book of the same title and Susanna Clark’s diaries, which are narrated by Sissy Spacek. The story is illustrated with personal photos, recordings of Guy Clark interviews, Susanna Clark’s sketches and pictures and cute animations by Mel Chin. It’s as much a story of a complex yet surprisingly robust relationship at least as much as it is a story of either Guy or Susanna’s careers: when the pair first met, Guy was dating Susanna’s sister, Bunny Talley, whose eventual suicide inspired Guy’s “She Ain’t Goin’ Nowhere”; after they were married, it was Van Zandt, their best man, who Susanna often described as her soulmate.

None of the contemporary interviewees are in much doubt that Guy Clark, though promoted and remembered as a solo artist, was really one half of two duos. One, with his wife (“We learned to write songs from Guy and Townes,” says Steve Earle, one of Clark’s acolytes, “but we learned to carry ourselves as artists from Susanna”). The other, with his best friend and sparring partner Van Zandt, who clearly drove Clark to his greatest artistic heights, and (not infrequently) to distraction.

But in the film as in his songs, it’s his Clark’s dry humour and stoic wisdom that radiates. “If I knew how to write the next Garth Brooks hit, I would do it in a second,” he says in one recording, before continuing, with an audible smile, “I’m just cursed with artistic integrity.”