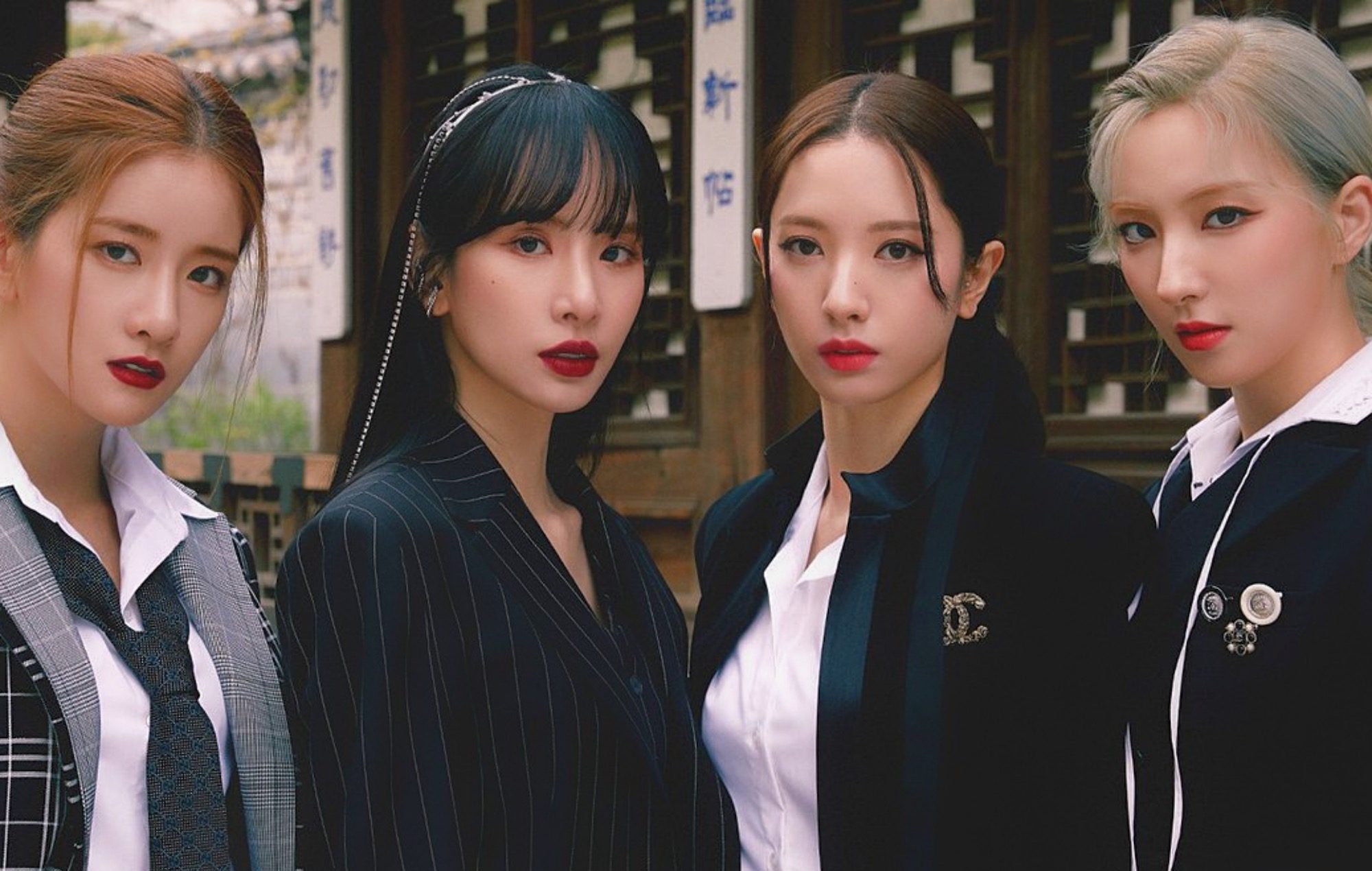 WJSN The Black play cops and robbers in teaser for ‘Easy’

WJSN The Black, a sub-unit of South Korean-Chinese girl group WJSN, have dropped a teaser for their upcoming debut single ‘Easy’.

On May 9, Starship Entertainment revealed the video teaser for ‘Easy’, the title track of WJSN THE BLACK’s upcoming single album ‘My Attitude’. The new subunit consists of members Seola, Exy, Bona, and Eunseo.

In the clip, the girls play cops and robbers in what appears to be a heist taking place during a glamorous party. The video also hints at the the funky, disco-inspired sound of the upcoming song.

‘My Attitude’ will include two tracks, ‘Easy’ and ‘Kiss Your Lips’. The group’s rapper Exy, who has co-written many of the group’s previously releases, also contributed to the songwriting of both songs.

WJSN The Black will be the group’s second subunit following WJSN Chocome, featuring members Soobin, Luda, Yeoreum, and Dayoung. The latter subunit made their debut last October with the single album ‘Hmph!’, which featured a title track of the same name.

WJSN most recently made their comeback as a full group with their ninth mini-album, ‘Unnatural’ on March 31. Chinese members Chengxiao, Meiqi, and Xuanyi did not participate in the album due to conflicting schedules in China.


In other K-pop news, OH MY GIRL have released a quirky music video for ‘Dun Dun Dance’, the title track of their new mini-album ‘Dear OHMYGIRL’. The disco-inspired song was co-written by Seo Ji Eum, who also co-wrote the group’s 2020 breakout hit ‘Nonstop’, alongside hitmakers Ryan S. Jhun, Scot Stoddard and Anna Timgren.