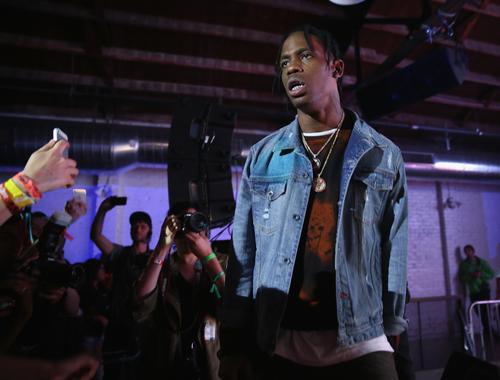 In the fall 2017, Travis Scott announced that he launched his Cactus Jack record. The “Cactus Jack” label was something he’s used on various occasions throughout his career. The name his label was also used for the title his collaboration project with Quavo, Huncho Jack. However, the name his label is now being rebuked by the WWE.

WWE Universe is trying to block Travis Scott’s Cactus Jack label from being trademarked, Wrestling News reports. The name “Cactus Jack” was one the many pseudonyms for wrestler Mick Foley who originated the name in dedication to his father since the 1980’s. The wrestler produced several t-shirts and other merchandising with the name Cactus Jack on it. He also fought some his most memorable matches under the moniker as well. According to PWInsider, the WWE hasn’t had the name actively underneath them since 2010 and Foley retired from the company in 2012. But because they had it for so long, there’s a chance they might be able to block Scott from trademarking it.

Interestingly enough, as Foley’s moniker was a tribute to his father and Travis Scott’s father, whose name is also Jack, also shared the same nickname, as Genius previously reported.

Aside from this issue Scott’s having with the WWE, he recently gave an update on his upcoming Astroworld album. The rapper recently hit Twitter to share a bit information on his studio session with Mike Dean and also revealed that he’s been channeling his inner-Thom Yorke for it as well.