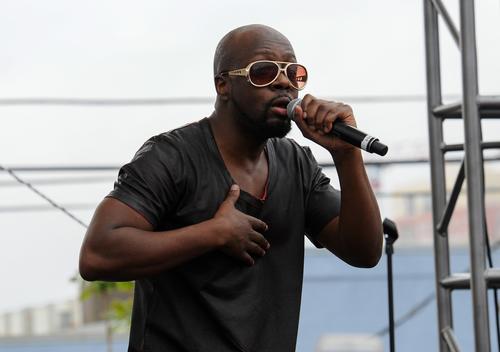 Wyclef Jean’s was hard at work throughout 2017. The former Fugees member released a new mixtape at the top December and throughout the course the year, dropped a few joints. However, in the midst it all, it seems as if he’s been having some troubles over his Miami home which has been foreclosed. Now, he’s expected to cough up a large sum money after a lengthy battle which resulted in his Miami home’s foreclosure.

Wyclef Jean has reportedly been asked to cough up $484,000 in relation to his Florida home which has been foreclosed, according to The Blast. The famed musician was sued in 2008 after it was revealed that he violated some his mortgage agreements for the Miami home that he copped but wasn’t finished renovating. After the case was closed, the Judge ordered that his home be sold f as well as a $2.4 million judgement. The home was later sold for $1.6 million which left Jean with $824K to pay up.

Wyclef and one the cases plaintiffs, The Cruz Family Irrevocable Trust, came to a mutual agreement where Wyclef had to pay them $350K that would be broke down into monthly installments until it was paid f. According to reports, it should’ve been paid f back in 2015. However, The Cruz Family are saying Wyclef never paid any installments. They later went back to court to demand that he pays f the $350K as well as interest.

The judge agreed to their request and now, Wyclef must pay $484,554.90 to The Cruz Family. They’ve since filed documents in New Jersey to start seizing assets to get the money they’re owed.