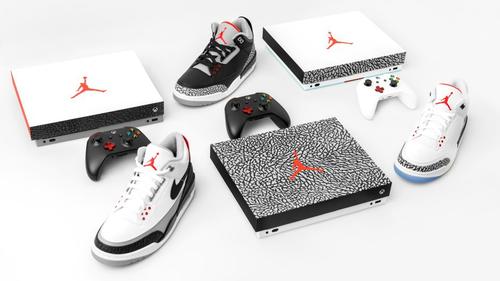 On top that, Xbox has just announced a special Xbox One X giveaway inspired by the beloved Air Jordan 3.

Three fans will have the opportunity to win Air Jordan 3 inspired Xbox One X gaming consoles by participating in the sweepstakes from today until Wednesday, February 21st. All you need to do is retweet the tweet seen at the bottom this post. Click here for full sweepstakes details.

Each the consoles are inspired by the three aforementioned sneakers, featuring the iconic elephant print and Jumpman logo. The winners will not only receive the exclusive Xbox One X, but also the sneaker to match.