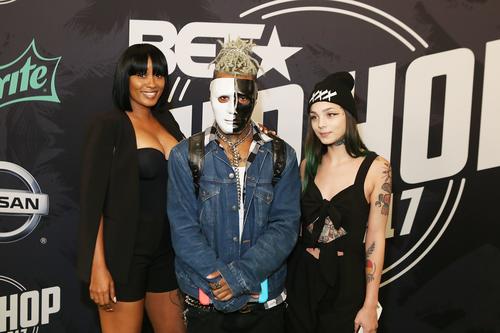 Since his last appearance in front a judge, which dealt with the multiple felonies witness tampering that had been levied against him late last year in regards to his past actions domestic abuse. He’s since been released from jail and been placed under a strict house arrest, where he’s been wiling away the time doing a number things, including trying out some new acoustic material. However, few were prepared for the announcement be made today on social media, which made clear his intentions to pursue another passion or two his.

The rapper also hinted at his videos being an inspirational flavor for his fans. He said he plans on passing along some “motivational advice” to all those watching, with the hopes that he’ll be able to impact the community in a positive way in a form other than music. Only time will tell if his videos become as popular as his rap catalog and if it will resonate with his growing fan base, but at the very least, he is focused on using his time away from the spotlight in the most positive way possible.

Will you be tuning into X’s new YouTube channel? Let us know in the comments.