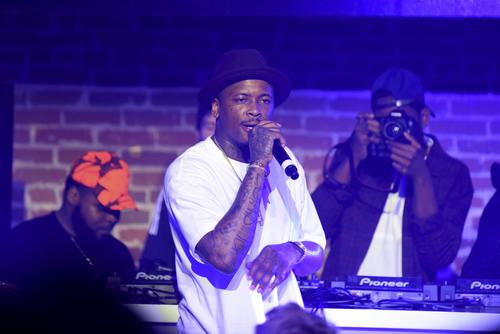 With the NBA All-Star weekend coming in exactly a month, plans are slowly unveiling for after parties and events that are about to happen that weekend. Back in October, YG announced that he and his 4HUNNID brand will be hosting “The Boogie” All-Star Weekend two day takeover. The event is set to kick f on the 17th February and YG has some big plans up his sleeve. The rapper ficially announced the details for his upcoming events including players for the celebrity game.

YG and 4HUNNID brand will kick f their upcoming “The Boogie” All-Star Weekend takeover on February  17th and will have some your favorite rappers going head to head on during the 3 on 3 celebrity basketball game. YG, Nipsey Hussle, Belly, Syd, DJ Mustard, Famous Dex and more will serve as player coaches in a round robin tournament. The tournament will occur in the parking lot The Shrine Expo.

The celebrity game will occur during the day on Feb 17th but they still big plans for the rest their evening. On top the celebrity game, they also have a “Night Boogie” planned. The party continues inside The Shrine Expo Hall afterwards with perfomances from YG with DJ Mustard, The 4Hunnid Records roster and Lil Pump as well as a number surprise special guests.

Aside from performances, there will also be a Starter Pop Up Shop and a 4Hunnid Low-Rider Merch Shop. There will also be a XBOX Gamer Tournament going down as well as food trucks and a Tattoo Booth with Tat2nene who has done work on 2 Chainz in the past.